south garage BMW R75/5 nerboruta custom motorcycle: the italian term ‘nerboruta’ is used to describe something powerful, muscular, and having a sinewy definition. it also happens to be the name given to this stunning 1979 airhead from italy’s south garage motor co., and it perfectly reflects the bike’s presence. 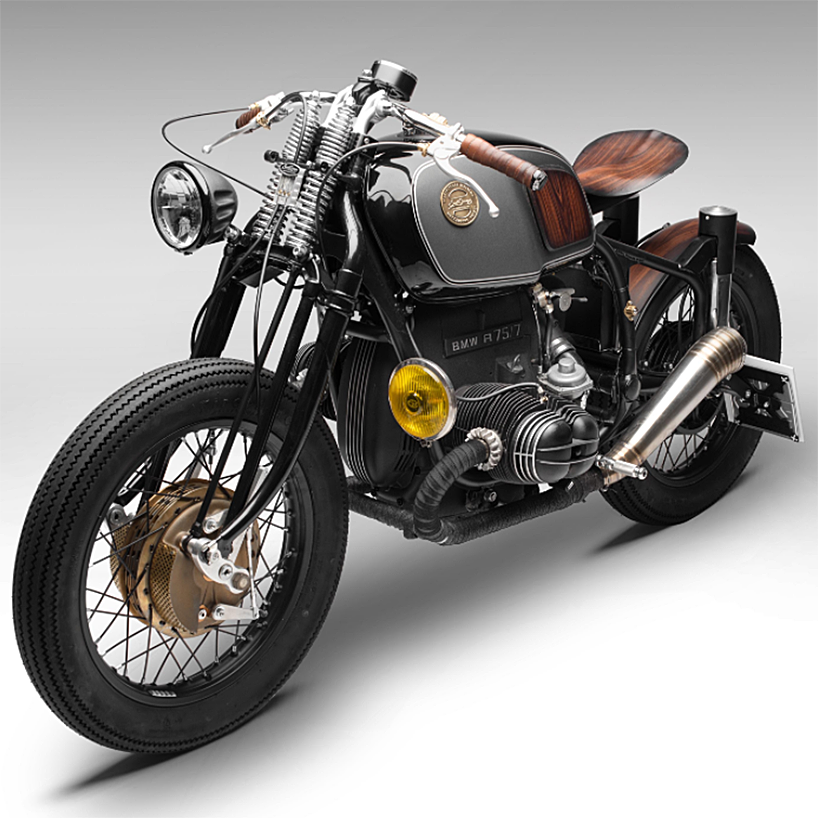 transforming the late 1970’s BMW from a classic tourer to a lively bobbed beauty was no easy task. after stripping things back to their barest essentials, south garage motor co. went to work on handcrafting the parts and components to give ‘nerboruta’ a stance that earns its name. the bike’s geometry received a massive change when the springer front end was fitted: the relocation celebrates mechanical simplicity, and this one may be the smartest looking to be seen in a while. from there, the original tank was tossed in favor of a hand-formed, scalloped unit with a profile more befitting to the bike’s bobbed rear-end. 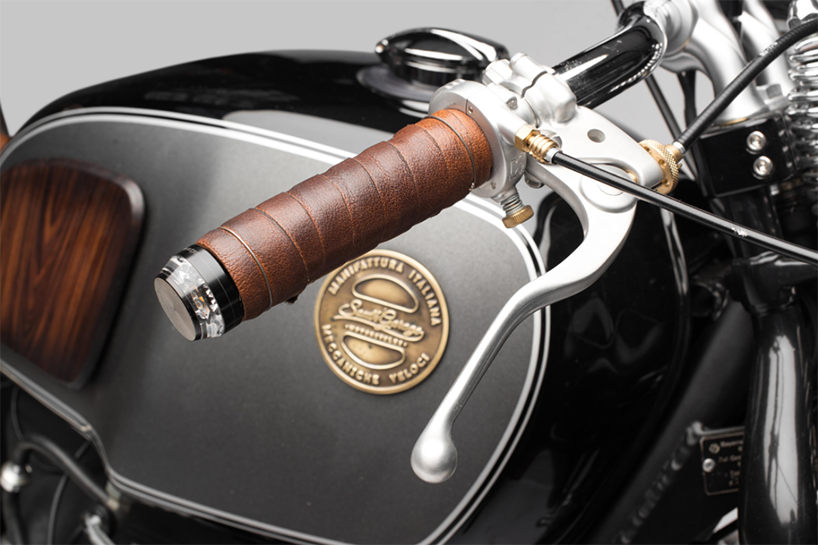 that handmade wooden seat alone appears to have the level of craftsmanship which would garner some presentation space at most art galleries. wood-grain accents are fast becoming a prevalent theme in the custom world of motorcycles, and south garage is quickly becoming a master of the art. 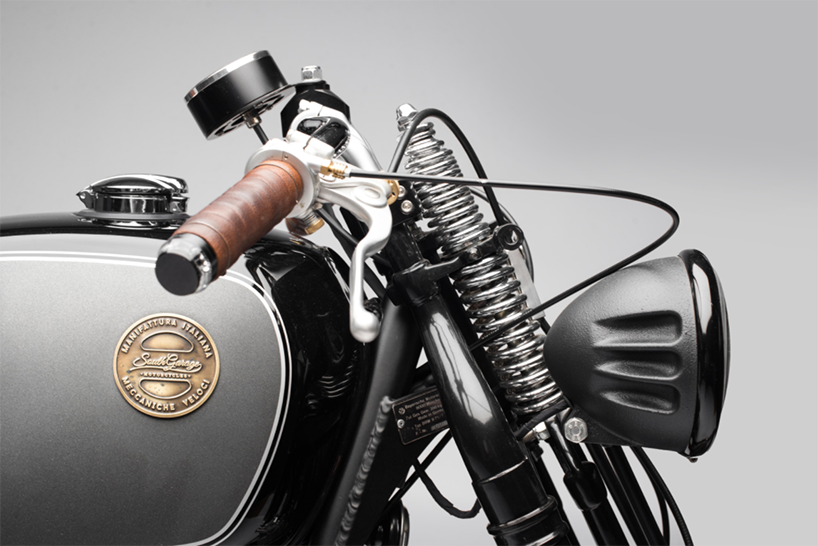 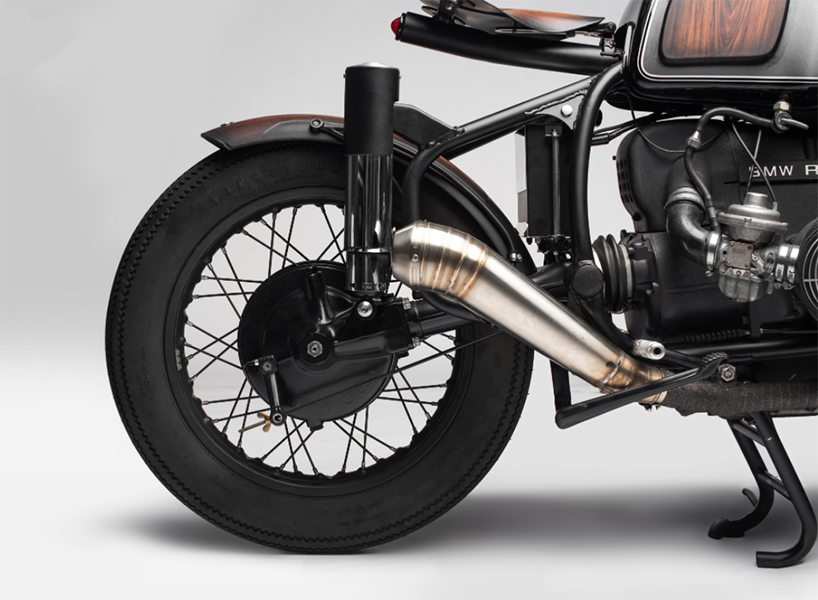 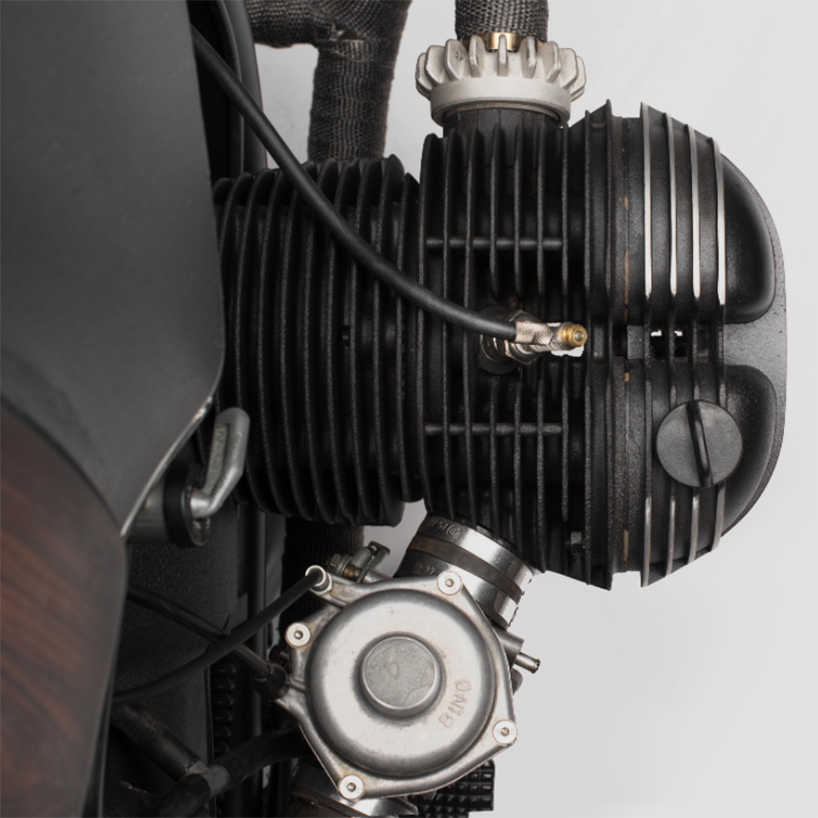 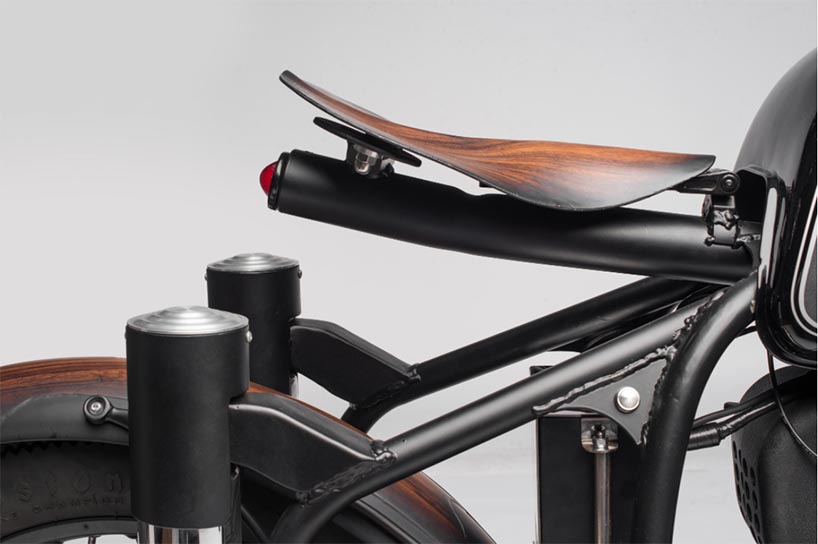 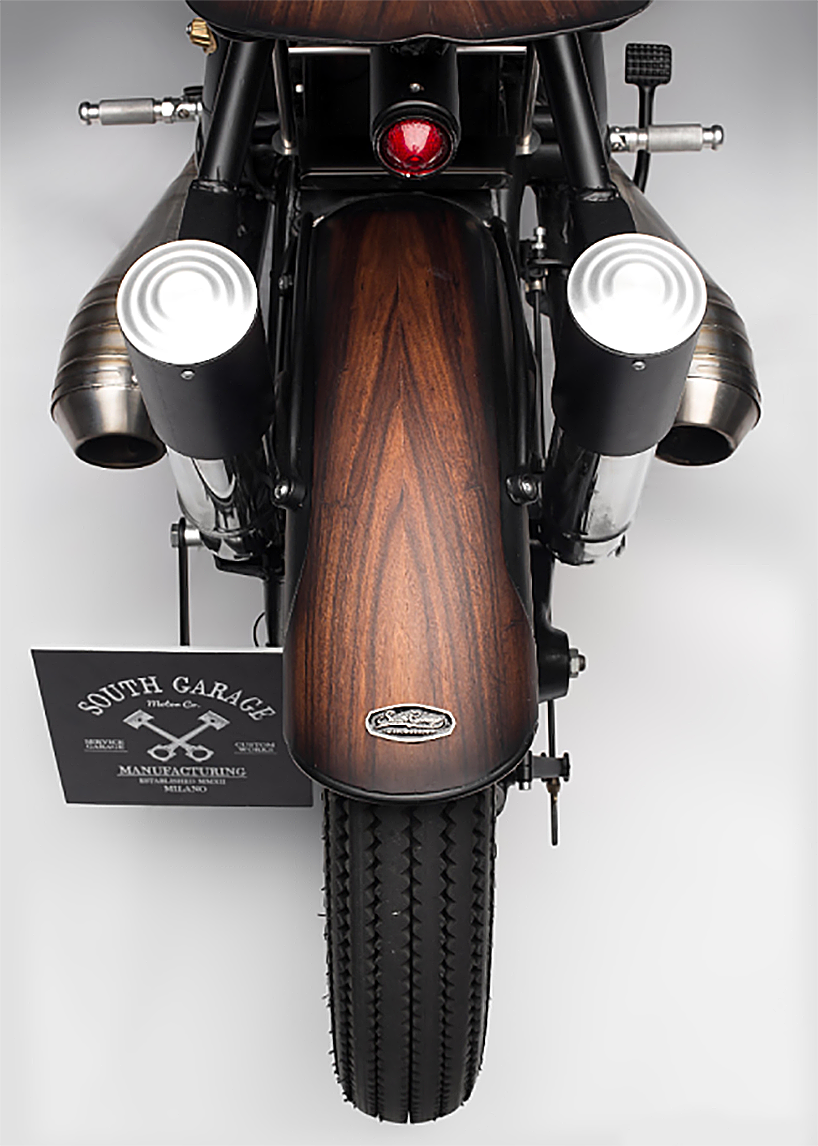