the world’s first publicly controlled remote camera is set to be installed on the international space station (ISS), providing a real-time video stream from outer space. the ‘space avatar’ experience allows the general public to remotely operate an onboard system and view its real-time video stream from a facility in tokyo. a robotic cargo spacecraft called ‘kounotori 9’ delivered the first iteration of ‘space avatar’ to the ISS on may 20, 2020. the avatar will be installed near a window on ‘kibo’, a japanese science module on the ISS which is currently orbiting the globe at an altitude of 400 km (249 miles) and a speed of 8km (5 miles) per second. 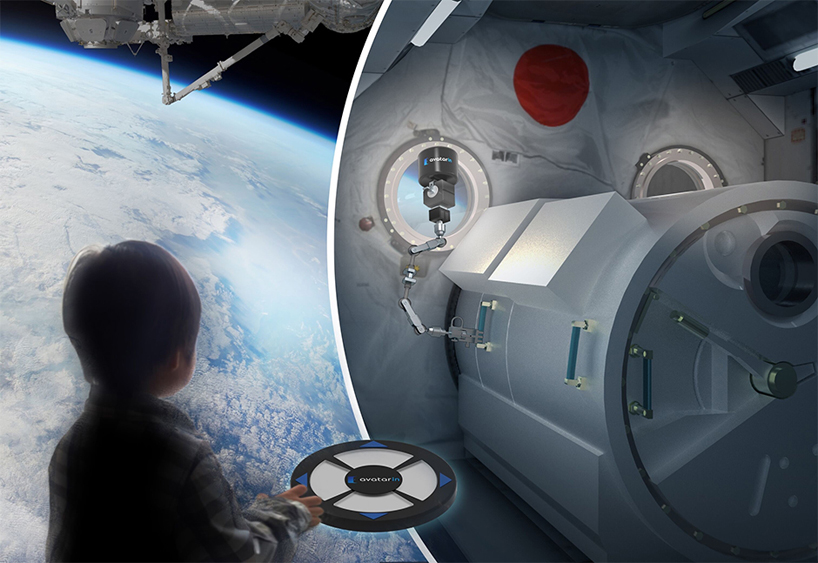 developed by avatarin (part of the ANA group) and JAXA (the japan aerospace exploration agency), the world’s first space avatar experience allows individuals operating the system from the ground to view the earth from aboard the ISS. the intentions of the operator are transmitted to the remote avatar and resulting sensations such as sight, sound, and touch detected by the system are fed back to the user. operation of the space avatar system will be made available at an event to be announced and held later this year in tokyo, with detailed information and updates available on avatarin’s website.

referred to as ‘phase 0’, the project is one of many programs aimed at making the ‘kibo’ module available for more commercial applications in future. the next phase will see the demonstration and implementation of avatar technology onboard the space station. this will take the form of spheroid robot assistants that will help the ISS crew carry out their missions. the robots, pictured below, have been designed by clouds architecture office, an idea driven multidisciplinary practice based in new york. 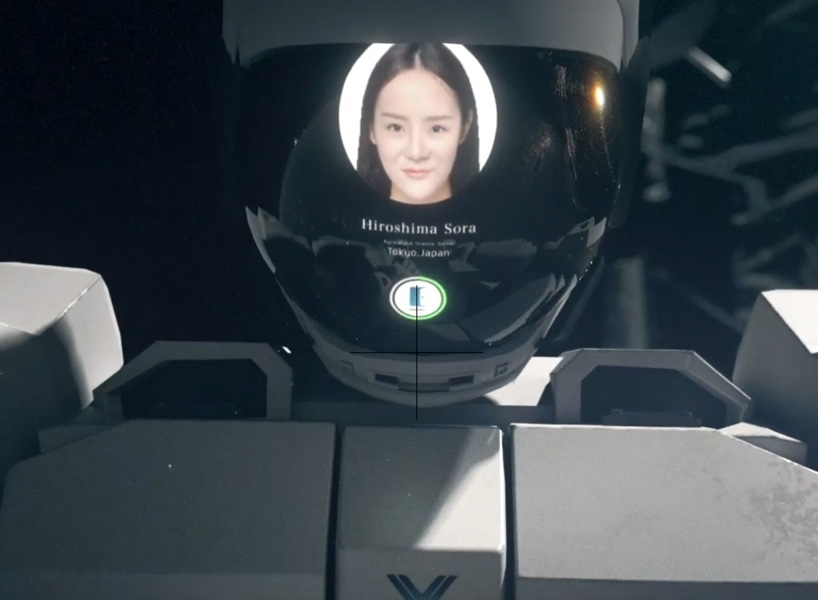 screenshot illustrating the potential of the ‘space avatar’ 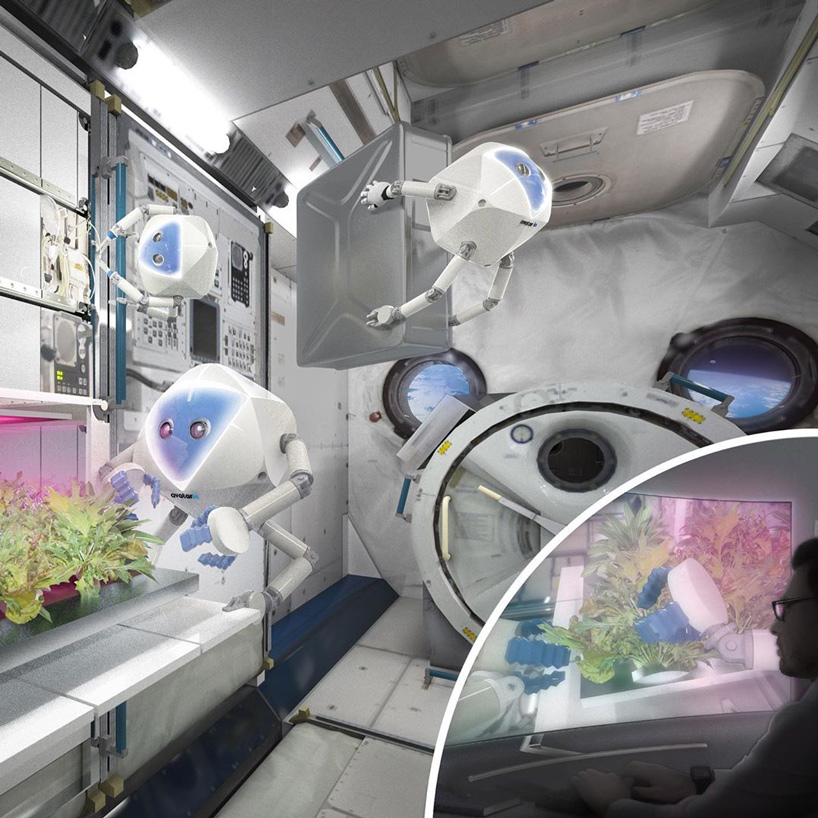 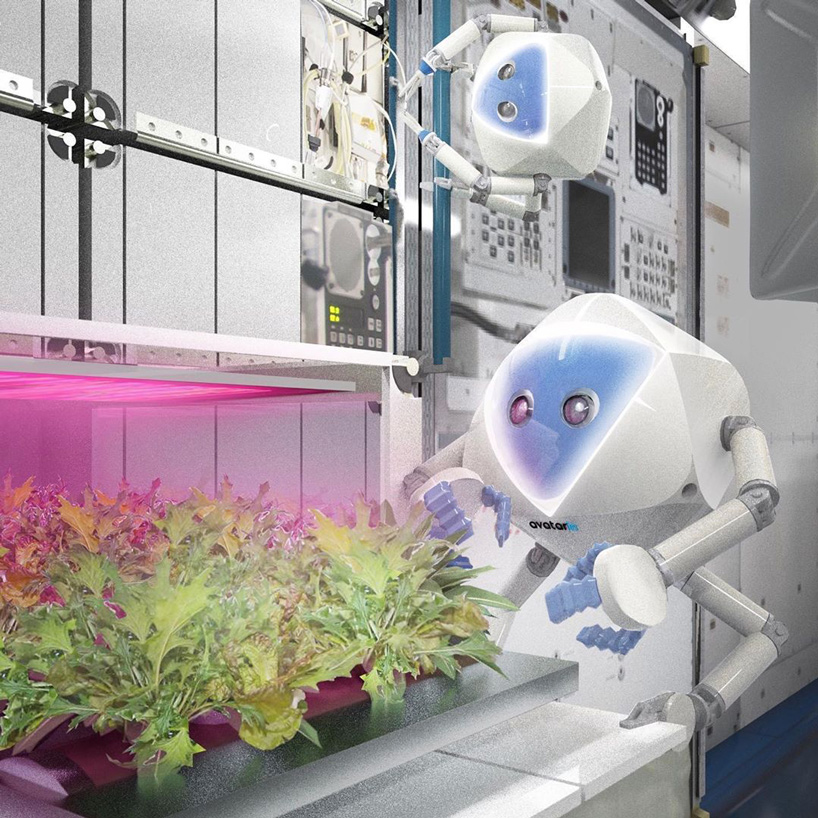 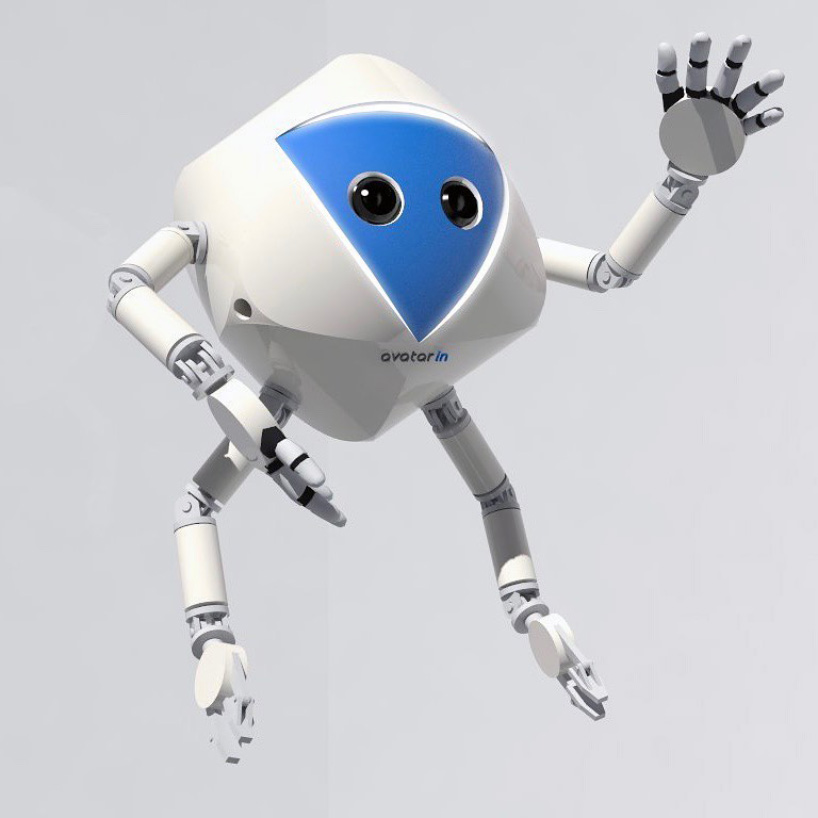 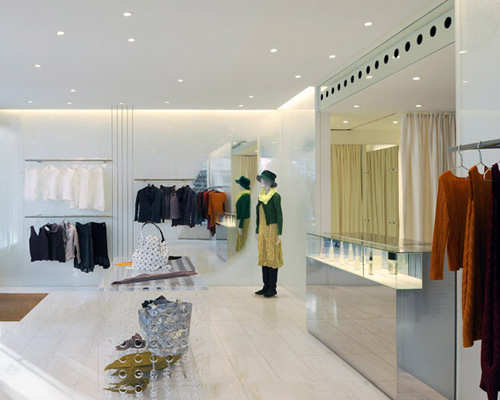