during a live launch event in california, founder and CEO elon musk unveiled the ‘dragon V2’, spaceX’s first manned commercial spacecraft. unlike the ‘dragon’, which was designed to deliver cargo to-and-from the ISS (internation space station), the latest vessel is capable of carrying up to seven astronauts to orbiting destinations in space. the ‘dragon V2’ has also made a leap in technology, including autonomous docking and landing with an innovating propulsion system. the fully re-usable spacecraft will also feature ‘superdraco’ thrusters, 3D printed titanium engines that produce approximately 32,000 pounds of thrust when paired together. 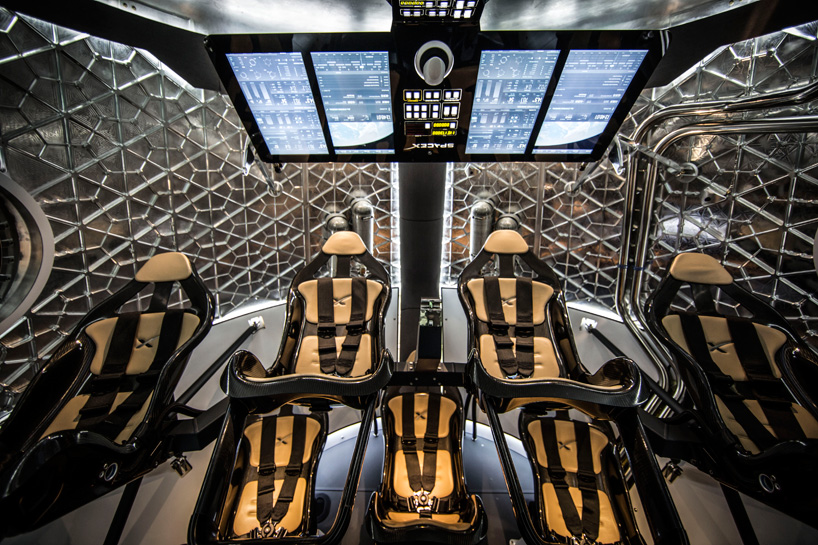 inside the cockpit, the ‘dragon v2’ minimizes clutter with a clean and simple overall aesthetic, equipped with touch interfaces; as the pilot you can interact with the overhead screen, and control the spacecraft with a palm-sized handle. in the case of a system failure, all the switches needed for emergency have been configured for manual operation. 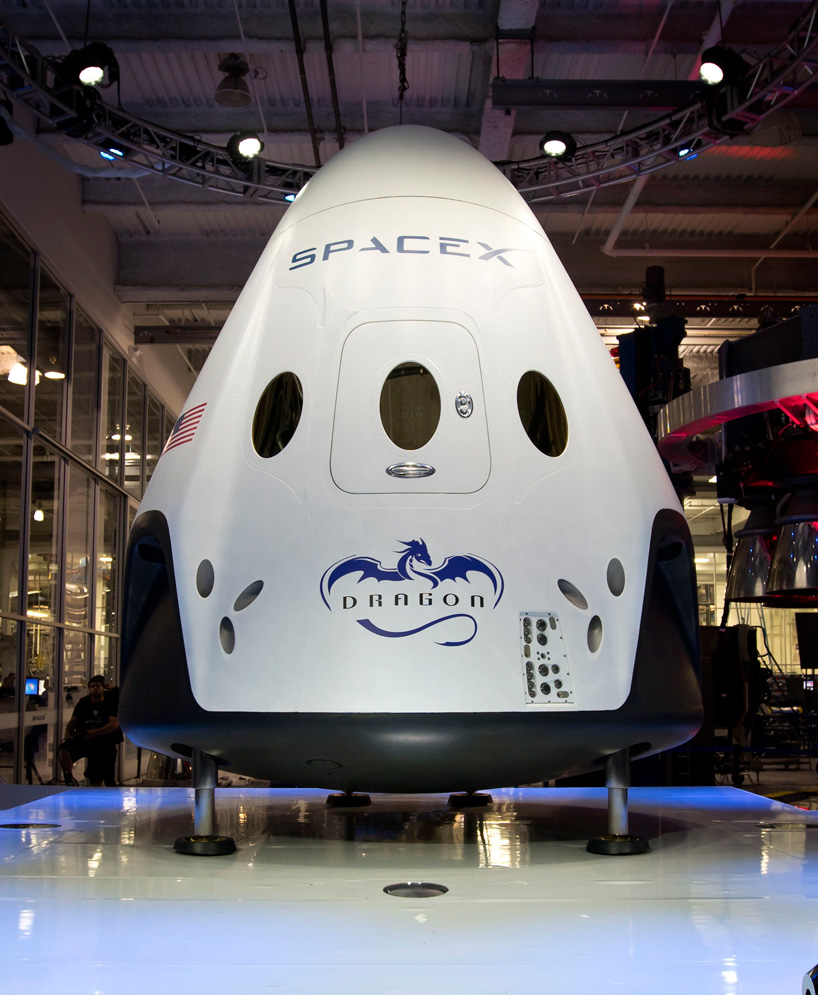 detail of the dragon V2 spacecraft 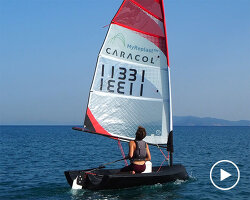