when spacex launched its falcon 9 rocket out of vandenberg air force base last friday, causing the witnessing majority of the population to believe they had witnessed an alien spaceship, it was only a matter of time till a video beautifully capturing the entire thing reached the surface. photographer jesse watson is the creative responsible for such video – a spectacular 40-second time-lapse of the rocket penetrating the californian sky. 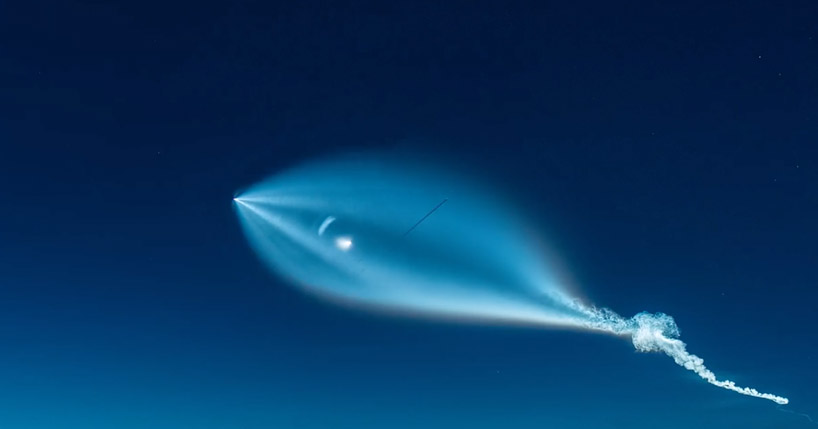 the video was captured 400 miles away from the rocket launch,
images courtesy of jesse watson

the video was captured from watson‘s home 400 miles away in yuma, arizona. to capture the time-lapse he used the photographer’s ephemeris, a map-centric sun and moon calculator, as well as google maps to figure out where to set up his shots. working with this estimated knowledge, watson used four cameras and five lenses at four different locations, using normal camera rolling time-lapse and one rolling telephoto video. 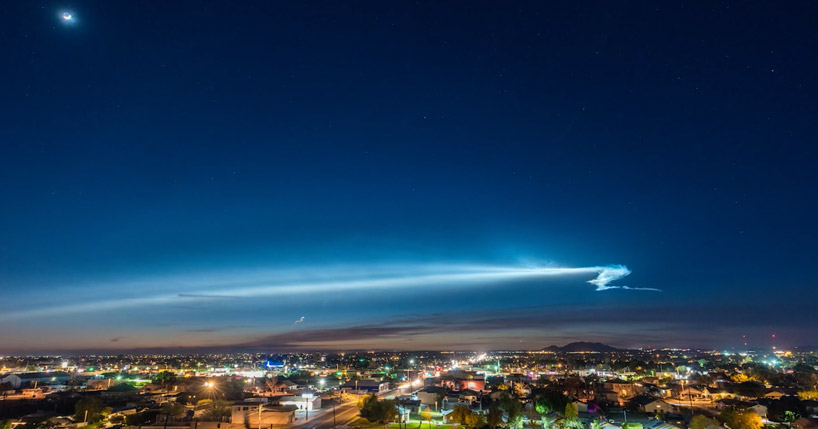 ‘I have never shot a rocket launch before, so I did not know exactly what to expect as far as exposure or precise location of the rocket in the horizon,’ watson explains. ‘I wanted to be prepared to capture comprehensive coverage of the spectacle.’ watson shot 2,452 images of the spacex launch condensing them into 1,315 images for the time-lapse.