on may 30, 2020, SpaceX successfully launched astronauts bob behnken and doug hurley into space, returning human spaceflight to the united states after nine years. now, after almost 24 hours in orbit, the two NASA astronauts have docked the crew dragon at the international space station (ISS). behnken and hurley arrived at the station at 10:16 am EDT while the spacecraft were flying about 262 miles (422 km) above the northern border of china and mongolia. following ‘soft capture’, 12 hooks were closed to complete a ‘hard capture’ at 10:27 am. teams then conducted standard leak checks and pressurization between the spacecraft in preparation for hatch opening.

the crew members have opened the hatch between the space station and dragon endeavour at 1:02 pm., allowing hurley and behnken to enter their new home in space as members of ‘expedition 63’. 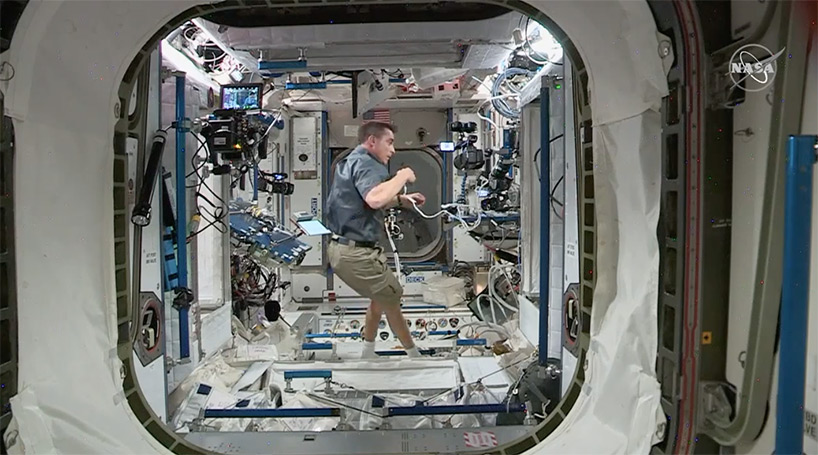 aboard the ISS, the crew members of ‘expedition 63’ — NASA astronaut chris cassidy, and russian cosmonauts anatoly ivanishin and ivan vagner — have welcomed behnken and hurley aboard. the successful docking completed many of the test objectives of the SpaceX demo-2 mission, and the rest will be completed as the spacecraft operates as part of the space station, then at the conclusion of its mission undocks and descends for a parachute landing in the atlantic ocean. NASA’s SpaceX demo-2 mission continues to be streamed on NASA television — see live coverage in the video at the top of the page. 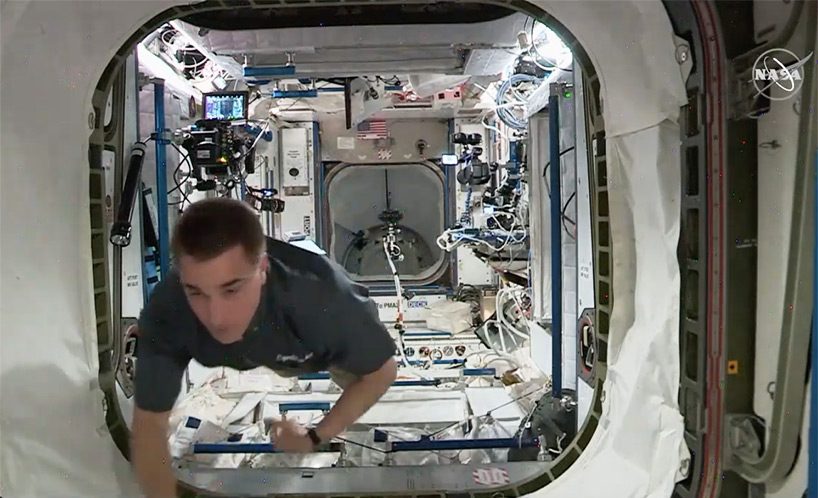 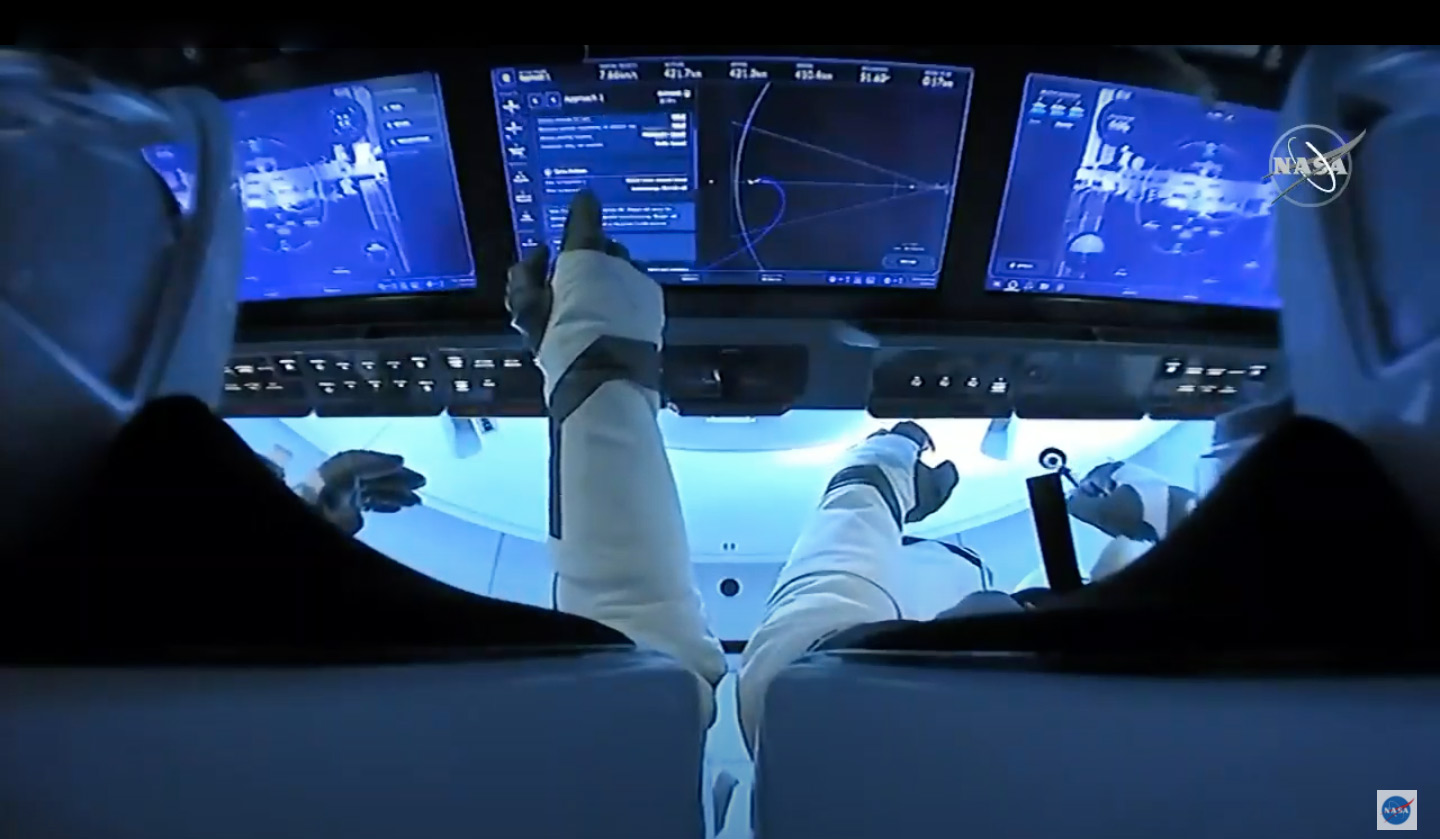 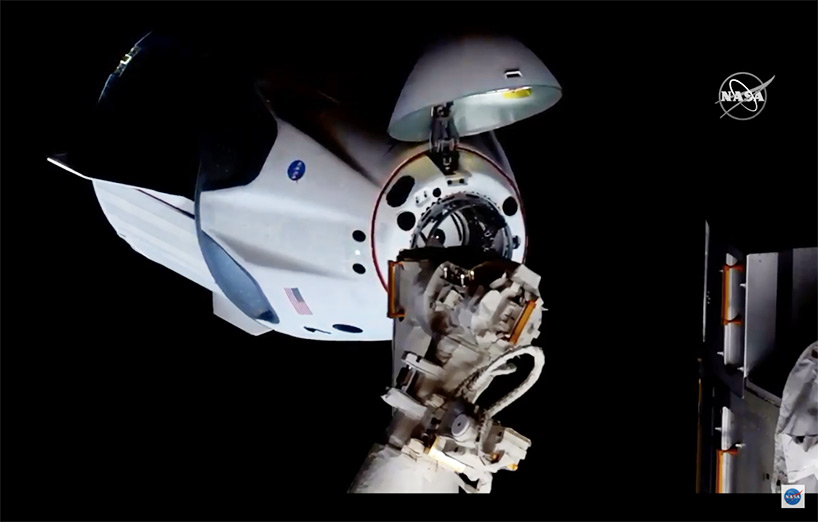 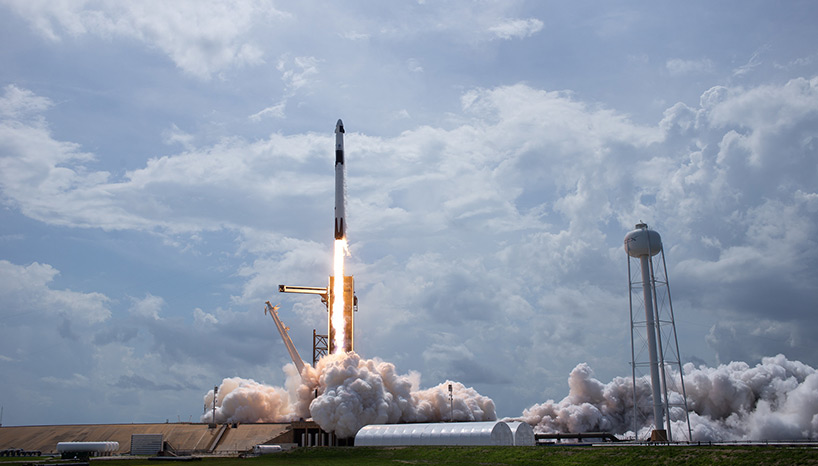 on may 30, 2020, SpaceX successfully launched the falcon 9 with the crew dragon’s second demonstration (demo-2) mission at NASA’s kennedy space center in florida
image by NASA/bill ingalls 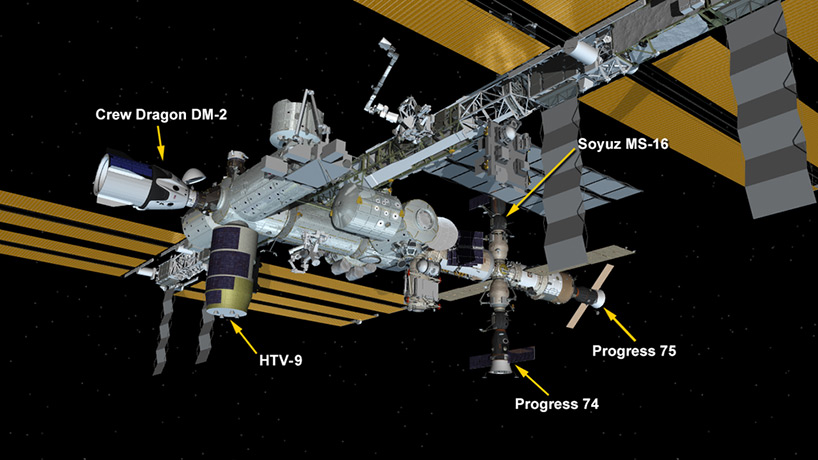