spaceX has proven that its rockets are in fact, reusable. on sunday, may 9 at 2:42am EDT, their falcon 9 spacecraft launched 60 starlink internet satellites from the space launch complex 40 (SLC-40) at cape canaveral space force station in florida. following the stage separation, the falcon 9’s first state returned to earth and landed on the ‘just read the instructions’ droneship. 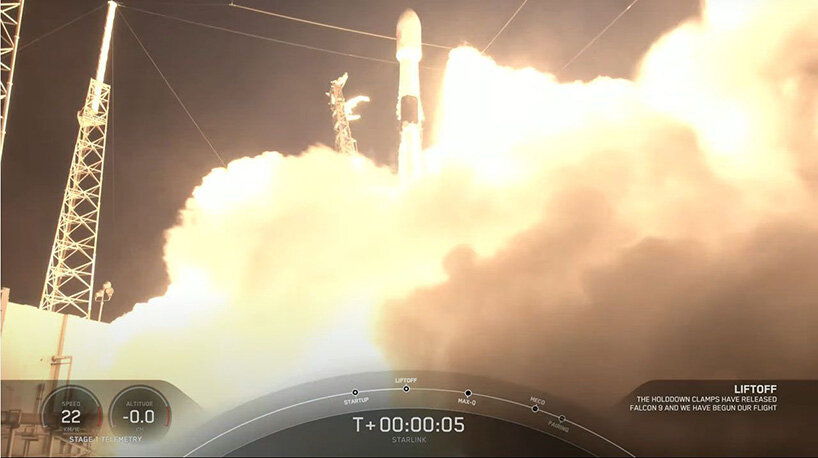 images and screenshots by spaceX

this launch marked spaceX’s 14th launch of the year but was particularly special because it was the falcon 9’s 10th launch and landing attempt. the first stage booster previously supported crew dragon’s first demonstration mission to the international space station, the RADARSAT constellation mission, SXM-7, and now seven starlink missions. in the videos you can even see the scratches the spacecraft has from its previous trips. 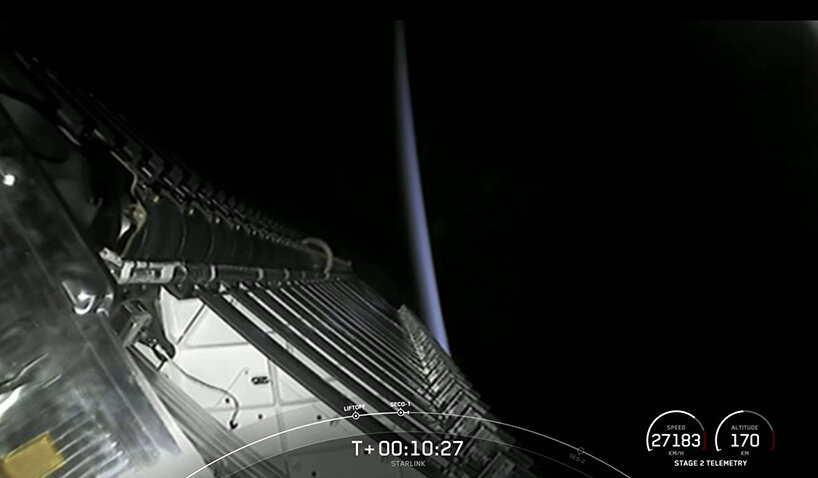 the entire pre-dawn launch and landing has been recorded on video — watch it below. 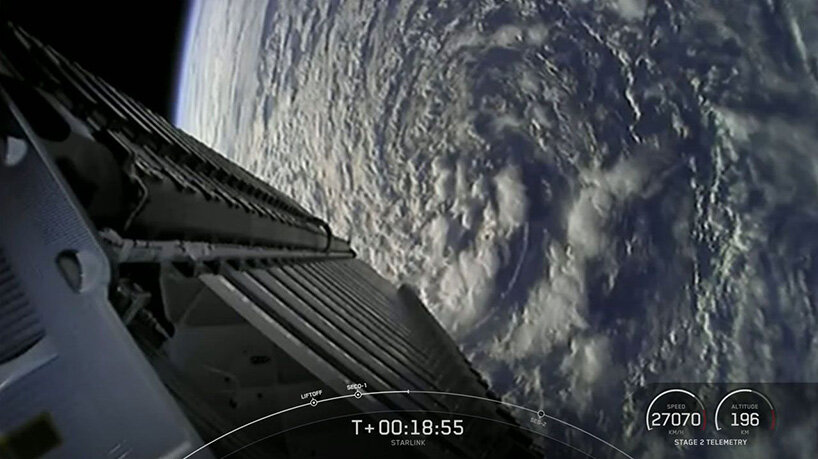 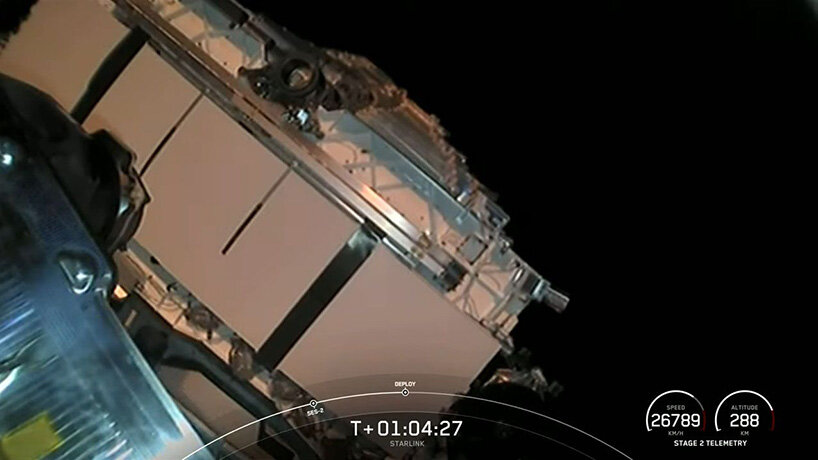 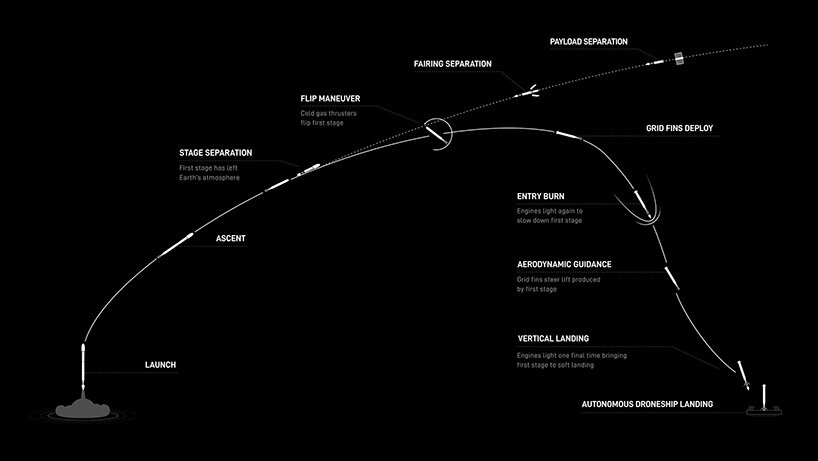