a prototype of spaceX’s ‘starhopper’ rocket successfully took to the skies for a second time in south texas. the next generation rocket lifted 150m into the air, moved sideways and gently landed back on earth, demonstrating the vehicle’s ability to take off and land in a controlled manner. 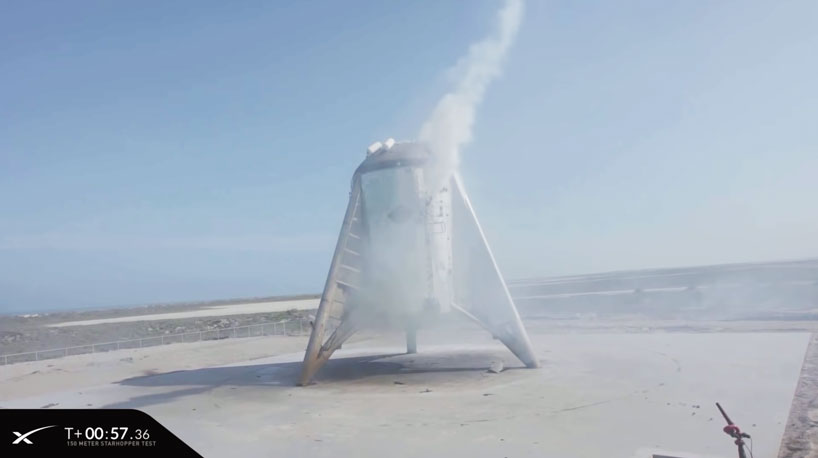 starhopper is part of an effort to develop a new engine that will burn liquid methane in contrast to the kerosene in the firm’s current engines. back in july the vehicle successfully ‘hopped’ to a modest 18m. the federal aviation administration (FAA) licensing had previously limited activity to no more than 25m above the ground.

the most recent test paves the way for more aggressive testing of the vehicle’s design in the months ahead. once completed, the spaceX starship will serve as the upper stage of the big falcon rocket (BFR) launch vehicle. spaceX is expected now to turn starhopper into a static engine test stand, shifting flight action instead to two starship prototypes, according to the BBC. the starship vehicle is the second stage of the under-development super heavy rocket, which will launch from earth some time after 2021, depending on prototype testing. 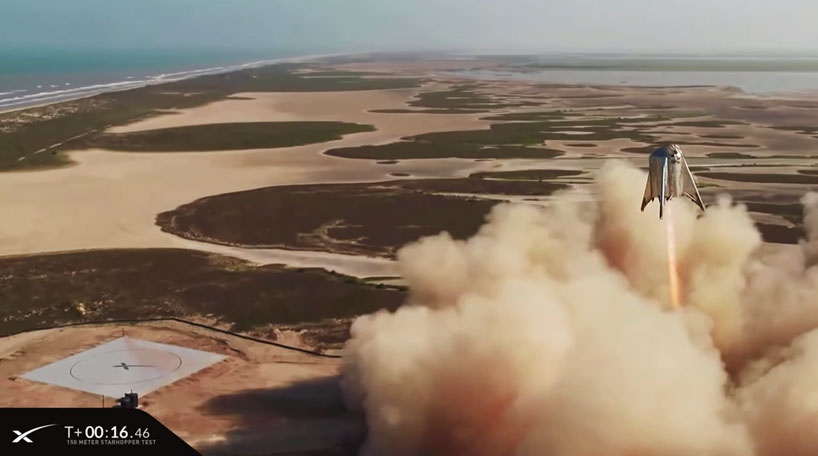 spaceX is proposing versions of the new vehicles that could put satellites in orbit, and to send cargo, fuel and people beyond earth, to destinations including the moon and mars. after successfully launching the starhopper prototype, CEO elon musk vowed in a tweet to land the starship rocket on the ‘rusty sands of mars’.