as many creatives know, working under regulations everyday can drastically limit the freedom to expressive whatever you want. specialized creative director robert egger is feeling that burden, and needs to vent, creatively speaking. he’s come up with a concept bike named ‘eff you see eye’ or ‘fUCI’. it represents everything UCI (union cycliste internationle), the governing body of every major bike tour in the world, wants to keep regulated. 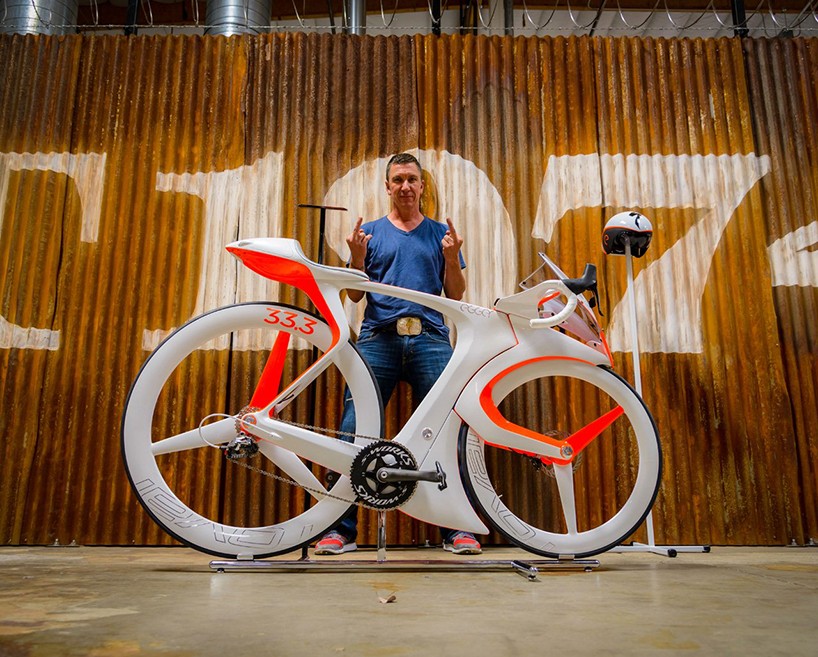 ‘the UCI really caters to a very small population, but there’s so many other people out there who couldn’t care less about the UCI,’ describes creative director robert egger. ‘they don’t follow the racing and they don’t even know all the limitations that are put on bikes for the UCI riders. so, my feeling was let’s design a bike for someone who really just wants to go fast on a road bike.’ 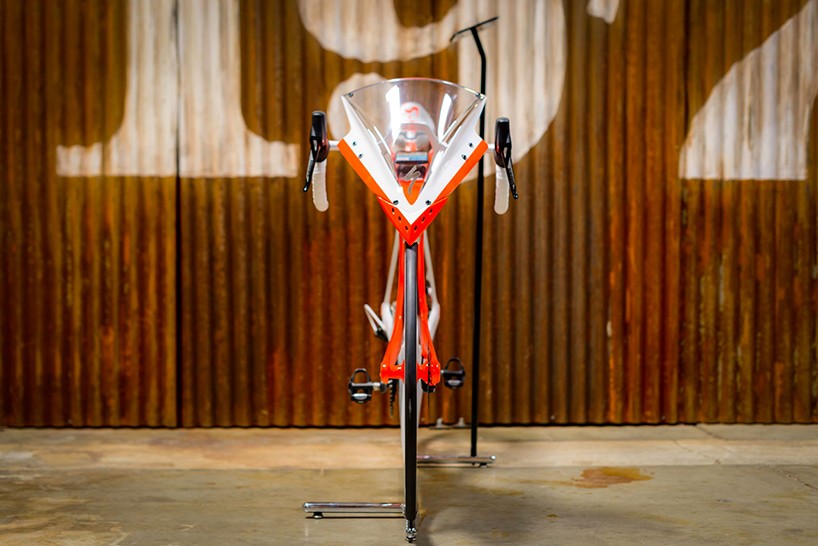 a basic technical regulations by the UCI demands that both wheels be the same size. this is where robert started breaking the rules. the back wheel is 33.3 inches to help riders reach speeds with ease. with the addition of a electric motor in the hub, cyclists don’t need to endure tough energy intensive starts, and just let the motor do the work from the start. robert compares it to a turbo in a sports car. the handlebar integrates a smartphone dock

‘this is an e-bike. it has a motor here, in the bottom bracket’, explains robert. ‘so just like when you ride the turbo and you put your foot on the pedal and it lurches forward, the same thing here. this little motor will get the flywheel up to speed so when you’re stopped at a stop sign, or when you’re starting out of your garage in the morning, this’ll be that burst of power to get the flywheel up and running.’ the shape of the bike also breaks a few rules. it swoops and arcs that add more drama to the design, that makes the bike a bit more anatomical and organic. robert egger even added a small space in the seat for storage, where you can put spare tires, tubes and wallet. 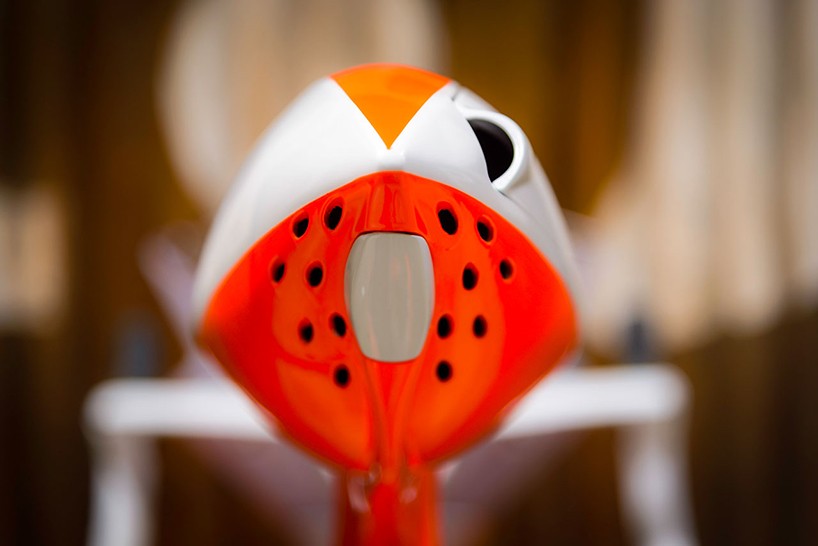 the back of the rider’s seat

the road bike includes a lithium battery that can be removed if necessary, but the stand also acts as a docking station as well. the smartphone dock powered by the battery on the handlebar, makes the it more intelligent, where making the system digital produces infinite things riders can do with a bike like this. the ‘fUCI’ passion project by robert egger took him six months to complete, symbolizing that the team at specialized aren’t willing to play by the rules all the time, and that biking should be less about what’s allowed and more about what if. 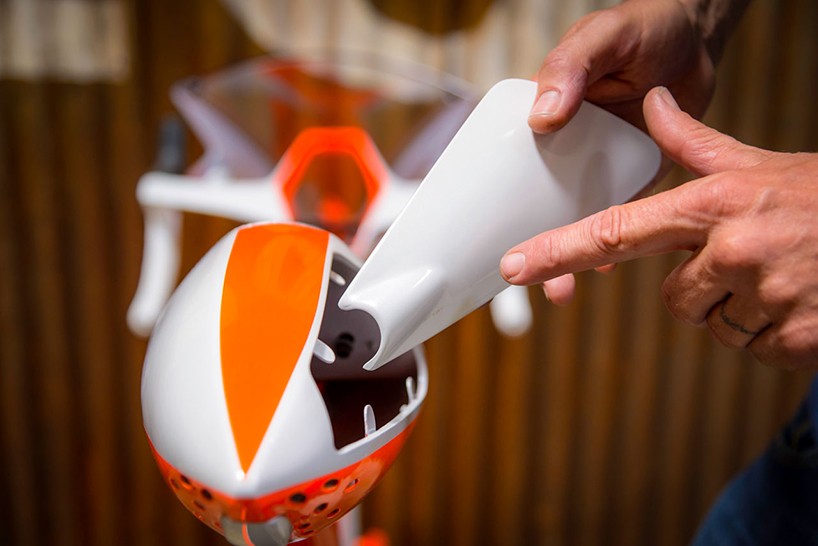 inside the seat are compartments for storage 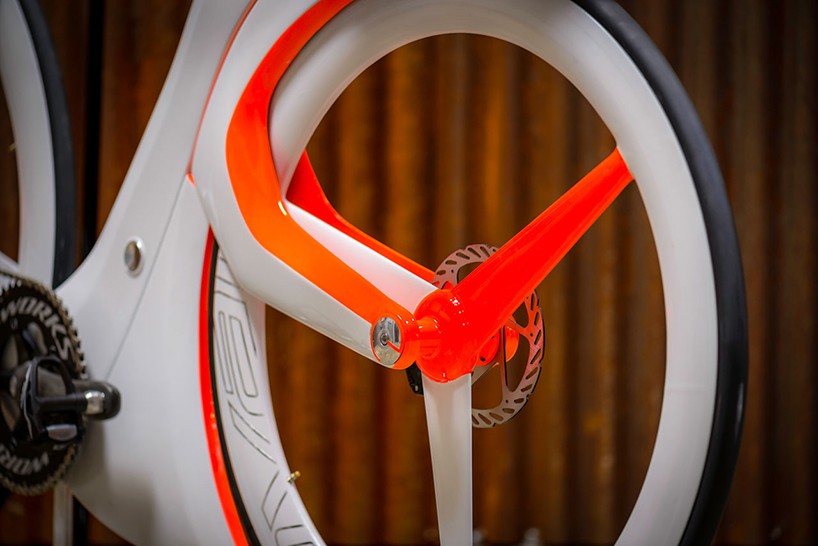 tri spoke wheel reduces the weight of the bike 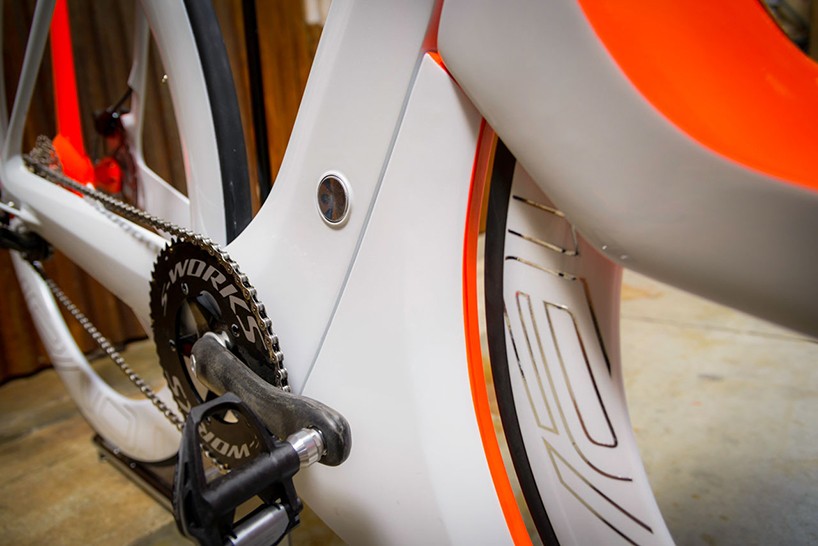 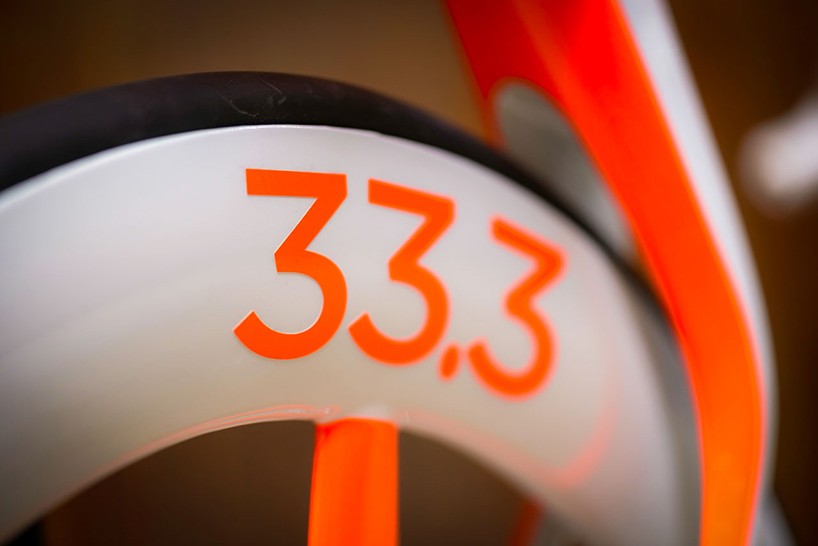 the number describes the actually size of the rear wheel 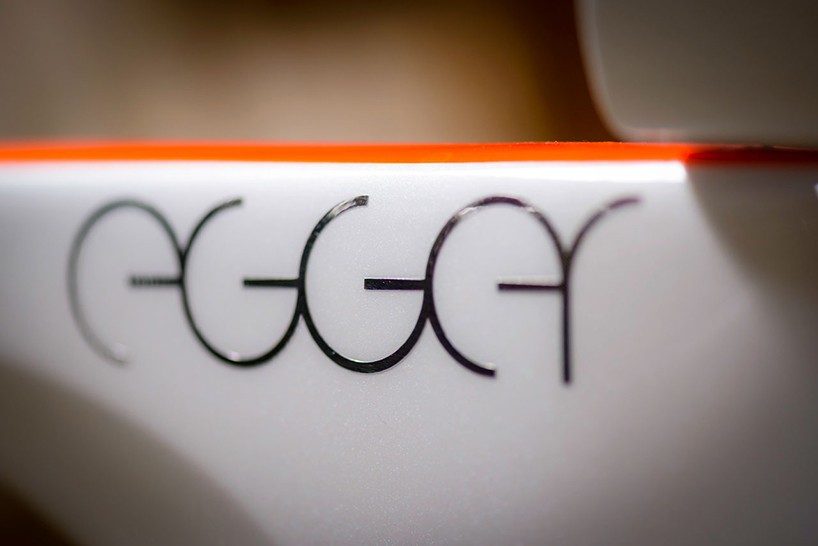 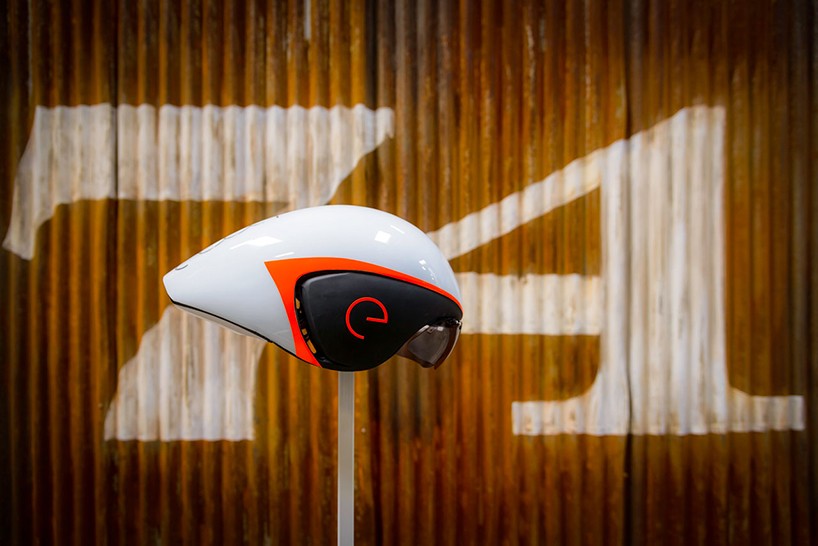 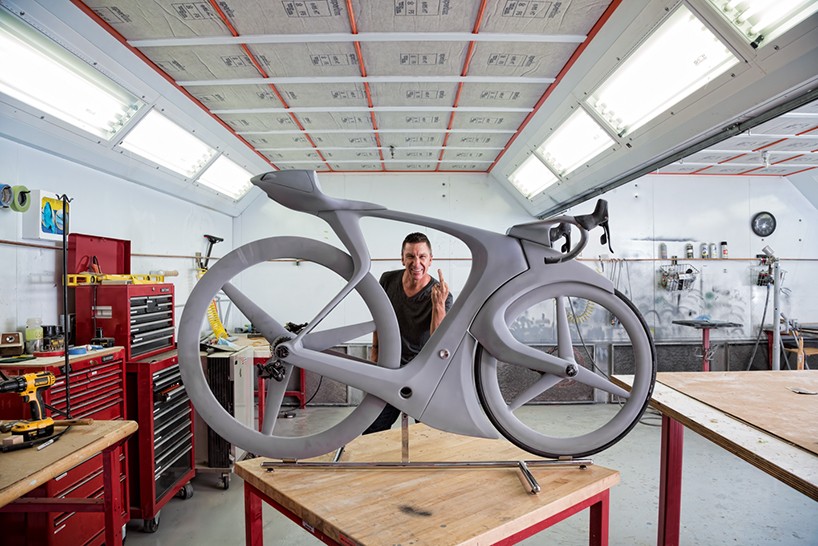 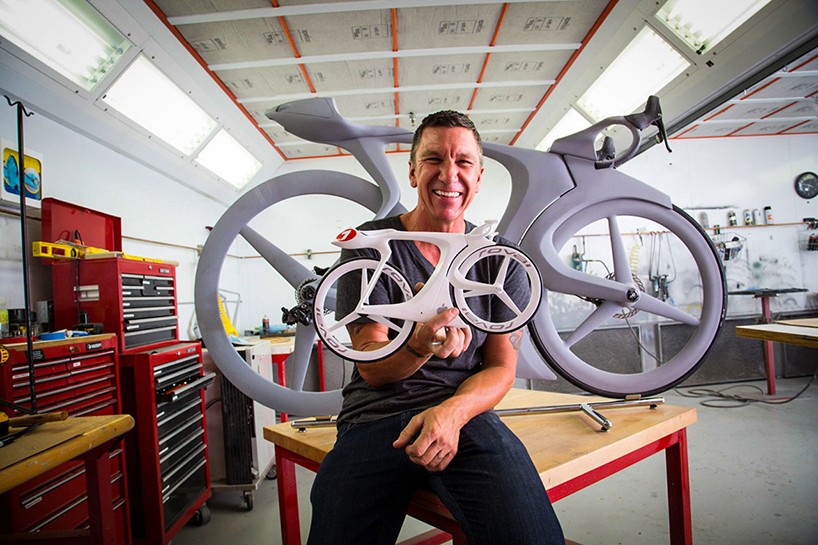 he started with a scale model bright orange tones help emphasize the shape of the bike