if you didn’t grow up in the 70s watching one of the scariest sports of the modern age on saturday afternoon TV, but would very much like to find out what it is all about, this bike by wreckless motorcycles is a good vehicle to get us there. this is a speedway motorcycle. actually, it is more of an homage to speedway motorcycles. first shared on bikeexif, this is THE H4MM4 450cc. and if you were that 70s kid, you know just how insane this machine is. 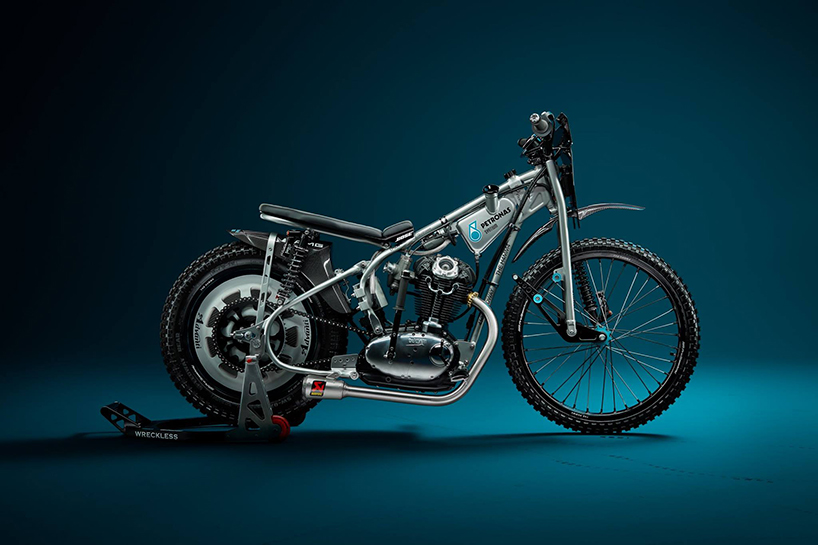 all images courtesy of wreckless

imagine racing a 450cc speedway motorcycle around a dirt track at 70+ mph — you turn by drifting sideways and if you stop, it’s probably because you’ve been thrown from the bike and have just broken your wrist or worse. this bike came from the mind of wreckless founder rick geall, whose full time side gig is developing vehicular passion projects on two wheels. this bike, according to his interview with bikeexif, was in its concept phase and on the back-burner of rick’s to-do list when suddenly ivan mauger died last year. ivan was a six-time world speedway champion, virtually unmatched in his victories and was one of two men who inspired rick to create THE H4MM4 in the first place. 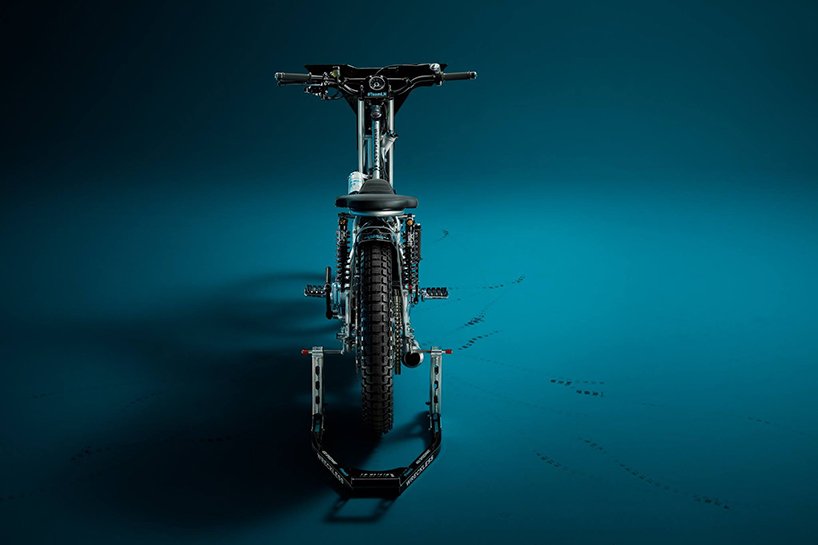 formula 1’s lewis hamilton was the other professional racer to inspire rick’s ducati speedway motorcycle. decades after mauger’s hayday, but before his death, rick came into the possession of a 450cc ducati single desmo. his passion for speedway and his admiration for mauger and other athletes finally had a canvas. ‘it was in of a jumble of vintage ducati parts from the early 1970s,’ rick told bikeefix, ‘I said to iain, my collaborator in wreckless: ‘I want to build a speedway bike.’ 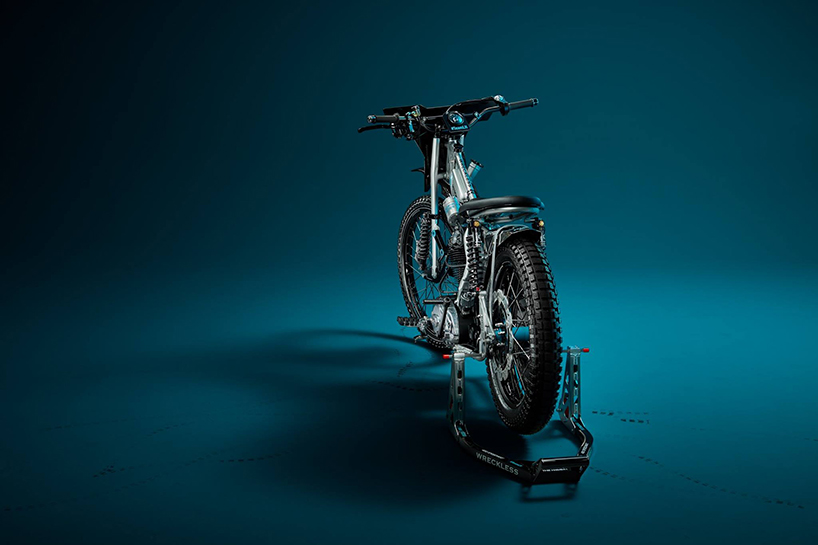 ‘the tank is a mix of genuine speedway racing parts, and odd aluminum tanks for hiding the electrics, coil, and kill switch,’ rick told bikeefix. he also squeezed a hidden brake into the design (so it could at least have an honest effort of practicality) and chose a mercedes F1 color scheme — a head nod to LH44. carbon coating, gloss black and touches of turquoise collide in minimal style that might suit a ducati speedway racer if ever were one. 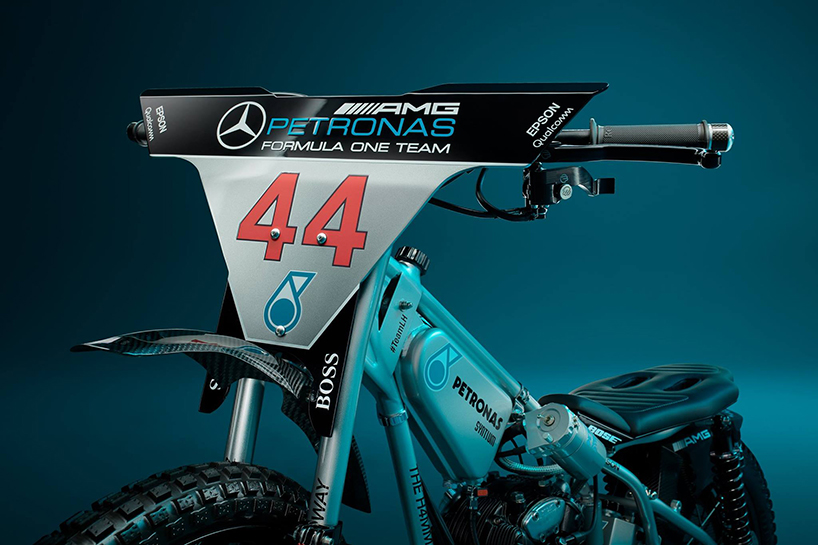 of course the bike wasn’t meant to be a regulation speedway bike. there’s plenty of design choices that stray from that: the brake for instance, which is incognito amid the clutch mechanism with a simple thumb lever activation. it also has rear shocks. MOTO C2R units. yes, the ones designed for mountain bikes. for the wheels, rick and is collaborator didn’t spare any expense. the 23′ x 1.60′ front and 19′ x 2.15′ back configuration (standard for speedway) were custom built by race specialist, SM pro. 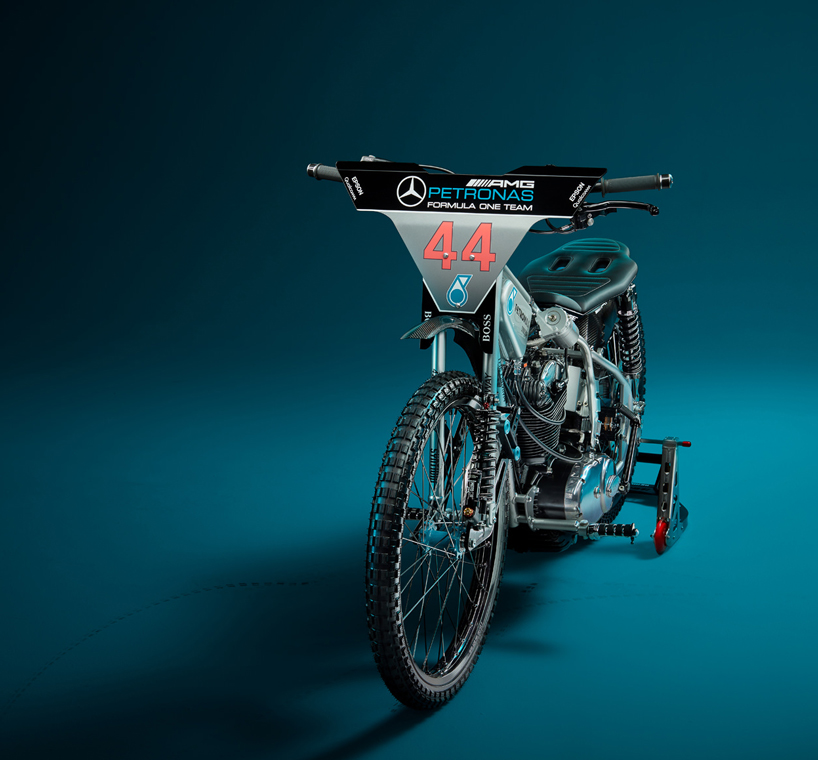 THE H4MM4 also has a new amal TT carburetor, new stuha adjustable race forks (cut and lengthened to give proper clearance), renthal bars, and a a beringer ‘thumb’ clutch master cylinder kit. despite all of these parts harmonizing together, despite the insanity of this machine, the insanity of the sport and the heart put into this machine, rick told bikeefix, humbly, simply that ‘the bike isn’t meant to be a ‘serious’ machine… it’s a caricature: a celebration of the heroes who have left an imprint on my life.’ 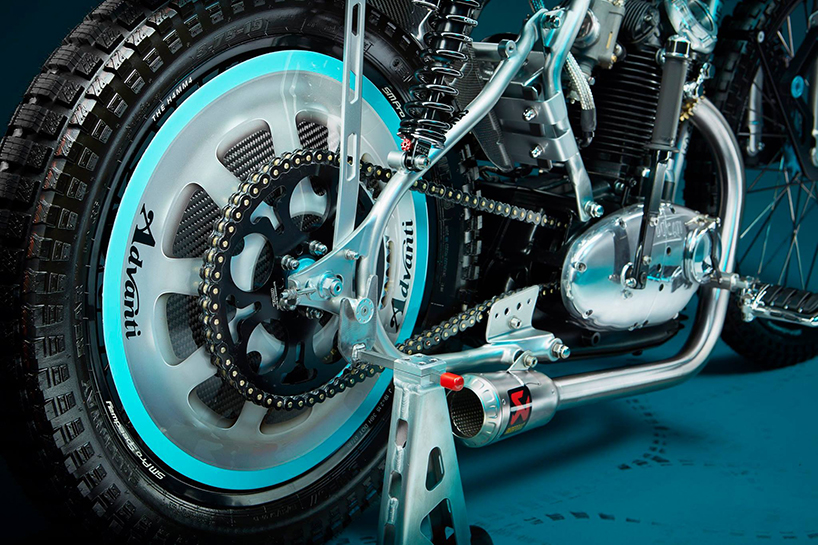 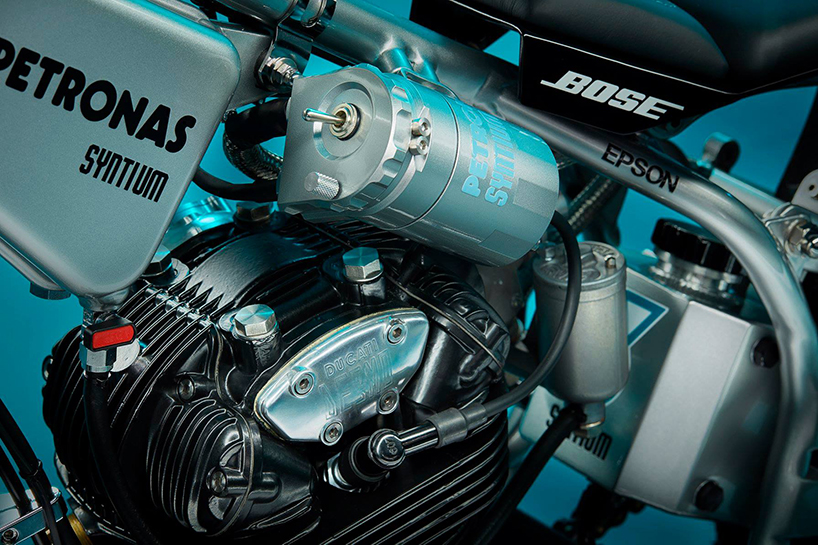 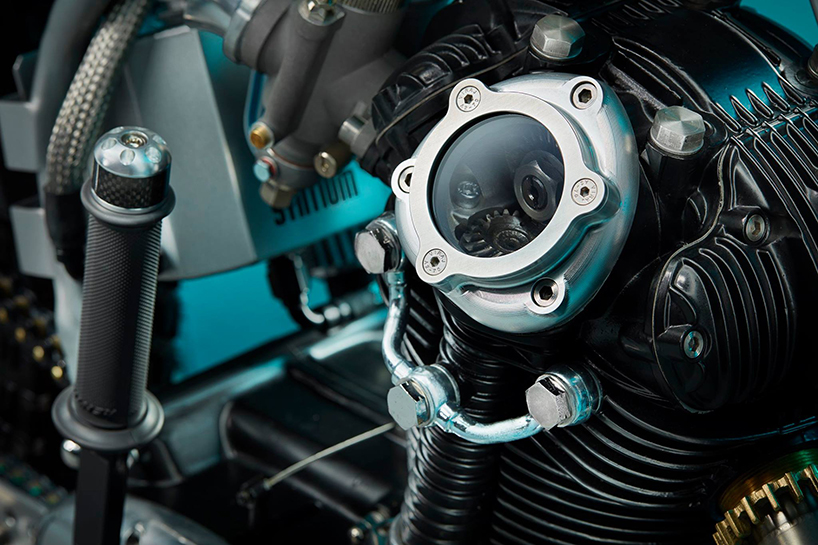 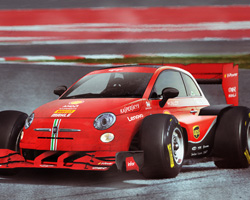