designed by peter treadway of LA and beijing -based creative agency jpworks, ‘spnkix‘ are motorized skates that strap onto ordinary shoes. the devices are controlled via wireless remote, offering the potential for users to effortlessly travel at almost 10 miles per hour.

the skates consist of two motorized wheels on either side, with a battery pack installed within the back of the unit, which also features a safety reflector on its exterior. two ratchet straps along the fiber reinforced nylon frame secure the devices to any kind of shoe.

remote-controlled, the skates permit users to vary their throttle and speed at will, or walk, climb steps, and even drive a car normally when not activated. although each charge lasts about two to three miles, the batteries are removable, so users can bring a backup supply in the case of longer trips; each attains a full charge in about two hours. 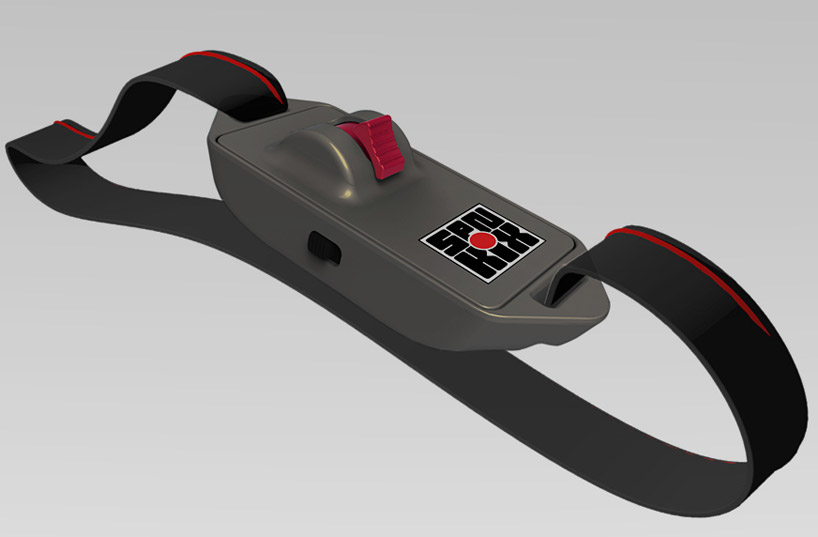 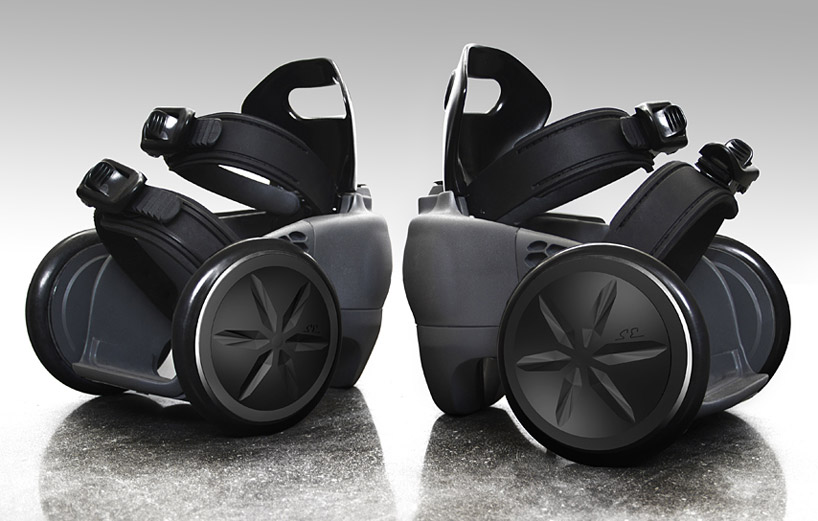 with working prototypes produced and negotiations with producers already arranged, treadway is currently seeking funding for the project via the ‘spnkix’ kickstarter page. if funded, the first products are expected by early march 2012. 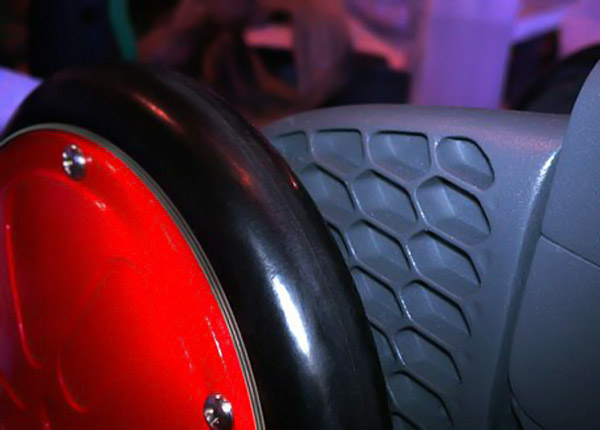 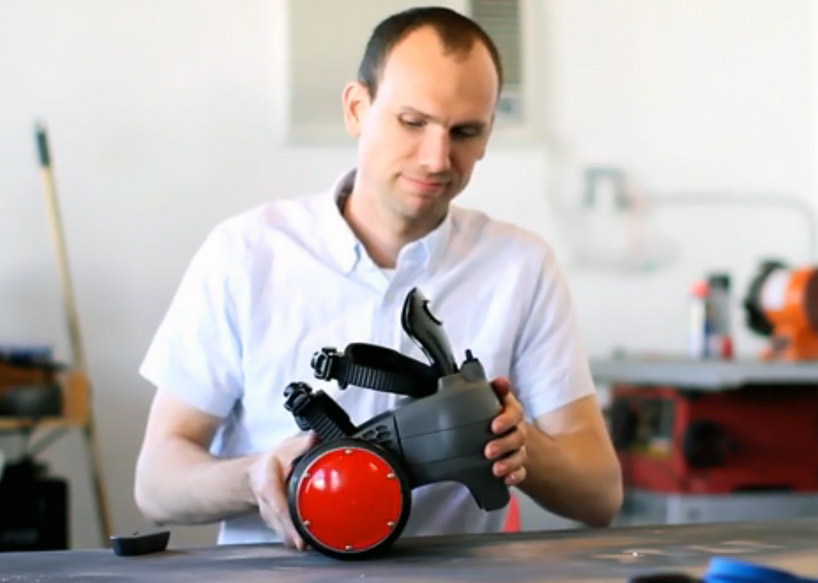 another of more than 30 early prototypes

introduction and demo of the skates