based out of cambridge, massachusetts, diagnostics for all, a nonprofit organization has developed making a simple laser printed test for diagnosing liver damage without costing more than a dime. the stamp-size square of paper consists of wells that change color when a drop of blood is applied, revealing results without the need of a full laboratory requiring tubes of blood, lab equipment or electricity.

the new test could provide an enormous benefit in poor countries, where liver damage is widespread as a side effect of drugs administered to HIV and tuberculosis patients. the system uses patterned channels and wells to allow for filtering and multistep reactions. originating in the lab of harvard chemist george ­whitesides, the paper absorbs sample fluids and uses capillary action to convey them to the test wells imprinted on it. these wells are then spotted with chemicals that change color when they react with certain markers in a liquid. the chip is meant to work simply with little additional equipment, making it suitable for the poorest regions.

‘this is a world in which there are very few resources—that is to say, almost no money, very few doctors, no electricity in many places, no refrigeration,’ whitesides says. ‘the conditions are such that it’s very difficult to imagine how you deliver even pretty straightforward health care.’ the company is also currently working on other paper-based diagnostics that can detect antigens for multiple diseases, including malaria and dengue fever; a test for preëclampsia in pregnant women; and even nucleic-acid tests to detect pathogens in blood. 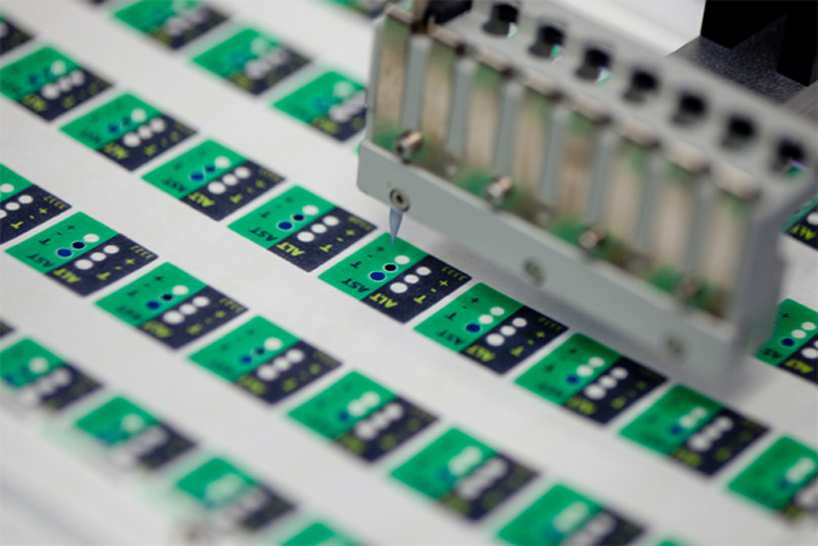 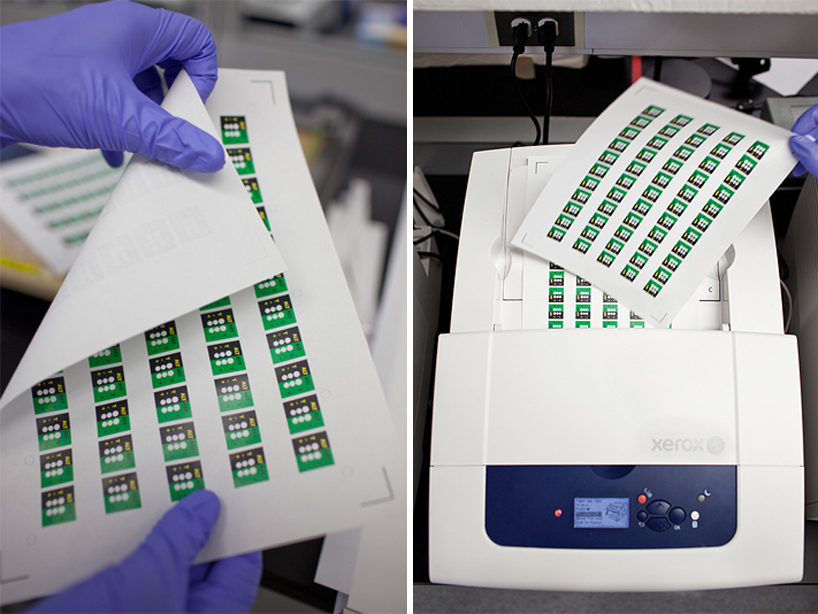 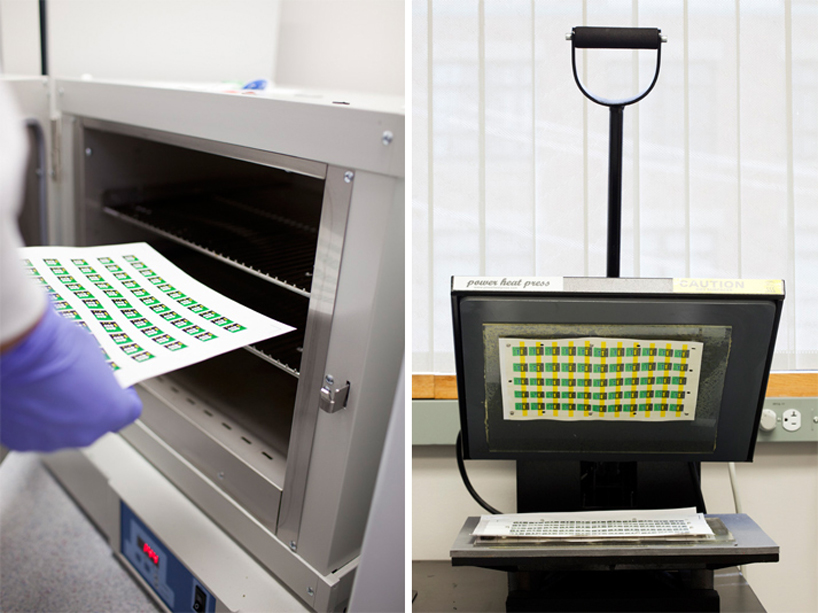 left: the sheets are baked for 30 seconds at 130 °C to allow the wax to melt completely through the paper’s 0.2 millimeter thickness.right: the two sheets are fused together with adhesives in a press. 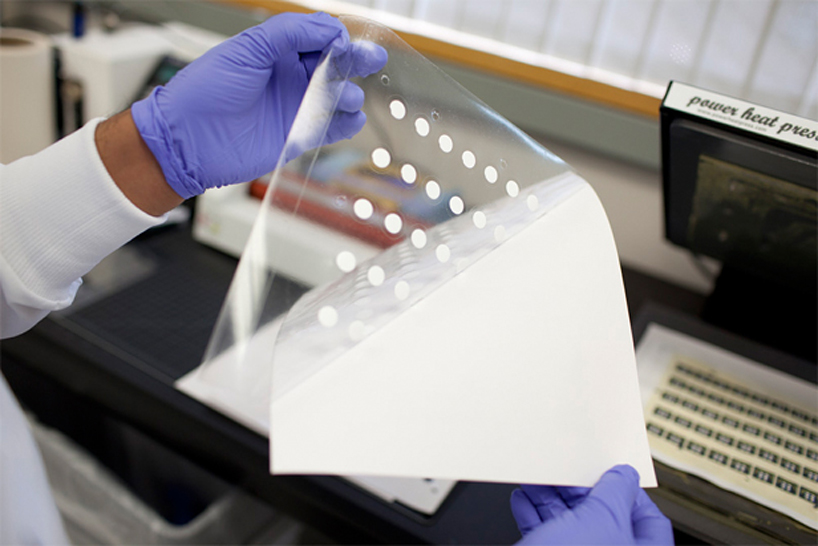 left: a protective laminate is affixed to the top of the package. right: the completed tests are cut into individual squares. 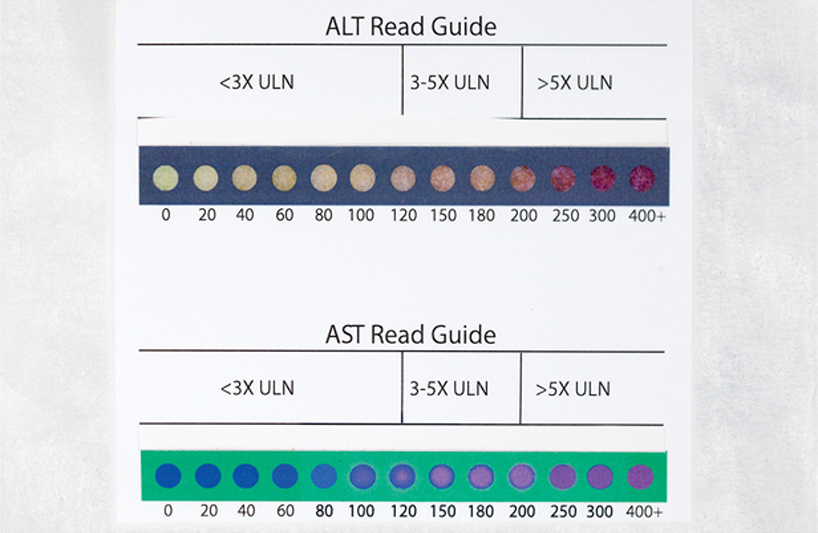