google researchers have developed a sticker to trick computers, manipulating AI powered neural networks into thinking everything is a toaster. yes, the search engine giant has effectively created a nifty hallucinogenic in the form of a psychedelic looking tab taken visually by computers.

the sticker is revealed in a new paper by google researchers pushes the field further again by creating stickers that can convince a computer that any object is a toaster. when placed next to any object in any light, the psychedelic image they call a ‘patch’ has a stronger affect, making the computer focus its attention on the sticker. 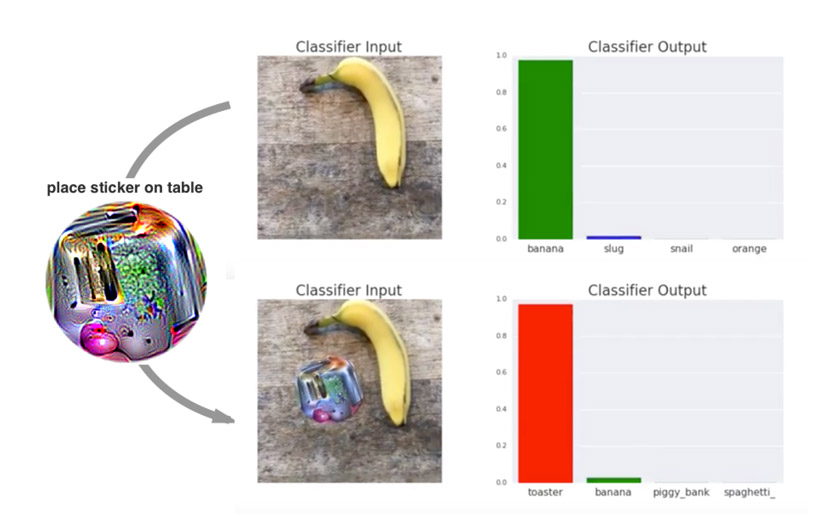 computer scientists have been developing special images that trick AI for a while now, pictures known as ‘adversarial images’. they work by tricking computers into seeing things that aren’t there and the way they do it is by exploiting a weakness in their AI algorithms known as an ‘adversarial example’.

whilst it took five google researchers to make the toaster sticker the outcome of their work has brought attention to certain fears over the possibility of hackers making use of it. currently, machine learning algorithms such as this dictate the future of self-driving cars and used to identify airport security threats.