the streetscooter ‘C16’ electric car is built by the production of engineering of e-mobility components team from aachen university using a stratasys objet1000 multi-material 3D-printer. all the vehicle’s exterior parts, including the large front and back panels, doors, bumper systems, side skirts, wheel arches and a few interior components, were machine fabricated with tough digital ABS materials.

‘by using the objet1000, our largest 3D printer, we are again demonstrating the continued strong connection between education and industry,’ said shelly linor, director of global education at stratasys. ‘allowing students to work with  a 3D printer with a build tray of that size helps  prepare them for careers that include cutting-edge design on a large scale that are not only visually impressive, but also allow for functional innovation.’ 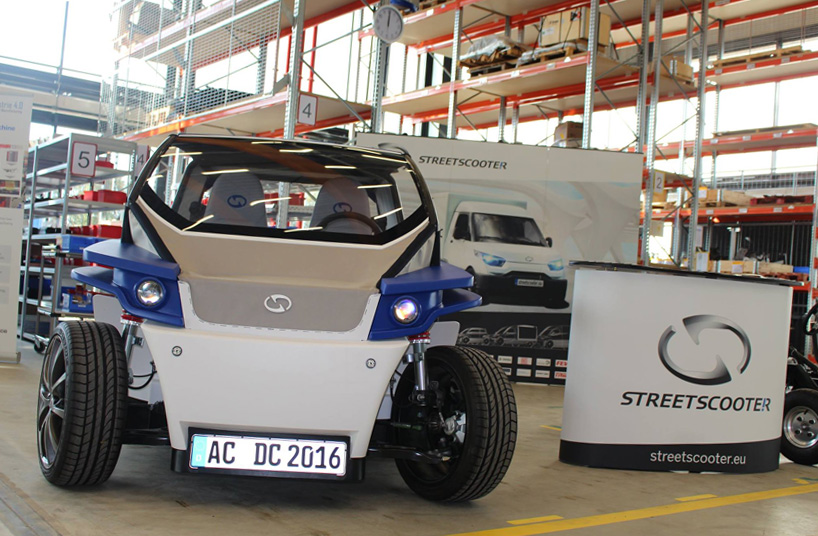 the ‘C16’ can be built in the objet1000’s huge 1000 x 800 x 500mm tray that is capable of producing full range of components, up to a meter in length. after fabrication, the streetscooter weighs 450kg excluding the battery, and provides a minimum range of 80 miles and a top speed of 60mph.

‘with the advanced 3D printing technology available to us from stratasys, vehicles can be easily customized for specific customers, enabling us to design on-the-fly,‘ said achim kampker, professor of production management in the faculty of mechanical engineering, aachen university. ‘these cars can be developed from scratch and ready in a matter of months, not years, as with traditional automotive production processes. the streetscooter project has demonstrated to us how a whole new approach to car design and manufacturing is possible with 3D printing.’ 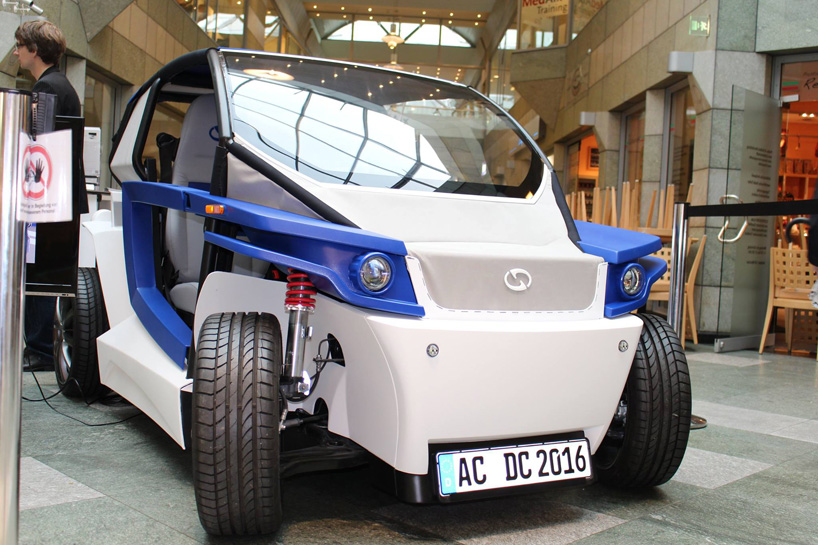 ‘the objet1000 is the largest multi-material 3D production system on the market and aachen university was the first university in the world to have one,’ said kampker. ‘being able to use it in the development of large and small parts for streetscooter was exciting in itself, but the contribution the 3D printed parts made to the construction of the car was enormous.’

‘the ability to produce full-scale prototypes that perform like the final parts accelerated testing and design verification, enabling us to bring to market a prototype electric car in just 12 months – something that is just unimaginable with traditional manufacturing.’