from february 26 to march 1st 2015, passersby the flood channel of the netherland’s river ijssel can experience something incredible seemingly hovering in the dutch skies — the latest artwork by daan roosegaarde. ‘waterlicht’ — described by first visitors as the ‘the northern light of the netherlands’ — comprises undulating lines of light spreading across a site of over 4 acres. the collaboration between studio roosegaarde and the dutch water board rhine and ijssel materializes as ‘a combination of awareness and a dreamscape’, as described by the dutch artist and innovator. ‘by adding – aside from the latest LED-technology – experience and perception, we create a virtual flood.’ 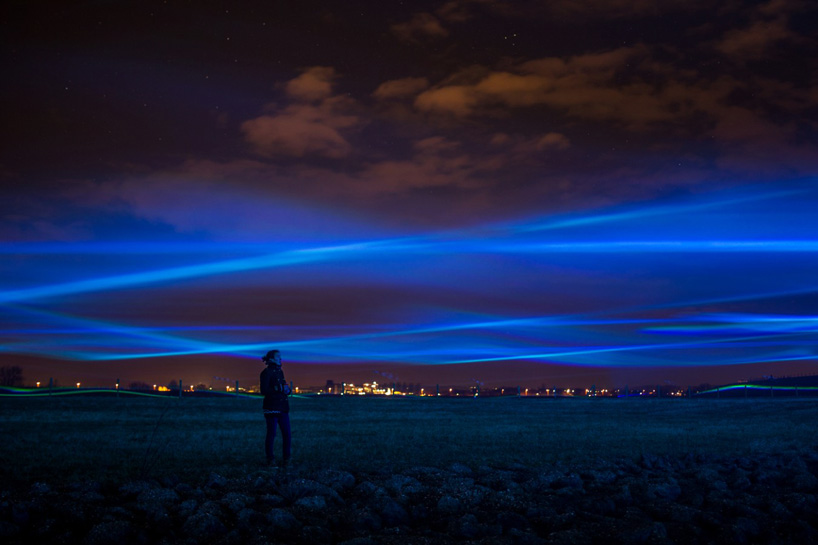 when walking along the river’s dike (walls used to regulate water levels), luminous lines are perceived as high water. once in the flood channel, visitors become immersed in an underwater expanse. ‘in ‘waterlight’ people experience what the netherlands would look like without their dykes’ says hein pieper, chairman of water board rhine and ijssel. ‘awareness is crucial, because the dutch (water) artworks need every day maintenance and our national water awareness is the foundation of that maintenance’ pieper adds, referring to the OECD report published last year that concludes that dutch water works are unparalleled by any other country, but that awareness remains at low levels. 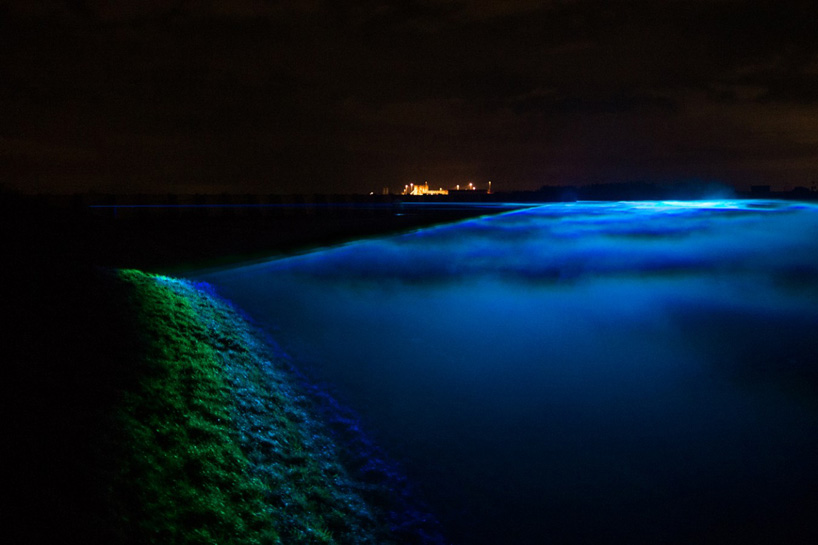 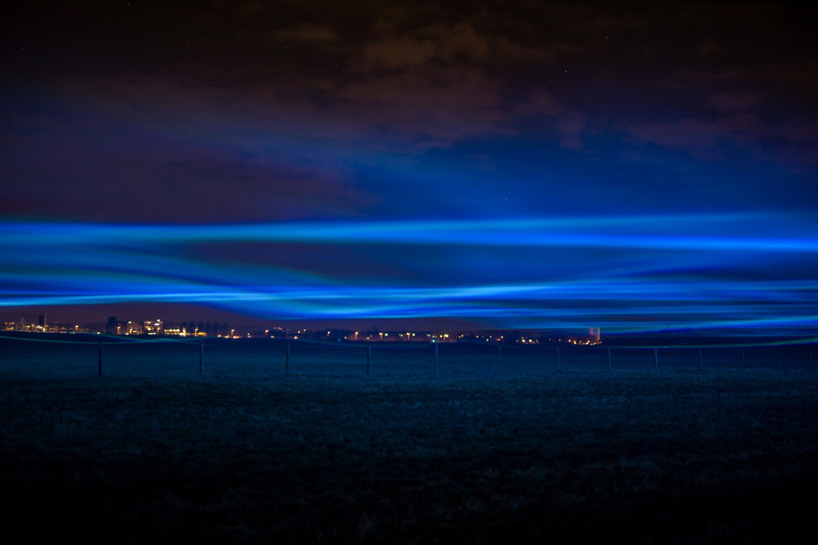 beams of projected light illuminate the sky in blue waves 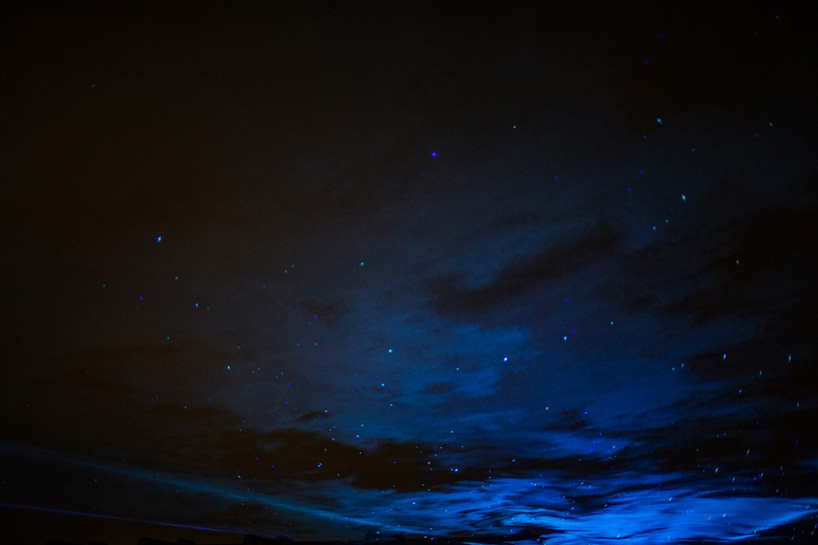 LED lights add a blue hue to the dutch skies