dutch artist and innovator daan roosegaarde has long since been on a mission to reduce smog in some of the world’s most polluted cities. the brain behind the eponymously named studio roosegaarde made waves with his ‘smog free project’ back in 2014, and his smog free towers have since cropped up in rotterdam, beijing, and most recently tianjin. yet the latest addition to the pollution-punishing project takes the form of a smaller, more personal item—the humble bicycle. the innovative bike concept, dubbed the smog free bicycle, is designed to inhale polluted air, clean it, and release fresh air whilst you pedal. the idea was born out of the smog free workshop held in beijing with artist matt hope and prof. yang from tsinghua university, which led to the development of this new creative output. the bike was then launched alongside the opening of the new smog free tower in tianjin. 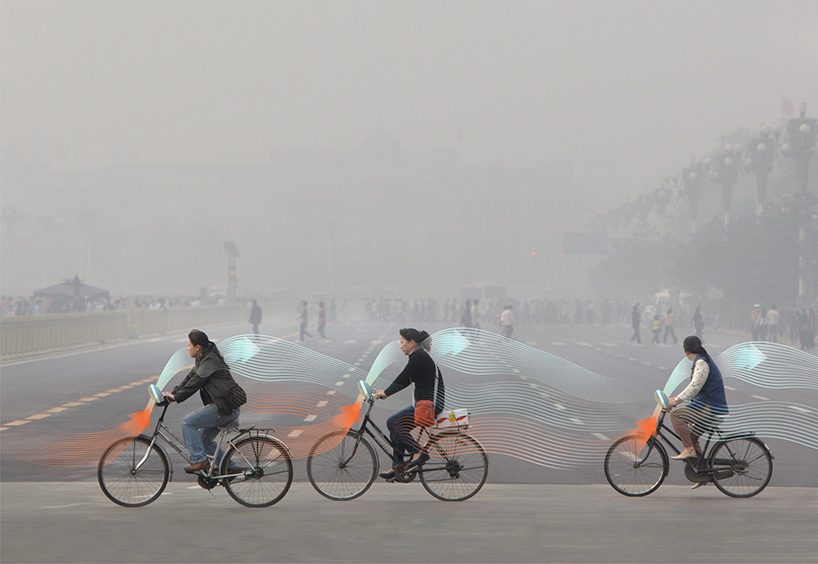 the smog free bicycles are designed to inhale pollution like a vacuum cleaner, clean it, and exhale fresh air
images courtesy of studio roosegaarde

supported by the chinese central government, studio roosegaarde’s smog free project aims to clean up urban skies in some of the world’s most polluted capitals. the bicycles are designed use the same technology as the smog free tower, vacuuming in pollution and breathing out clean air, simulataneously combatting both traffic congestion and issues with smog in the city. roosegaarde’s technology uses positive ionization to remove large fractions of particulate matter from the air in its immediate surroundings. the smog free bicycle is currently in its first stage, yet is already intended to become a medium for smog free cities—generating clean air simply by pedaling. its philosophy corresponds with a growing number of bike sharing programs such as mobike that are cropping up around china. it’s easy to imagine the impact it could have if all these were smog free bikes instead, cleaning up polluted air whilst in motion. 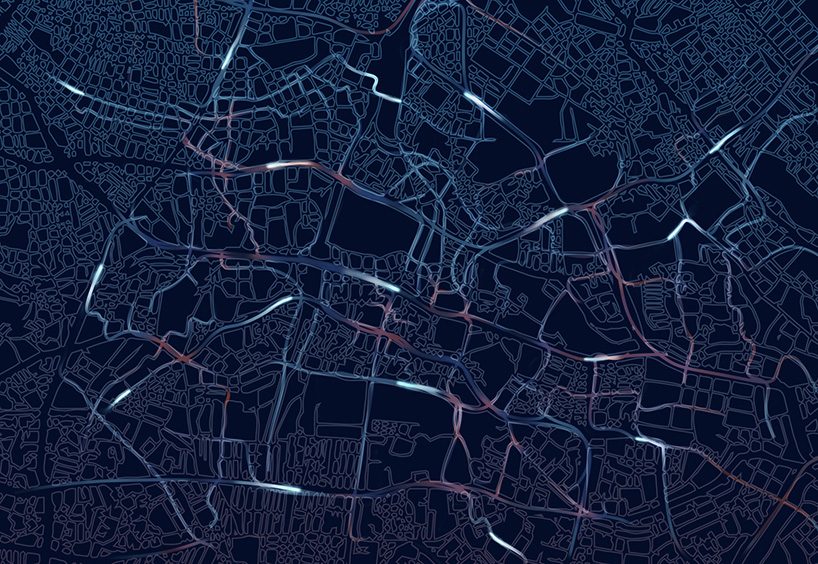 ‘beijing used to be an iconic bicycle city,’ explains daan roosegaarde. ‘we want to bring back the bicycle—not only as a cultural icon of china, but also as the next step towards smog free cities.’ roosegaarde’s smog free project sets out to solve urban problems by making people part of the solution, instead of the problem. designed for implementation in the chinese city of tianjin, the work combines creativity and technology to improve the daily life of many. daan roosegaarde himself has even been featured by forbes and good 100 as a creative change maker. 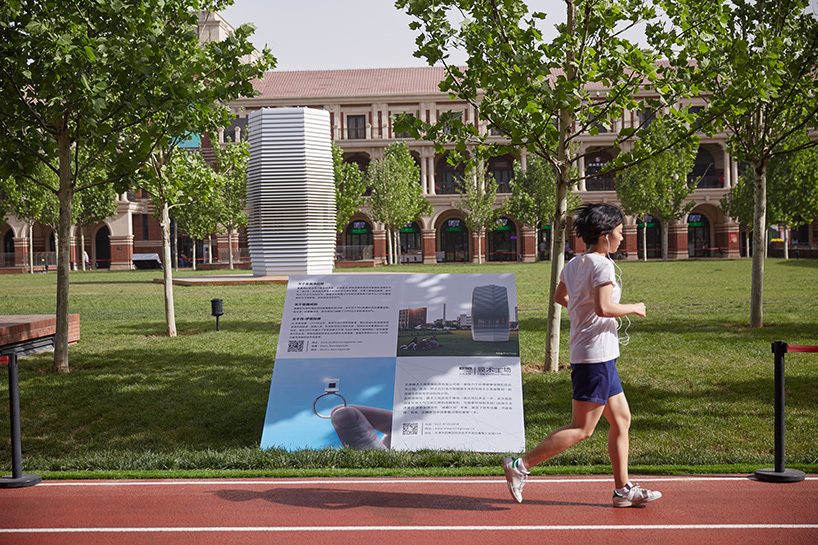 the high efficiency of the smog free tower, pictured here in tianjin, has been confirmed by professor blocken of the eindhoven university of technology