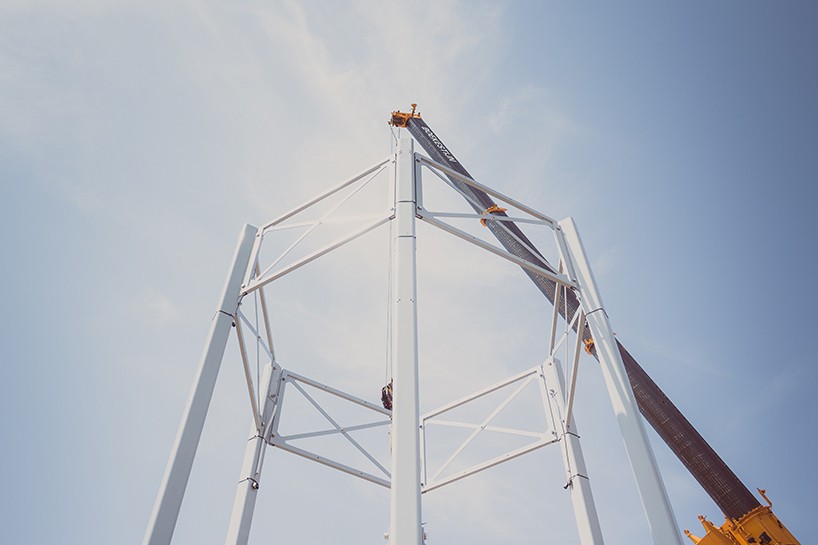 daan roosegaarde and his studio are out to save the world once again, with a ‘smog free tower’ meant to purify the air of some of the world’s worst cities. with a hugely successful kickstarter campaign that reached €50,000 today, the project will be realized and built in rotterdam, netherlands. using patented ion technology the massive vacuum cleaner will produce smog free bubbles of public space, allow the city’s citizens to enjoy and breathe clean air for free. the seven meter tower will learn 30 cubic meters of per hour and is powered by sustain clean energy. 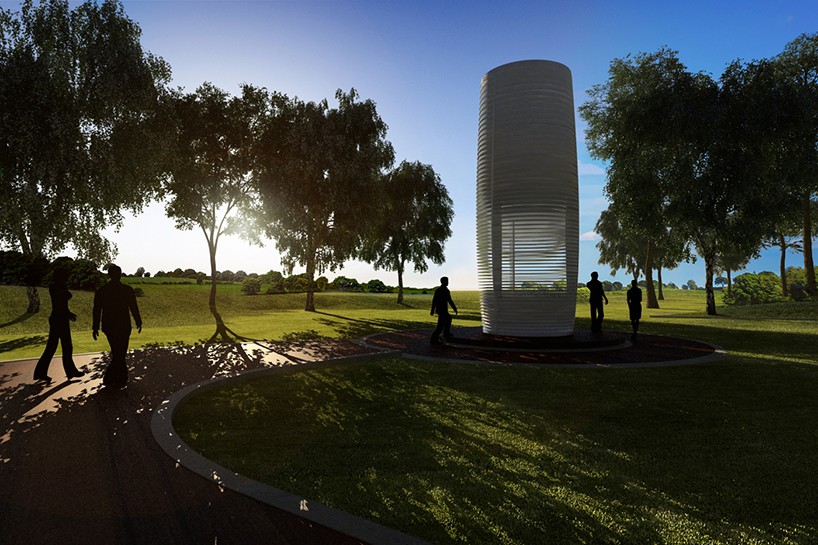 the installation will be surrounded by trees

without throwing anything away, the collected carbon from the tower will be pressurized to create ‘diamond’ rings and cufflinks for purchase. after a campaign in rotterdam, the installation will travel around the world, from beijing to paris, to los angeles and mexico city. studio roosegaarde believe society should do more, and not less when fighting visible pollution, and drive to make modern cities livable again. 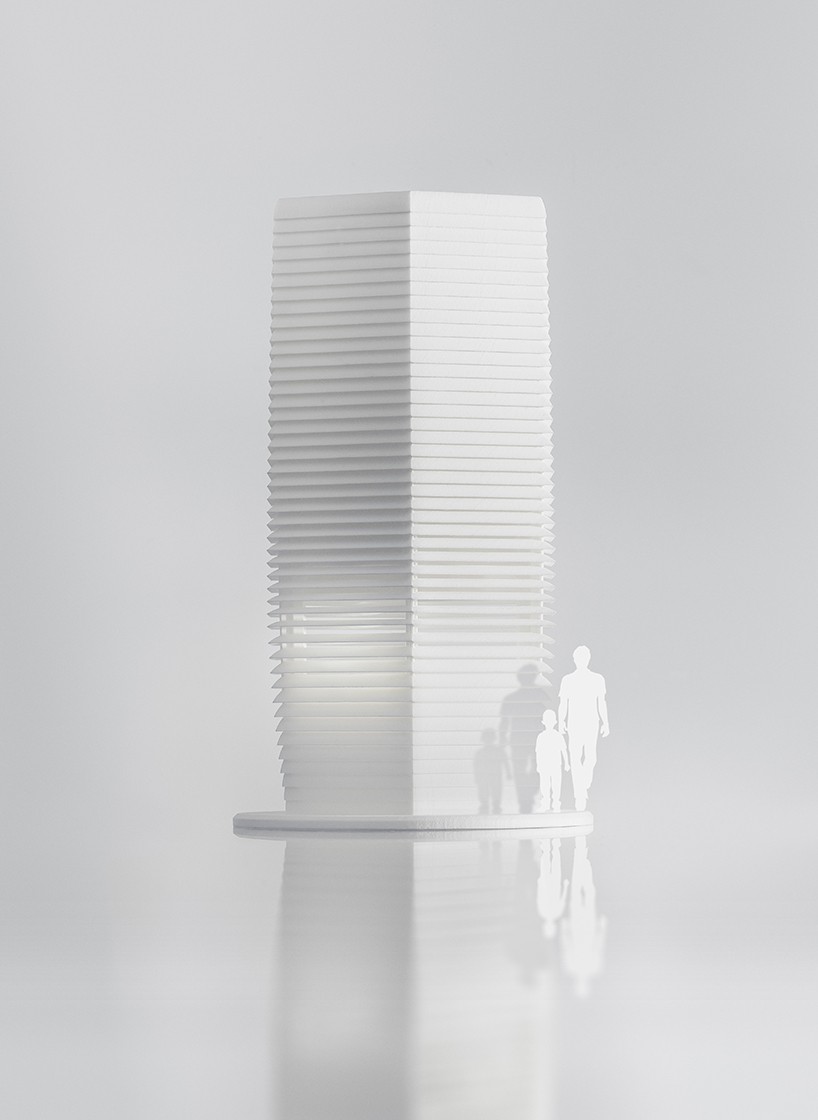 the simple tower shape will vacuum the smog through its vents 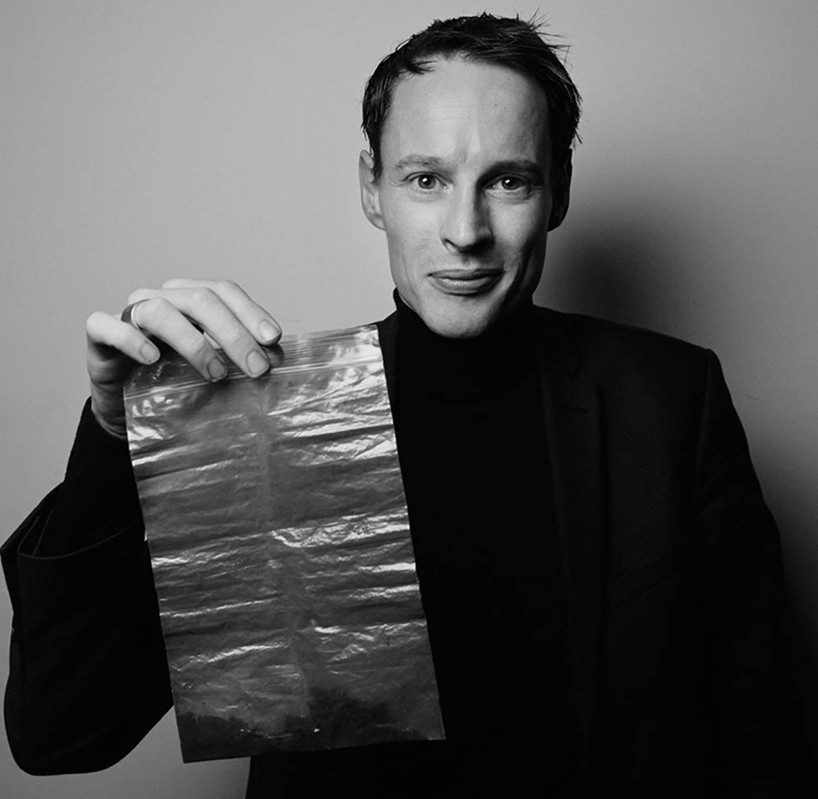 daan roosegaarde and a bag of collected smog 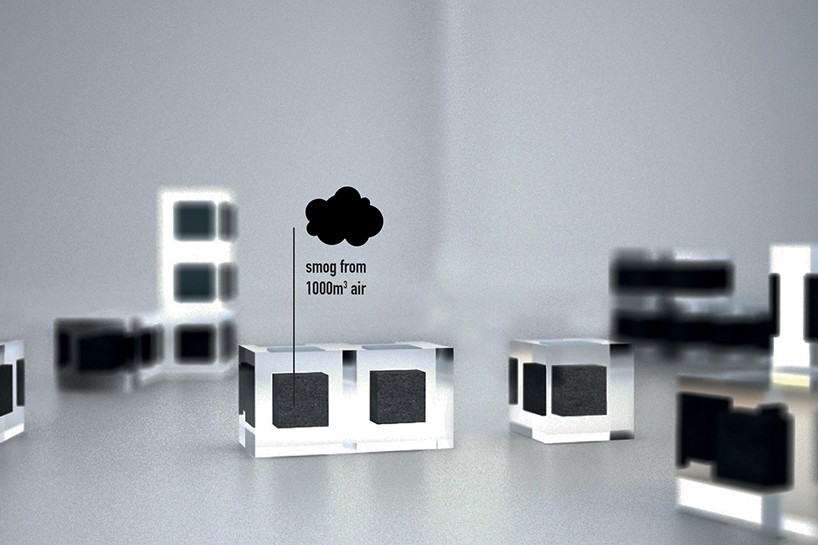 the collect smog shaped into a cube 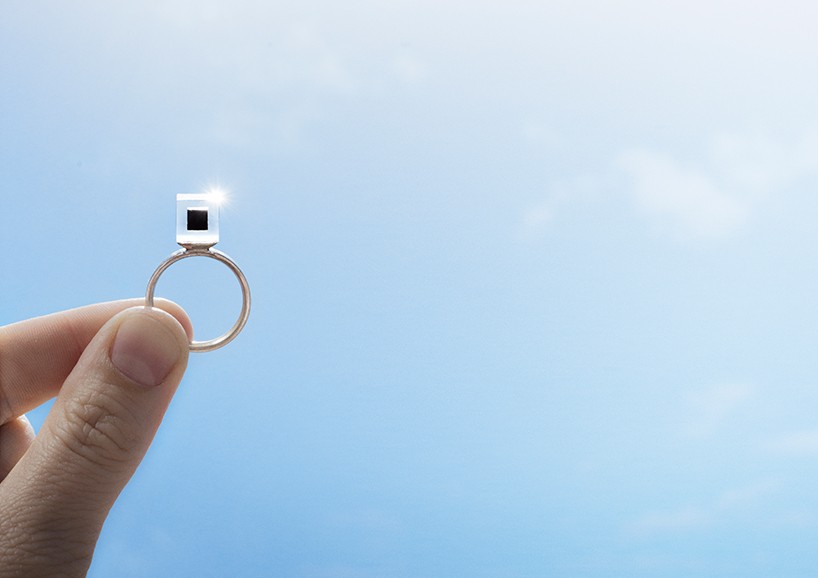