airlight energy and IBM research have announced plans to bring affordable sunflower-shaped solar panels that provide remote locations with electricity and heat, to the market by 2017. as a branch of airlight, dsolar’s ‘high concentration photovoltaic thermal’ (HCPVT) system concentrates the sun’s radiation 2,000 times and converts 80% of it into useful resources. the 12 kilowatts of electrical power and 20kw of heat generated is enough to supply several average homes which makes it ideal for those in isolated areas. 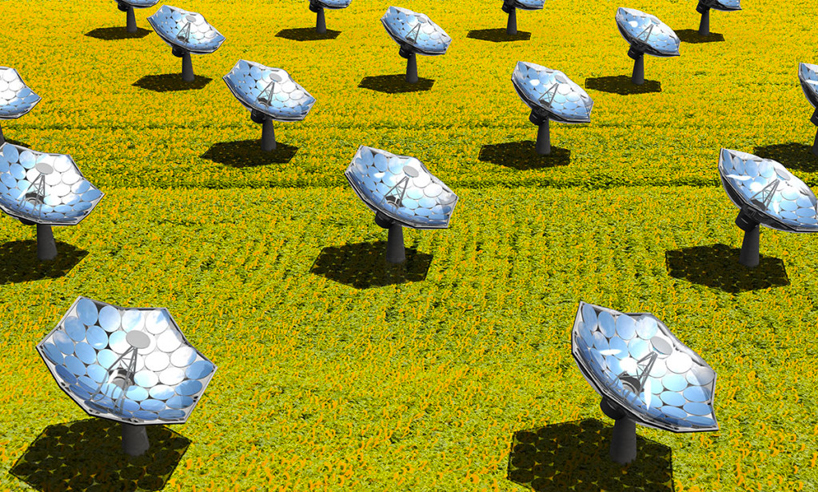 the ‘HCPVT’ resembles a 10-meter-high sunflower and uses a 40 square-meter parabolic dish made of patented fiber-based concrete that sits on a sun-tracking device. this unit is covered with 36 elliptic mirrors made of thin recyclable silver coated plastic foil, that are curved using a vacuum. the reflective surface area focuses radiation onto several micro-channel liquid-cooled receivers that are populated with a dense array of 1x1cm squared photovoltaic chips. 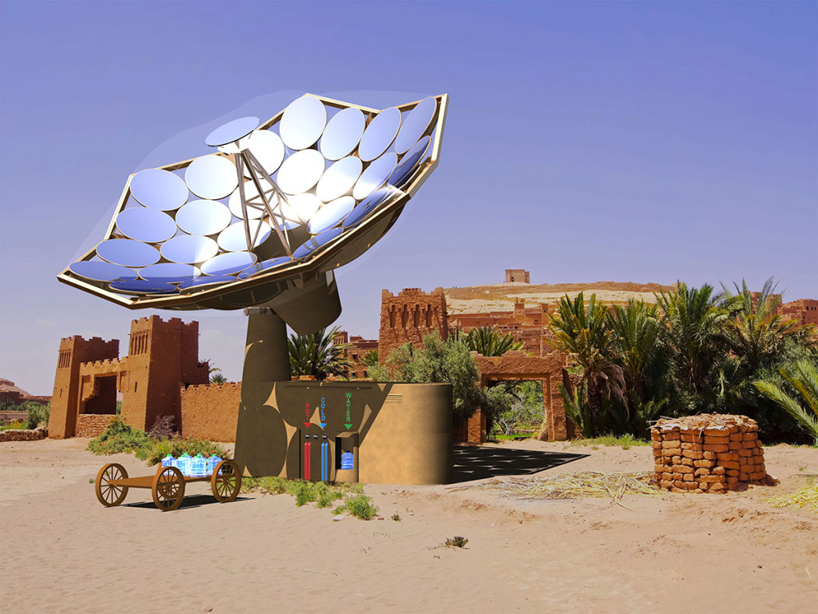 the structure can power several homes in remote locations

the dishes are encased with a large inflated transparent plastic enclosure to protect them from both rain and dust, as well preventing birds from getting in harm’s way. the photovoltaic chips are mounted on micro-structured layers that pipe water within fractions of them in order to absorb the warmth. this method ensures the microprocessors remain at an operational temperature and is 10 times more effective than passive air cooling systems. scientists estimate that the working lifetime for the ‘HCPVT’ structure is up 60 years with proper maintenance. 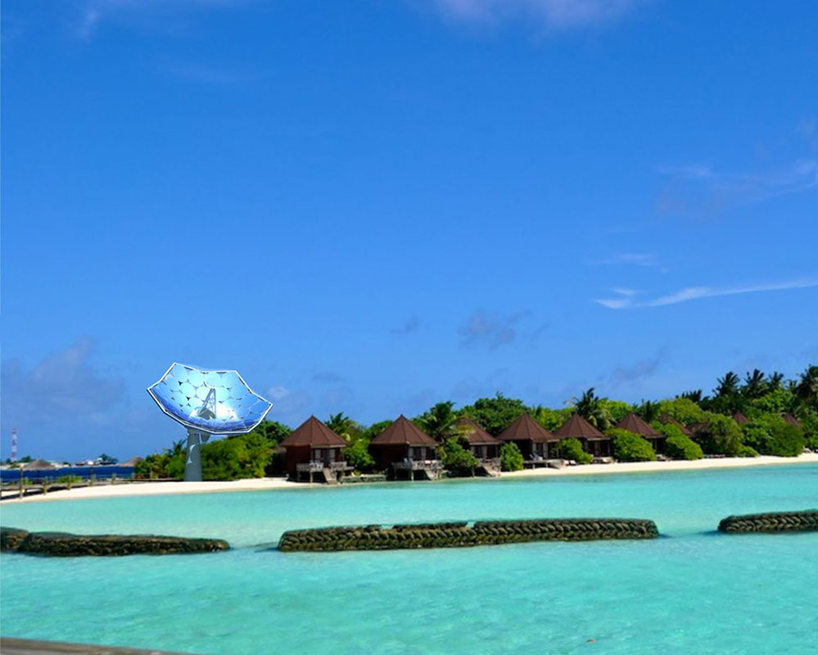 ‘with the HCPVT we are ushering in a new generation of solar energy technology,’ said dr. gianluca ambrosetti, head of research, airlight energy with responsibilities for building the new spinoff. ‘not only is the system affordable, but it will create jobs where it is installed because many of the materials will be sourced locally. we expect to partner with firms around the world to bring a commercial version to market by 2017.’ 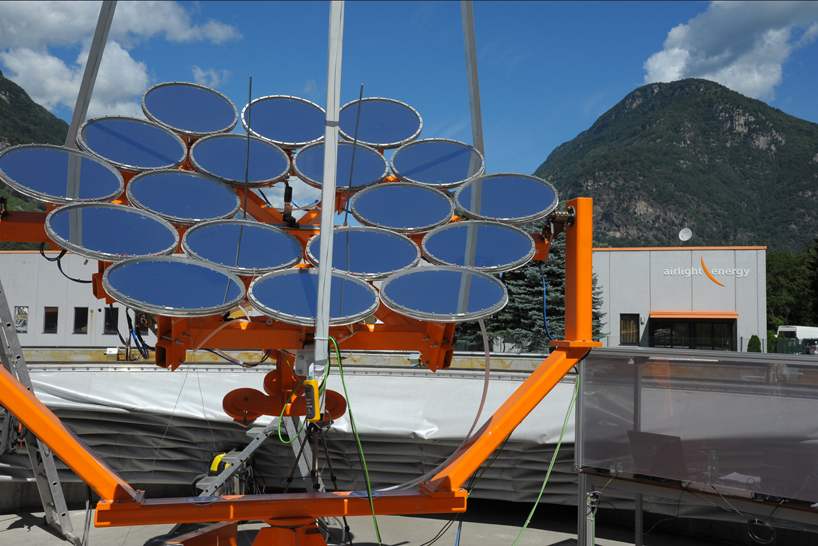 the dishes are curved by a vacuum 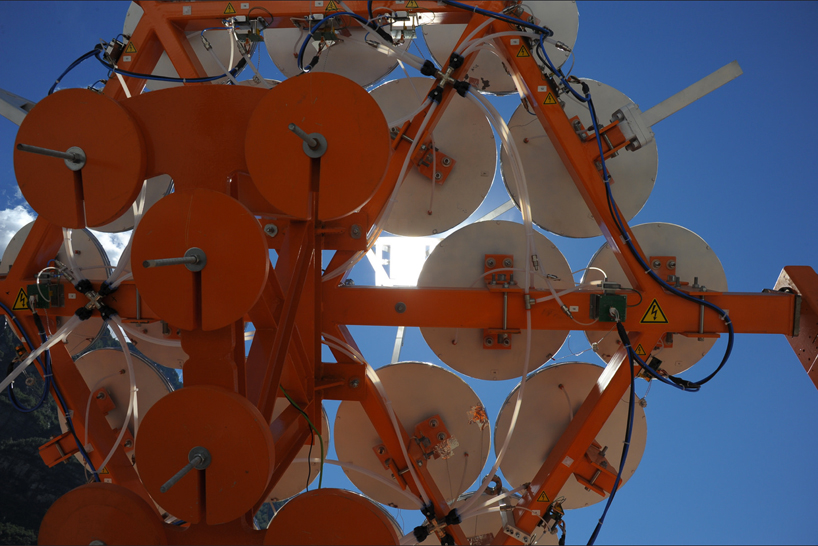 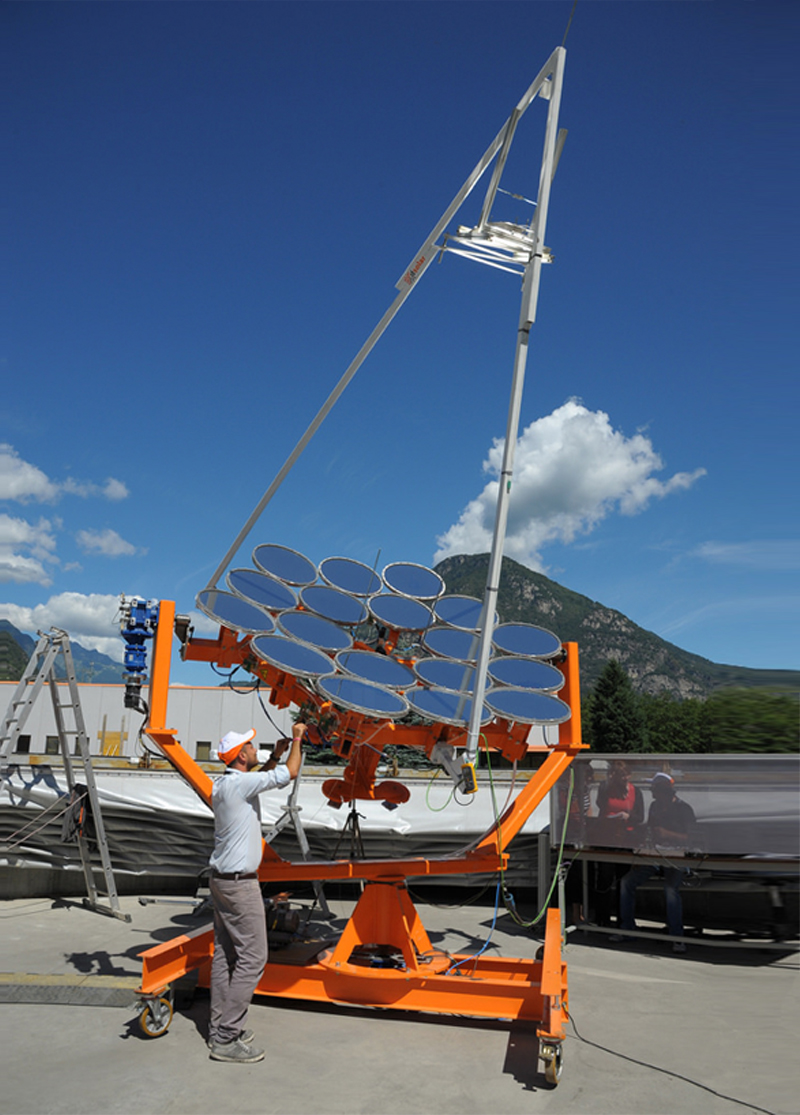