an electric automobile designed and built by engineering students at UNSW, sydney, is on its way to compete in the world solar challenge. ‘sunswift violet’, a sleek four-seat car left sydney on wednesday on a 4300 km (2762 m) drive to darwin, where it will compete in the bridgestone world solar challenge. following the ‘eVe’ emissionless vehicle, it is the sixth car created by the university’s solar racing team ‘sunswift’, built for practicality, speed and endurance, while combining innovative technology with modern comfort. 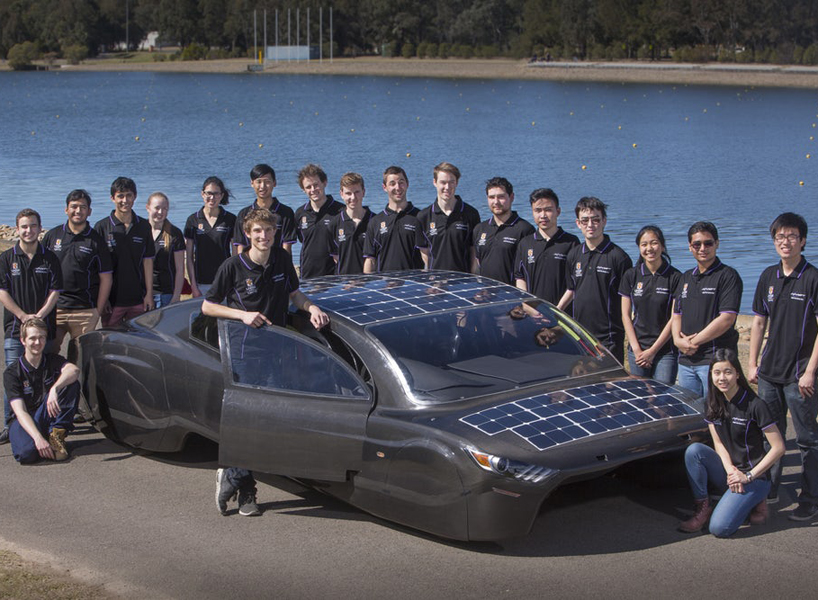 sunswift ‘violet’ will be challenging 47 teams from 21 nations in the 3021 km (1877 m) race from darwin to adelaide, which begins on sunday 8 october 2017. it has a top speed of 130 km/h (81 mph) and a range of 800 km (497 m) running just on its rooftop solar panels. it also sports modular lithium-ion batteries which store power from the sun; running just on its batteries, it has a range of 400 km (249 m). the vehicle relies on around 7 kW of horsepower at 110 km/h (68 mph), and two 1.5 kW motors that run at 98% efficiency. with a twill carbon-fibre monocoque chassis, the electric car weighs less than 400 kg. and because good aerodynamics are vital in the quest for energy efficiency, sunswift violet has a drag coefficient below 0.2, better than most cars on the market. 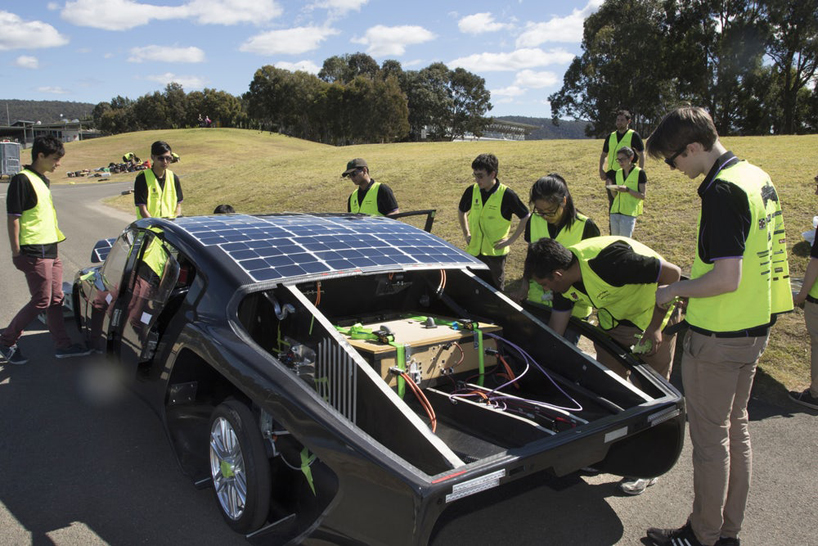 while undergoing race testing at the sydney motorsport speedway in eastern creek late last week, the car experienced a mishap: a bolt on the left-hand front suspension fractured during intense speed braking tests, causing the car to drop onto the roadway and skid for some 30 metres. there were four students aboard at the time, but no-one was hurt. despite the setback, the team of undergraduate students worked late nights and over the weekend to repair the damage and reinforce all the dynamic systems of the car, in order meet their original schedule. 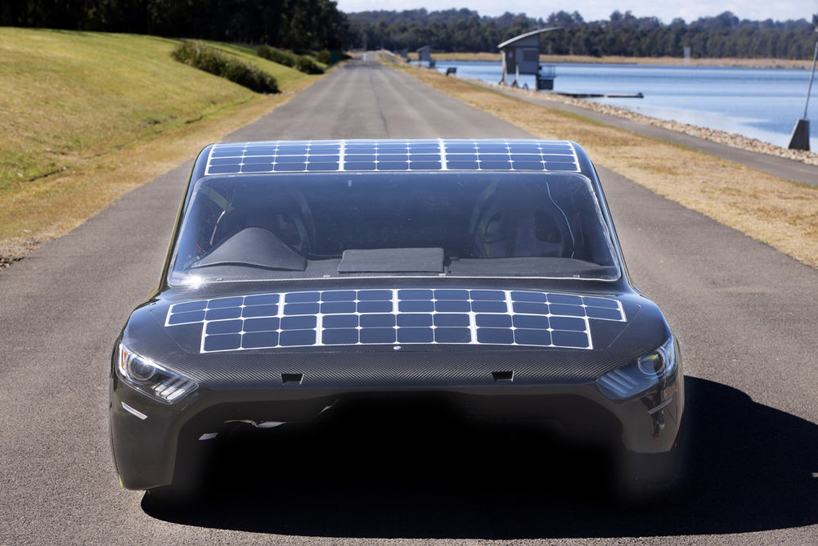 mark hoffman, university of new south wales’ dean of engineering, said challenges like these were a learning opportunity, ‘the car is operating at the cutting-edge of what’s possible, and the students are putting it through strenuous testing ahead of a race where they will face intense conditions, so it’s no surprise they will face setbacks,’ he comments. ‘that’s what an engineering degree should be about, learning about demanding, real-world challenges.’ 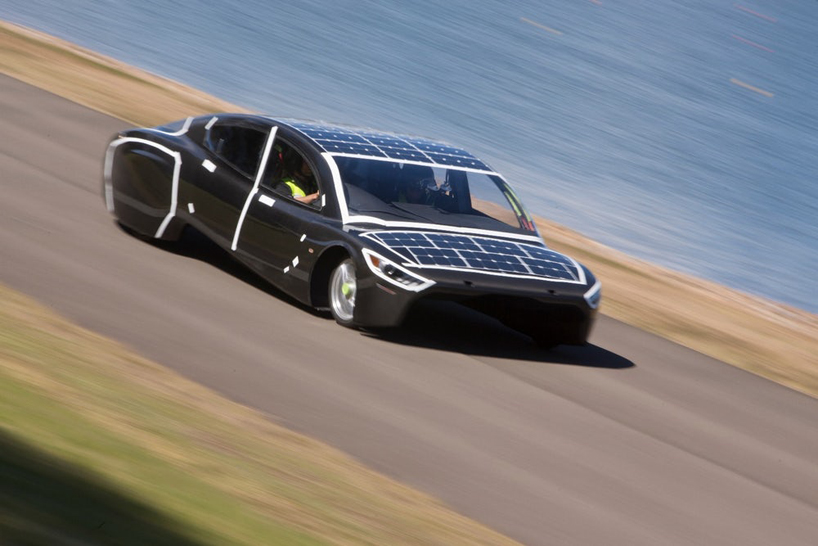 the sunswift team holds the world land-speed record for an electric vehicle, recognised in 2014 by the fédération internationale de l’automobile, when their previous vehicle, sunswift ‘eVe’, travelled at an average 100 km/h over a distance of 500 km on a single charge. this broke a record that had stood for 26 years, and was recognised with a world record trophy. teams competing in this year’s bridgestone world solar challenge come from belgium, canada, chile, germany, hong kong, india, iran, japan, malaysia, the netherlands, poland, singapore, south africa, south korea, sweden, taiwan, thailand, turkey, the united kingdom and the united states, as well as australia. 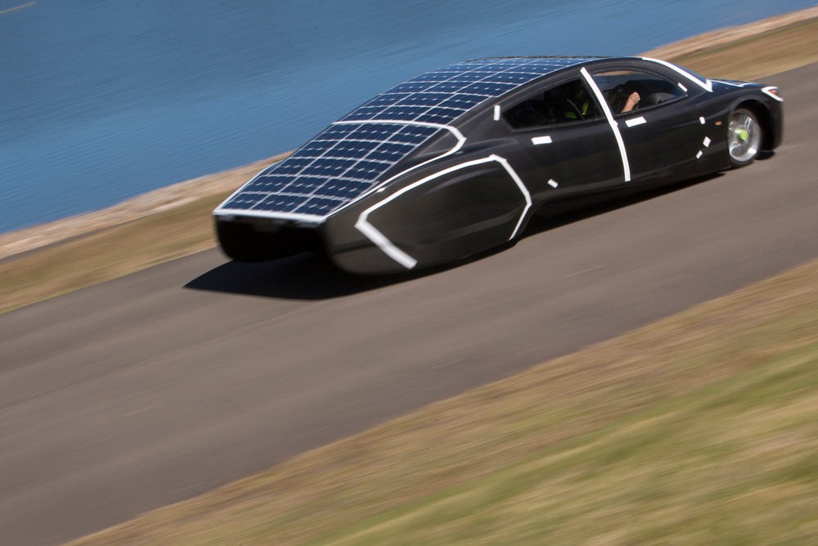 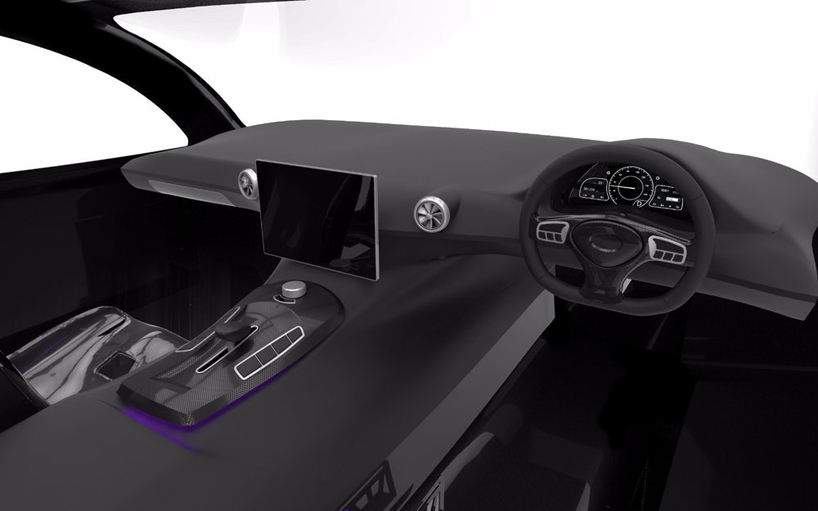 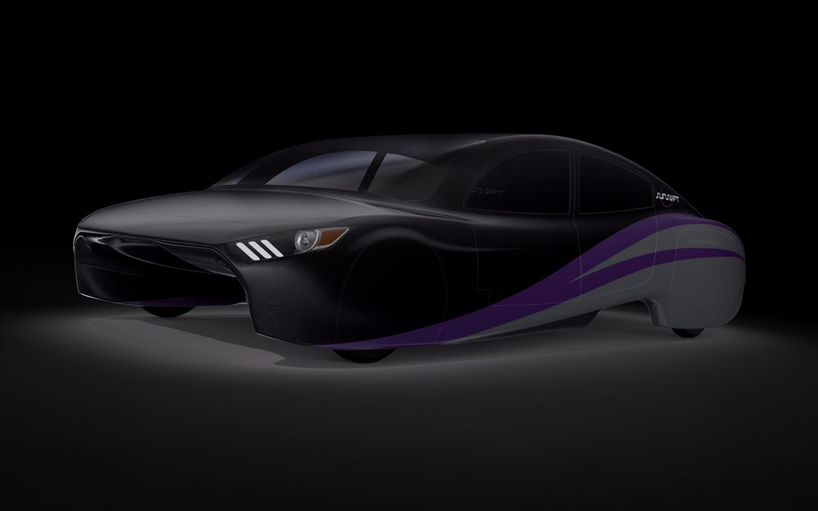