inspired by kirigami — a variation of origami that involves cutting paper as well as folding it — MIT engineers have developed a shoe grip that can increase friction between the shoe and the ground. taking snake skin as a referencing point, this friction-boosting material is ideal for coating the bottom of your shoes for a stronger grip on ice and other slippery surfaces.

created by giovanni traverso, an MIT assistant professor of mechanical engineering a gastroenterologist at brigham and women’s hospital, and an assistant professor at harvard medical school, in collaboration with katia bertoldi, a professor of applied mechanics at harvard university, the assistive grips could be used to reduce the risk of falling in icy and other hazardous surfaces among older adults.

‘through this work we set out to address the challenge of preventing falls, particularly on icy, slippery surfaces, and developed a kirigami-based system that facilitates an increase of friction with a surface,’ says giovanni traverso. this is achieved thanks to the intricate patterns of spikes created on a sheet of plastic or metal. these sheets, applied to the sole of a shoe, remain flat while the wearer is standing, but the spikes pop out during the natural movement of walking.

‘the novelty of this type of surface is that we have a shape transition from a 2D flat surface to a 3D geometry with needles that come out,’ babaee says. ‘you can use those elements to control friction, because the sharp needles can pop in and out based on the stretch that you apply.’ 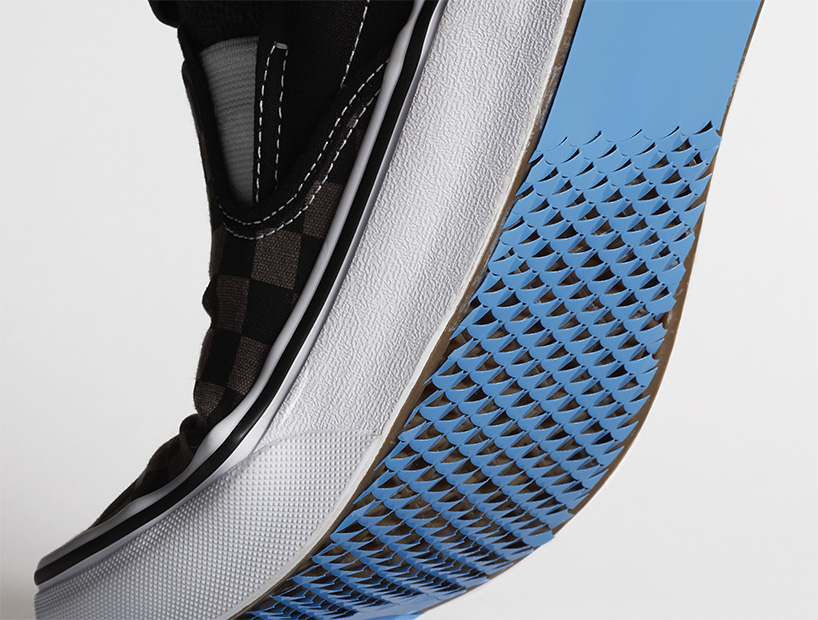 recently, the kirigami technique was used to create new materials like a bandage that has the ability to stick to highly deformable regions of the body, like the knee and elbow, and maintain its hold even after 100 bending cycles. it has also been used on a sensorized skin that gives soft robots an idea of touch and place.