universal studios japan has revealed plans to make its super nintendo world like a ‘life-size, living video game‘. scheduled to open its first location at universal studios japan in osaka the immersive theme park will do so by using wearable technology that allows visitors to collect digital coins, fight bosses and compete with one another. 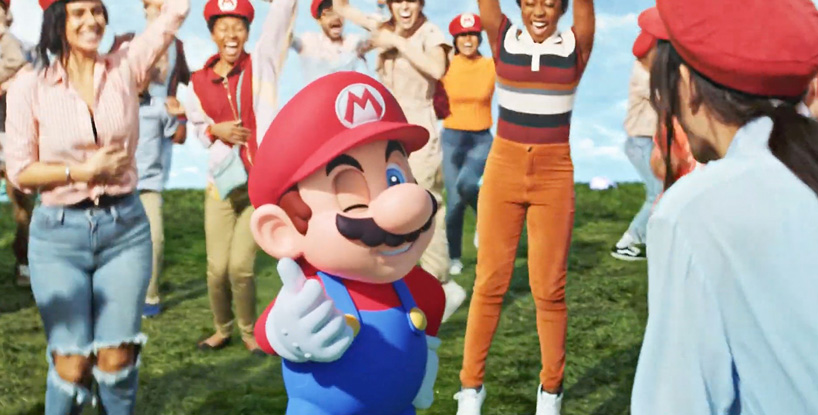 detailed at a press conference on tuesday (january 14, 2019), thierry coup, the chief creative officer of universal creative, revealed a first look at the land’s previously-announced interactive wristband component, the ‘power-up band.’ the band, which doubles up as a park pass and connects to a companion mobile app, will track visitors progress as they navigate the park. they are available in the following themed colorways: mario, luigi, princess peach, princess daisy, toad, and yoshi.

on twitter bloomberg reporter kurumi mori posted images and information from the event where thierry coup, the current senior vice president and chief creative officer of unversal creative, described the park as a ‘life-size, living video game.’ there was also mention that future parks will come to hollywood, orlando and singapore. 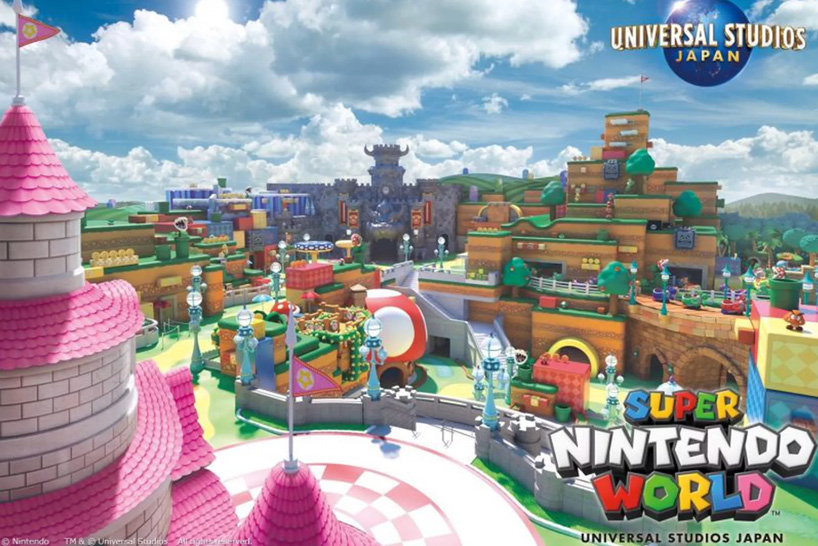 further details were revealed via an official website launch alongside the event, which mentions a real-life mario kart experience and explains that families will be able to travel the park on yoshi’s back. a first look at the upcoming theme parkland can be seen in the form of a music video posted on youtube: ‘we are born to play’ by galantis featuring charli XCX. although entirely computer-generated, the video gives an idea of what the immersive theme park will look like, featuring multi-level areas that include a yoshi ride area, and bowser’s castle, where the mario kart attraction will be housed. 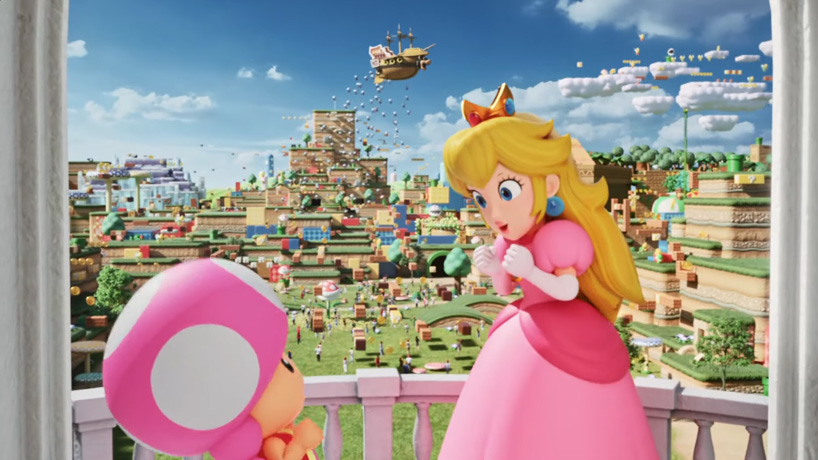 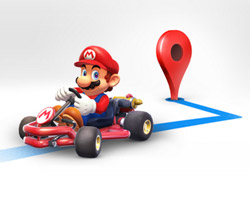