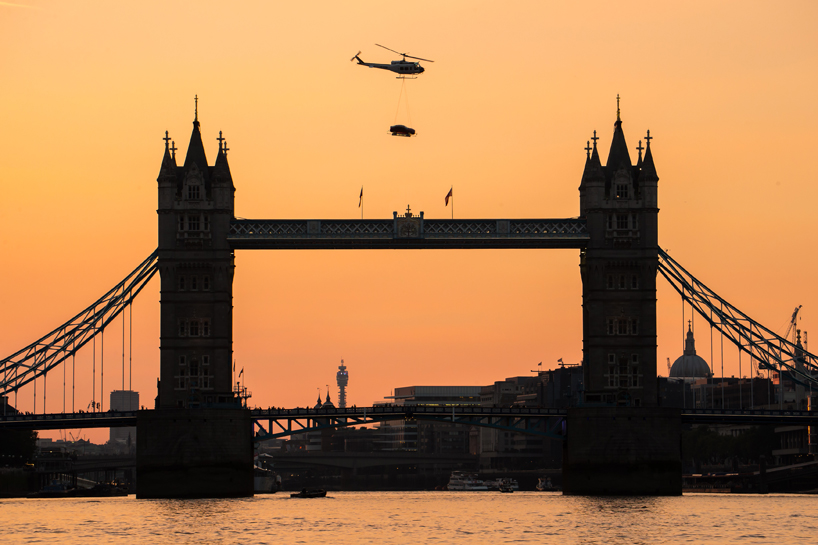 designboom reveals the first look at jaguar’s 2015 supercharged 3.0 liter V6 ‘XE S’ as it travels across london by helicopter, boat and on the ground for its live debut show at earls court. the low, sporty driving position and sleek, coupé-like profile of the performance-orientated car highlights the new modular vehicle architecture and ingenium engines for the 2015 ‘XE’ family. the top-off-the-range model has a six cylinder motor that generates 340PS and 450Nm of torque. this enables 0-60mph in 4.9s and an electronically-limited maximum speed of 155mph. also benefiting the velocity is the aluminum-intensive material choices that make it the lightest, stiffest and most aerodynamic saloon the company has released. the car’s construction unlocks composition possibilities that did not exist before because the core dimensions were determined by design and engineering working together. now perfect proportions, as well as continuing their tradition of uncompromised form and function are realized with; short front and longer rear overhangs, and a dynamic, cab-rearward stance.

the jaguar ‘XE S’ is the first car to feature all surface progress control (ASPC) that works like a low-speed cruise management by operating between 3.6 and 30 km/h to govern the brake system and power-train. it delivers optimum traction in the most slippery conditions without skidding and without the motorist using the pedals. this is aided by the laser head-up display (HUD) technology that projects high-contrast color images onto the windscreen to provide the automobilist with information such as speed and navigation instructions with maximum clarity and minimum distraction. it is also kitted with systems such as adaptive cruise control, closing vehicle sensing, blind spot monitoring, semi-automated parallel and bay parking, and reverse traffic detection.

an all-new incontrol infotainment system offers the latest technologies to link the automobile, driver and the outside world. the eight-inch touchscreen features a clear, intuitive graphical interface and fast response times that uses voice control to keep the driver’s eyes on the road. the center supports bluetooth, audio streaming and USB connectivity, and can be also used as a wifi hotspot. the rear-drive, streamlined style saloon is equipped with electric power steering (EPAS) that provides a range of tuning potential and energy efficiency. the RC 5754 recycled material aluminum alloy minimizes weight and reduces CO2 emissions by up to 3%, helping their goal of using 75% recycled materials by 2020. 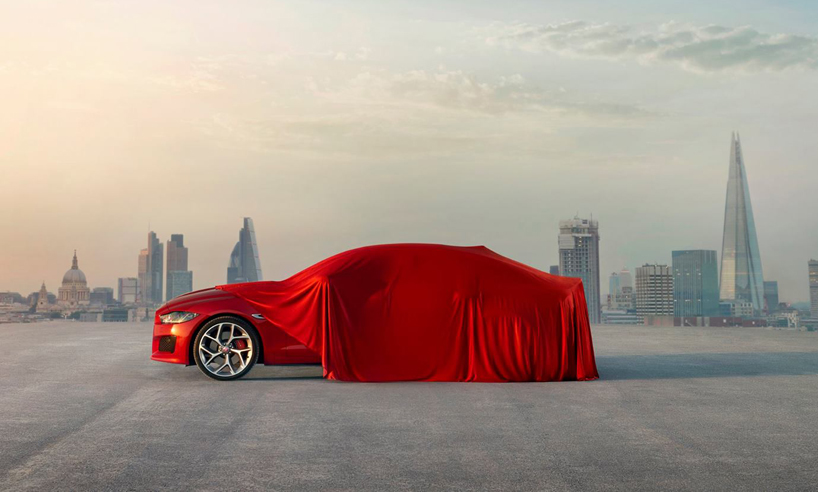 the jag is ready for its london launch

the lowest cost of ownership for any jaguar has a strongly-sculpted bonnet that creates a taut, muscular appearance and features a rising waistline that adds to the sense of movement. the form of the rear quarters is influenced from the F-TYPE coupé and has the signature J-Blade running lights that are another instantly recognizable jaguar styling element.

‘jaguar’s position as the leading premium manufacturer of aluminium vehicles allowed us to develop a light, stiff body structure that is groundbreaking in its class. it enables the XE’s advanced chassis technologies to deliver an unprecedented balance of agility and levels of refinement previously found only in vehicles from the segments above.’ said kevin stride vehicle line director for jaguar XE. 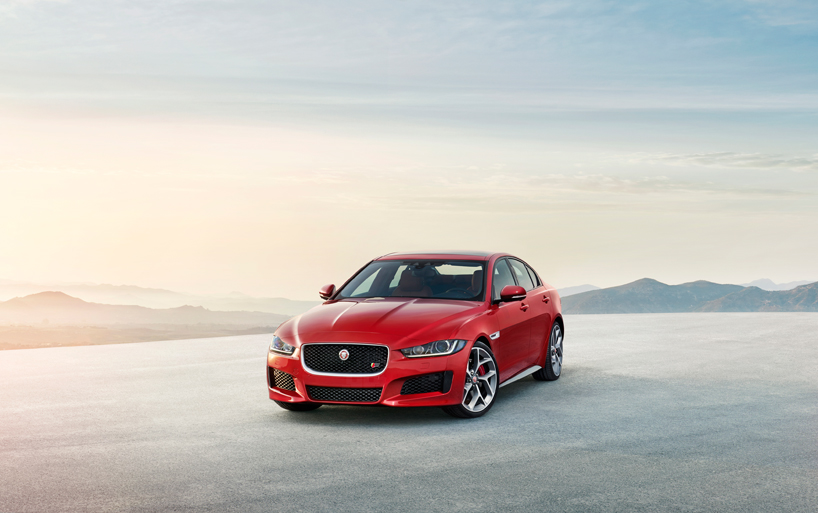 ‘our mission was to create an exciting and dynamic design clearly reflecting the XE’s positioning as a serious driver’s car. the cab-rearward proportions and tight packaging achieve that and give the XE the appearance of movement even when it’s standing still. it bears a strong family resemblance to the F-TYPE and will stand apart from the crowd.’ – ian callum, the director of design at jaguar.

‘the XE is as strong and light as it could possibly be thanks to exhaustive analysis and by bringing the latest engineering techniques to bear on its design. it has been challenging to accomplish but the XE’s structure is absolutely at the cutting edge of what is achievable today.’  – dr mark white, the chief technical specialist for lightweight vehicle technologies. the details of the entire ‘XE’ range are announced at the paris motorshow in october. 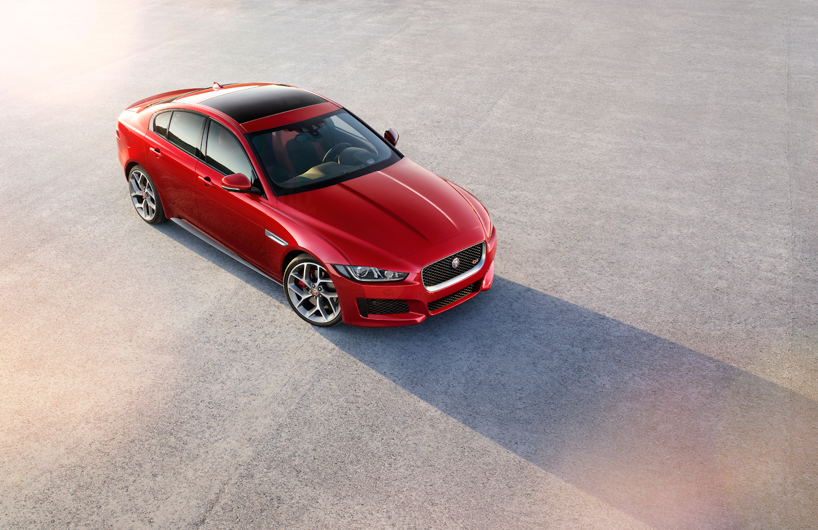 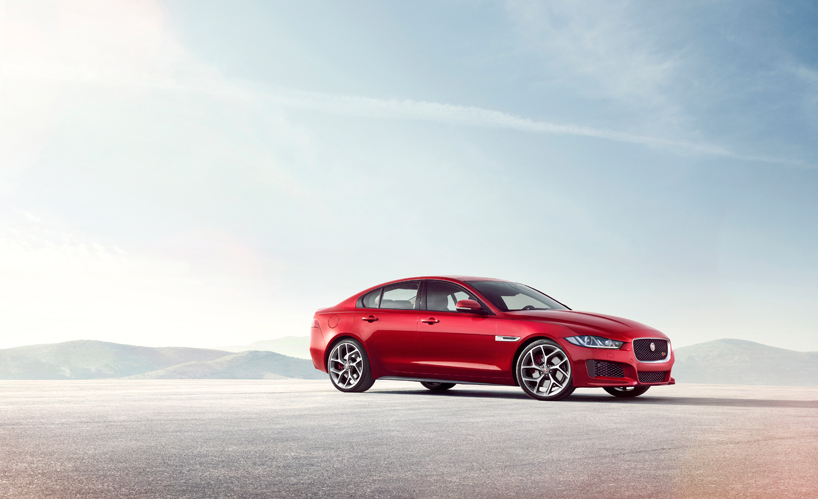 side view of the ‘XE’ range’s top model 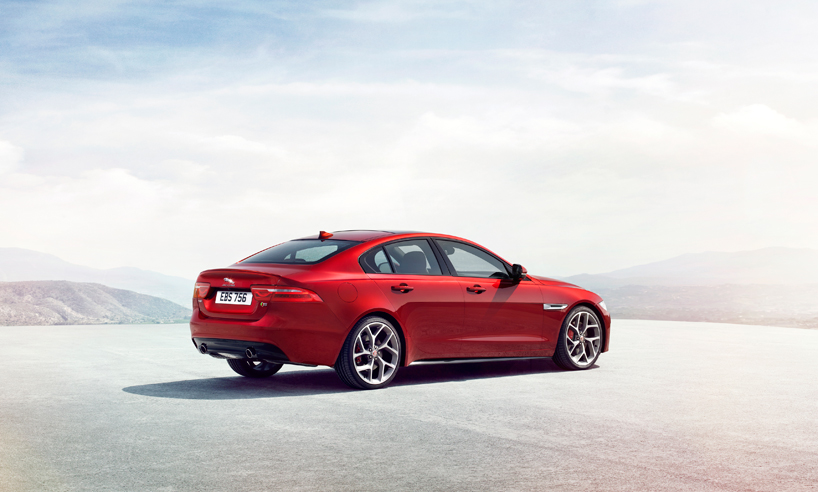 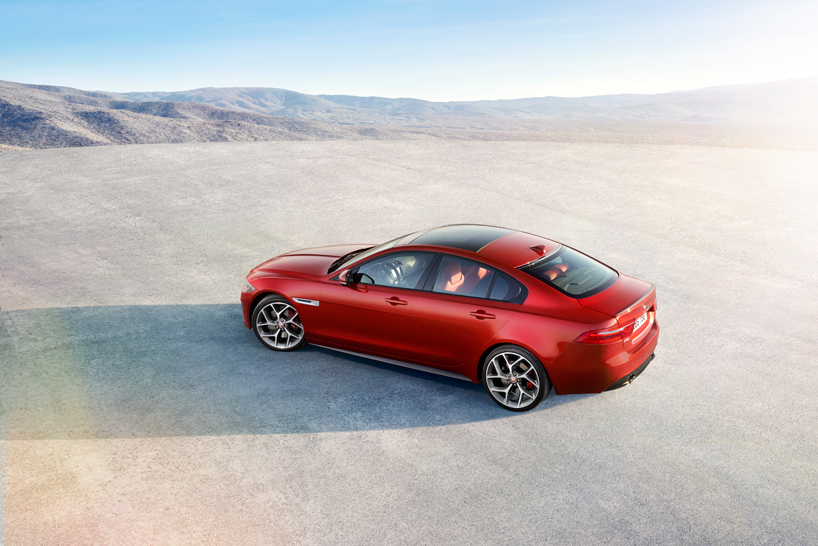 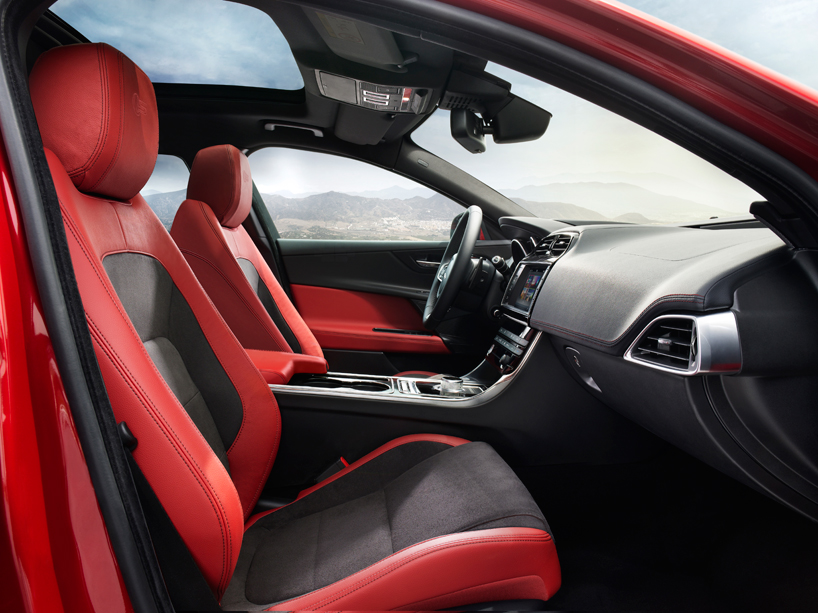 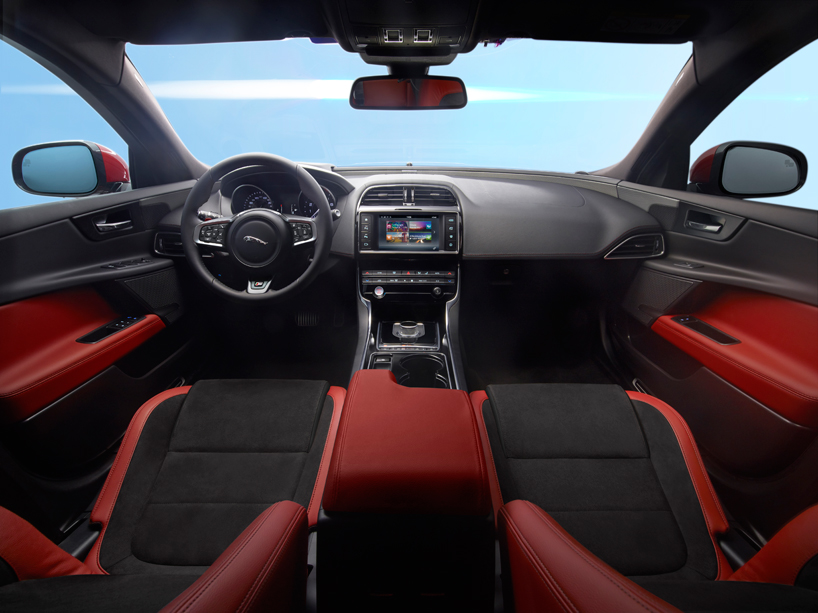 technical fabrics, fine-grain leathers and details such as contrasting twin-needle stitching give the cabin a bespoke quality 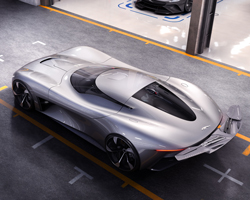 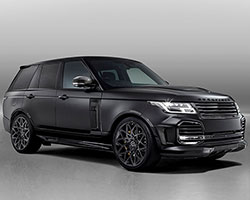 Jan 11, 2021
mink is a tiny teardrop camper offering a warm cocoon
the mink 2.0 sports camper is a fully-equipped heated mini camper with an outdoor kitchen and a panorama roof.
technology
+2.6K shares
connections: +110