ishikawa oku laboratory in tokyo have developed a robotic hand that can play an infinite number of games of rock-paper-scissors with a 100% winning rate over its human opponent. with one millisecond high-speed vision, the ‘janken’ optically recognizes and registers the position of the human it faces. as the real hand plays either rock, paper, or scissors — at the timing of one, two, three — the programmed competitor nearly instantly determines its physical arrangement and shape and, without time delay, concludes which configuration to assume to beat it. the final posture of the robot is completed at almost same time of the finished shape of a human hand. the technology is an example of the possibility of mechanical recognition within a mere millisecond, which can be applied to motion support and human-robotic cooperation.

take a look at the video below to see the mechanical hand win every game of rock-paper-scissors it plays against its human opponent: 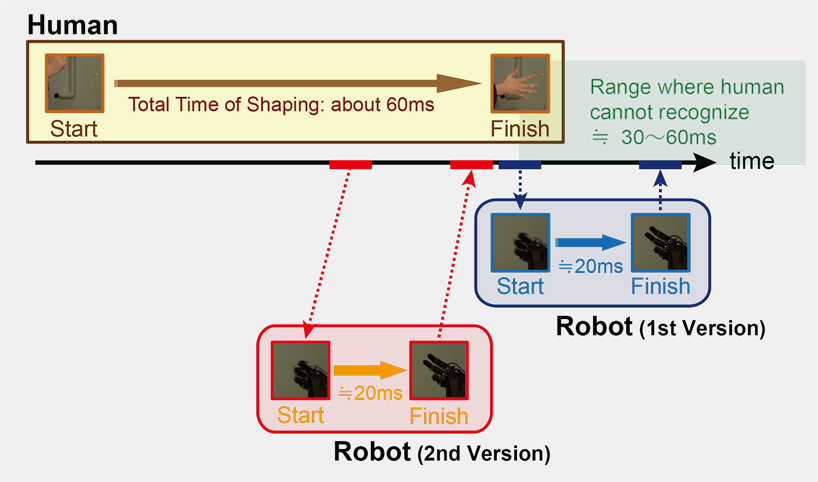 the evolution of the janken rock-paper-scissors robot