artega, the german sports car manufacturer, has commissioned touring superleggera with the design of their next all-electric ultimate sports car. unveiled at this year’s geneva motor show, the artega + superleggera ‘scalo superelletra’ is the preview of the series model to be delivered in spring 2019. unusually, the sports car has three full-sized seats with a central driving position, offering practicality, space optimization and an immersive driving experience. it is powered by four high power electric motors offering supercar performance,  while the production is strictly limited to 50 units. 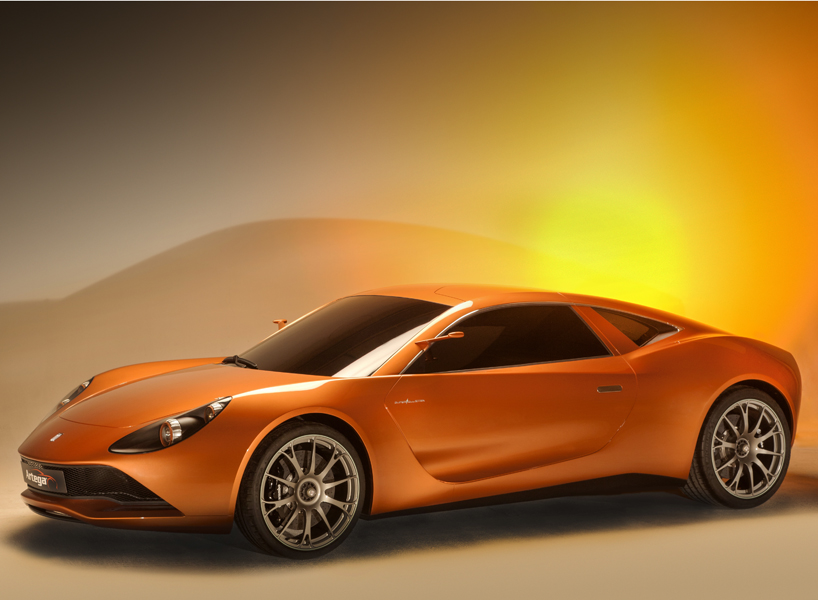 touring superleggera was chosen as the ‘scalo superelettra’s’ stylist because of its unique 90+ year history which has produced some great designs, and its recent successful track record with models such as the ‘disco volante coupé’ and ‘spyder’, ‘berlinetta lusso’ and ‘mini superleggera vision’, demonstrating their ability in combining italian design and craftsmanship with a variety of different themes. 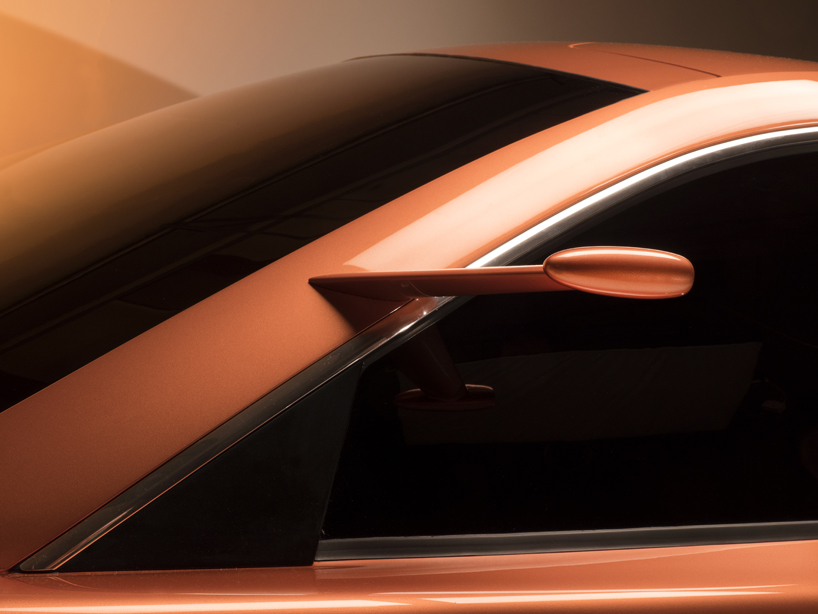 in creating the new design, superleggera has adhered to artega’s strict principles. it was important that the car was visually beautiful, with perfect proportions. it also needed to be discreet, understated and unembellished with unnecessary ornamentation. obviously a sports car, it displays its luxurious qualities, without being ostentatious. clean, simple, minimalistic lines ensure the design is timeless, but highlighting its exclusivity and showcasing a technical tour de force. in brief, it had to be seen as a work of art in accordance with the core values of the german-automaker. 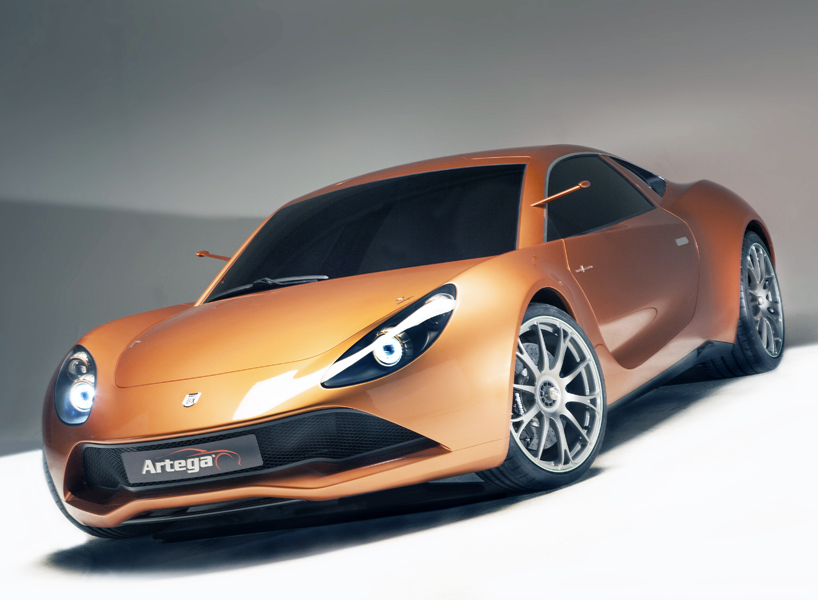 superleggera’s new design has maintains artega’s visual brand identity while recognizing the designer’s tradition of creating beauty through simplicity and purity of line. subtle design features, such as placing the door in the centre of the car’s profile, provide a balanced shape, which accentuates the car’s elegance. at the same time, other motifs, such as the razor edge wing profiles, the shut line of the door, the angle of the B-pillar and the hot air exhaust outlets for the front brakes, point to the car’s dynamic qualities. 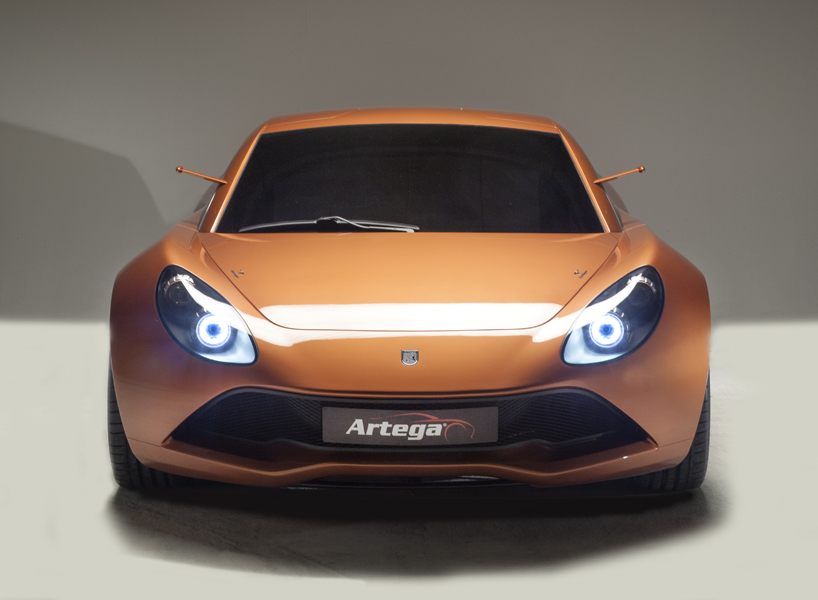 practicality is embodied in the design too, with the door cut-outs in the roof to facilitate an easy access to the three seats, each of which is an individual full size bucket placed parallel to the centreline. generous headroom is hinted at with the polished detailing strip above the side window. artega scalo superelletra uses a carbon fiber monocoque with high tensile tubular steel sub-frames front and rear, reinforced with carbon fiber crossbars. in-keeping with touring tradition, the bodywork blends aluminium with carbon fiber sheet panels, while the lightweight material is also selected for the bonnet, hood and doors. 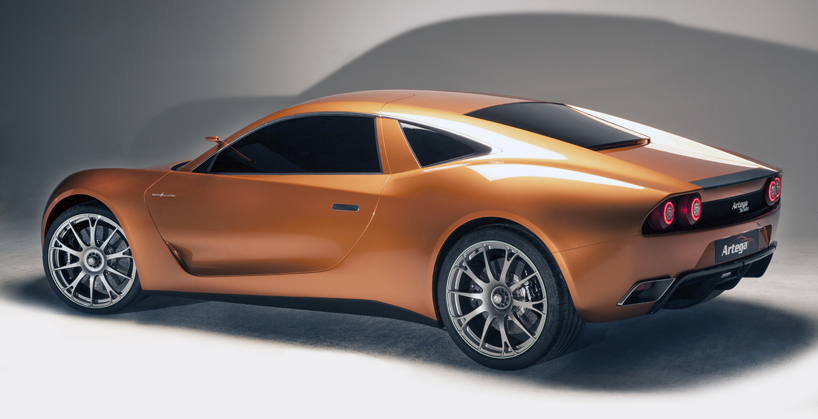 there are four water-cooled synchronized high performance E-machines from the german manufacturer voltabox, those in the rear rated at 400kW, with a 500kW peak, and the two front ones rated at 350kW, with a peak output of 400kW. they provide a total nominal output of 750kW -1,020hp, with a peak output of 940kW – 1,278hp. with 1,620nM torque, and on a target kerb weight below 1,850 kg, stellar performance can be expected. particular attention is paid to eco-friendliness in production: not only is the manufacturing process CO2-neutral, but the car is fully recyclable. 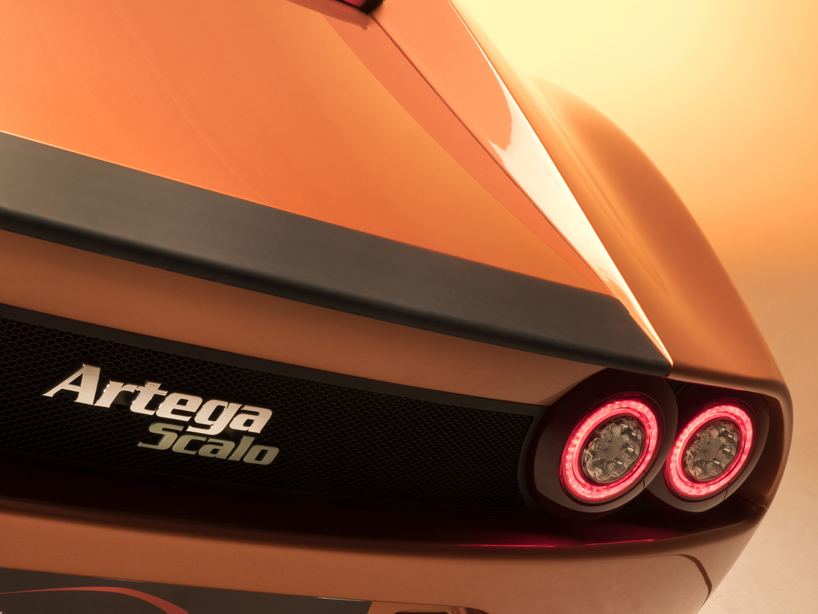 ‘we are delighted of the opportunity to design a fully electric car. there were a few challenges here, particularly in finding the right proportions for the 3-seater layout. the innovative electric package, however, gives a higher degree of freedom and we tried to take full advantage from it,’ comments piero mancardi, CEO of touring superleggera. he continues, ‘the project grew incredibly fast, with exceptional levels of mutual understanding with artega’. 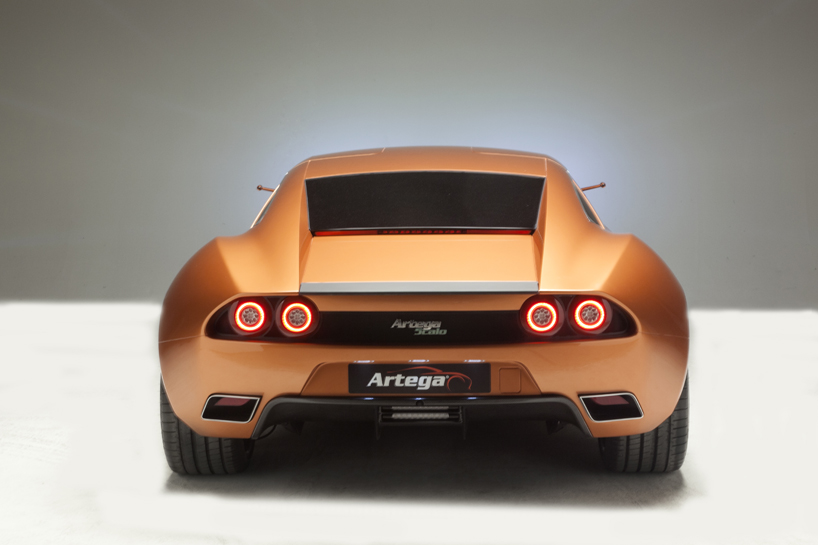 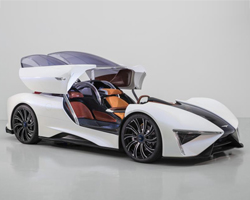 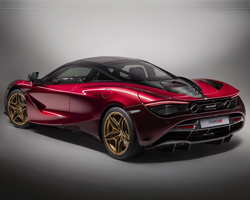 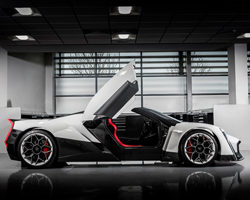 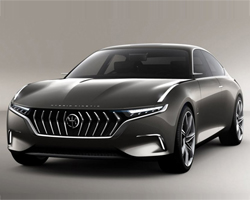 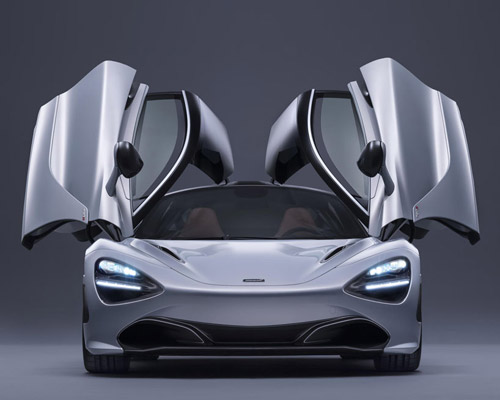