the swincar ‘spider electric 2’ is a vehicle with exceptional road capabilities whose only comparison could be some ATVs. made of machined aluminum, the frictionless swaying is helped by sealed bearings that pivot crossbeams of the chassis. the concept utilizes a fully independent suspension to a whole new level, that incorporates the tilting of the driver’s cell to keep its center gravity adaptable to the surrounding terrain. this kinematic exchange allow for inclination during turns, correcting tilt at the most extreme slopes. 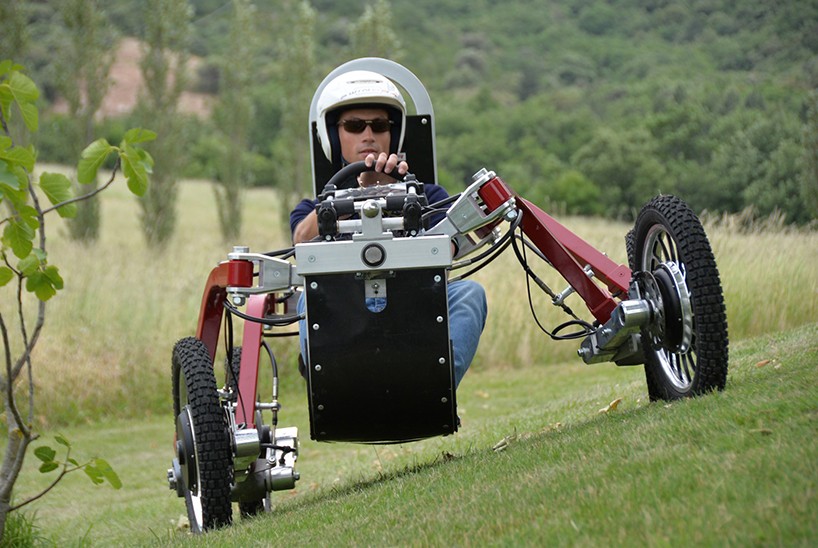 each wheel, with its own turning axle, is powered by an 1.5 watt electric motor that thrusts the car in motion at all times. with 4kWh lithium batteries onboard and recharging engine braking, the swingcar ‘spider electric 2’ have climb hills for four hours, and then recharging when descending downhill. the french team at swincar have already fully developed the concept, and plan to bring it to production at the end of 2015. ‘merci beaucoup’ for thinking really outside the box on this project. 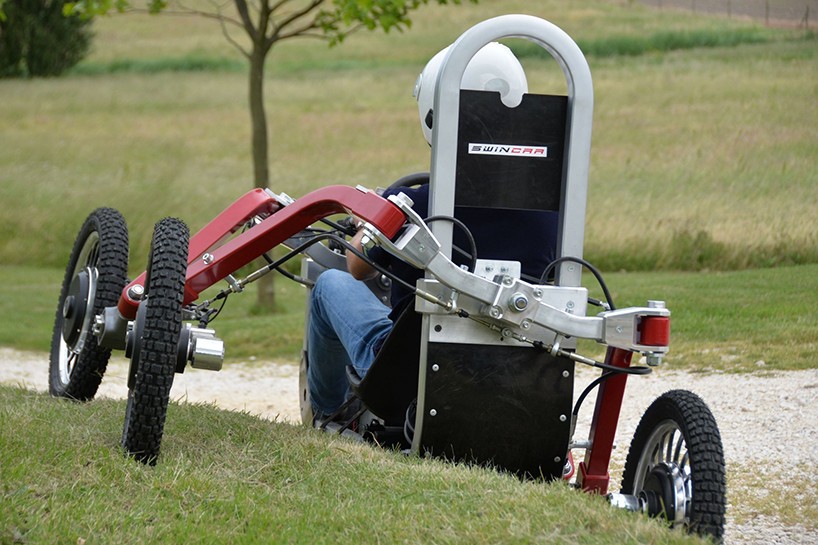 made of machined aluminum beams 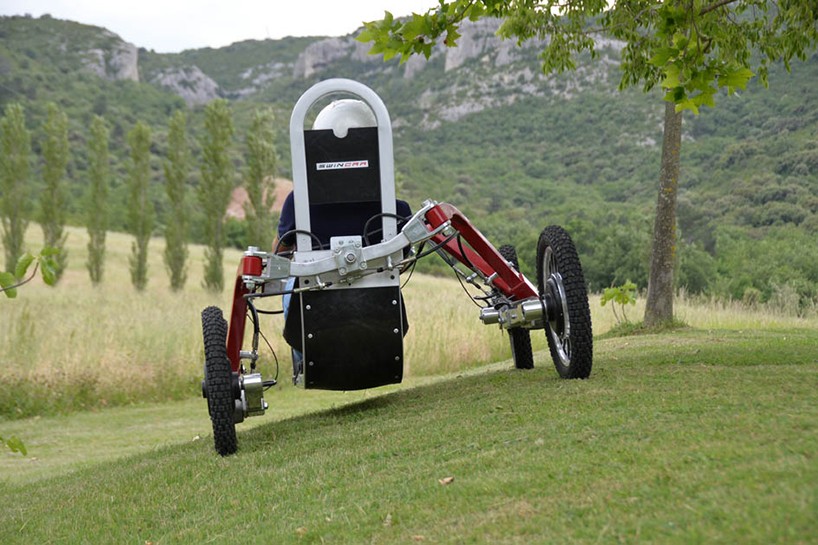 each wheel powered by an electric motor 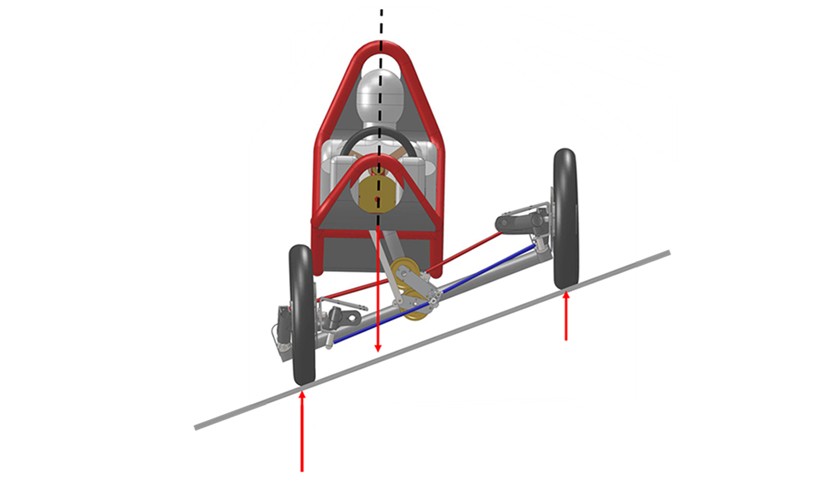 the system displaces the center of gravity accordingly 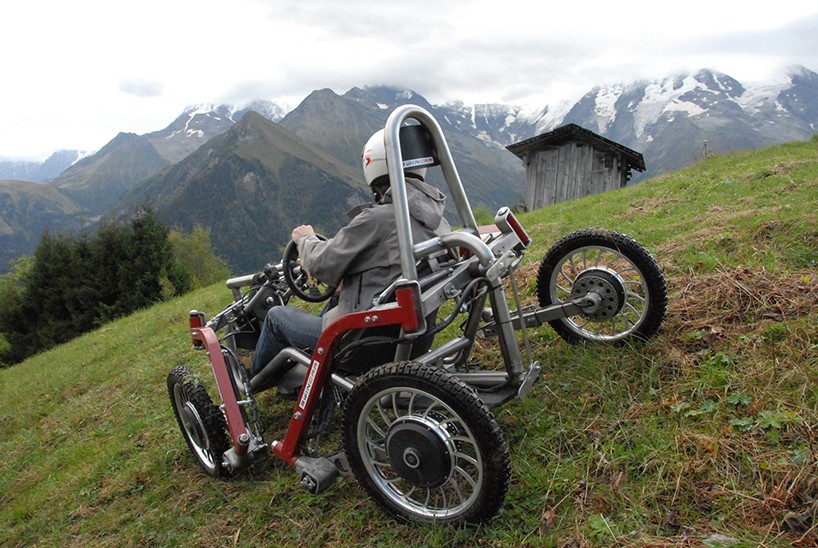 all the traverse very difficult slopes 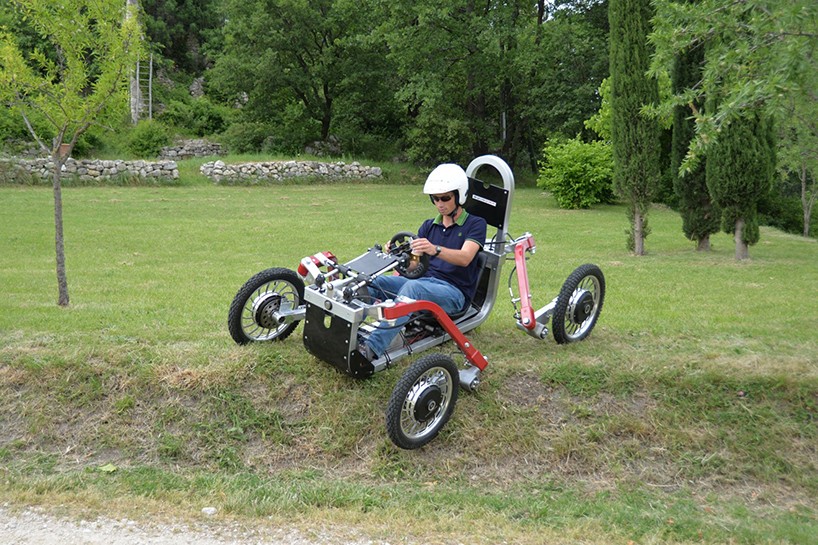 controlled by pedals and a steering wheel 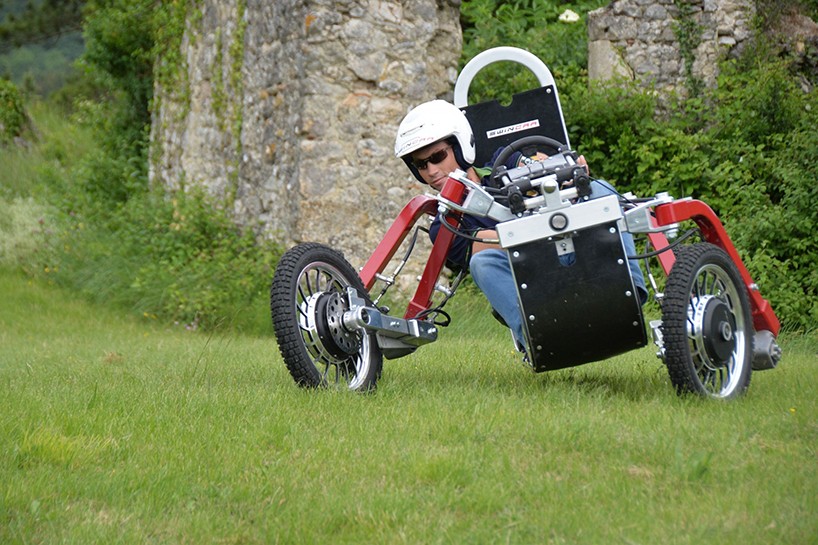 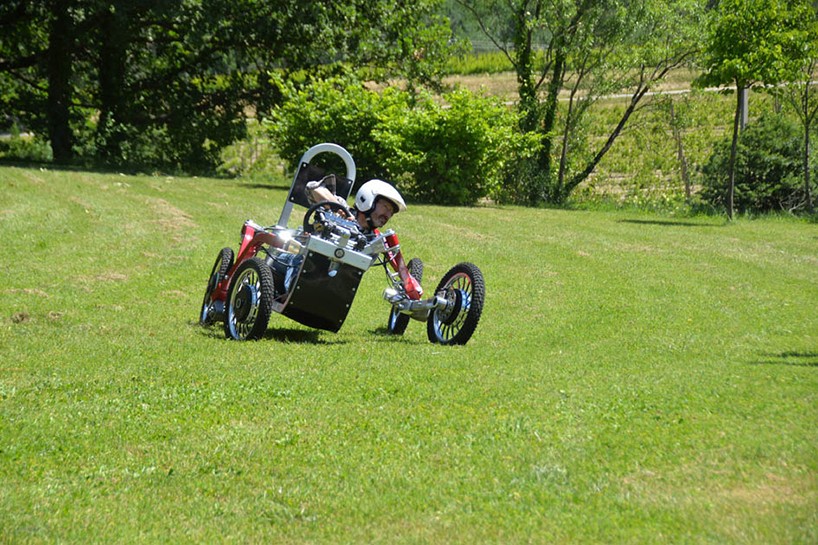