in colaboaration with the ticino EOC hospital group and the drone manufacturer matternet, swiss post have launched a project to transport laboratory sambles between two EOC hospitals. the use of drones—instead of transporting the samples by road as is the current procedure—will make transport faster and more efficient, in turn improving the provision of care to patients. 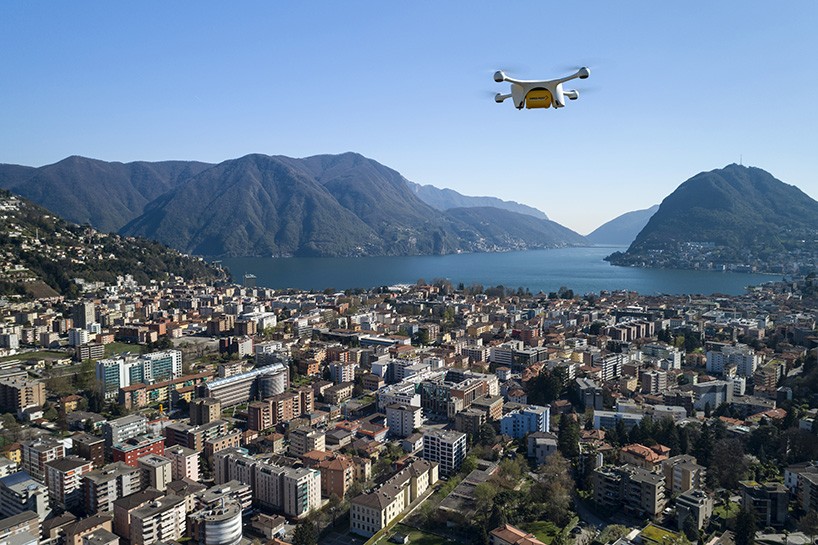 the drone in use is an 80 cm diameter quadcoper from matternet, that specializes in the transport of light goods weighing up to two kilograms. with an average speed of ten meters per second and a range of up to 20 kilometers, the swiss post’s drones will ensure the rapid exchange of lab samples with regular flights between two hospitals in lugano – the “ospedale italiano” and the ‘ospedale civico.’ the idea of a drone taking care of the exchange of laboratory samples in a city is a first in switzerland, with swiss post already playing a pioneering role in drone logistics worldwide. 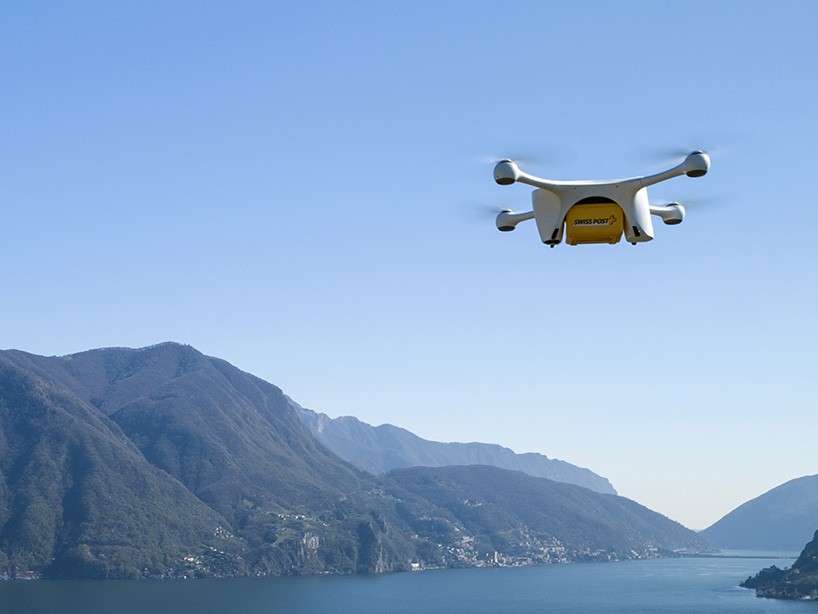 the drones specialize in the transportation of light goods

as soon as the drone meets all of the strict requirements regarding safety, practicality and reliability as set out by the federal office of civil aviation (FOCA), the regular use of drones between the two hospitals will become an everyday occurrence. swiss post hopes to have drones regularly transporting lab samples from 2018. 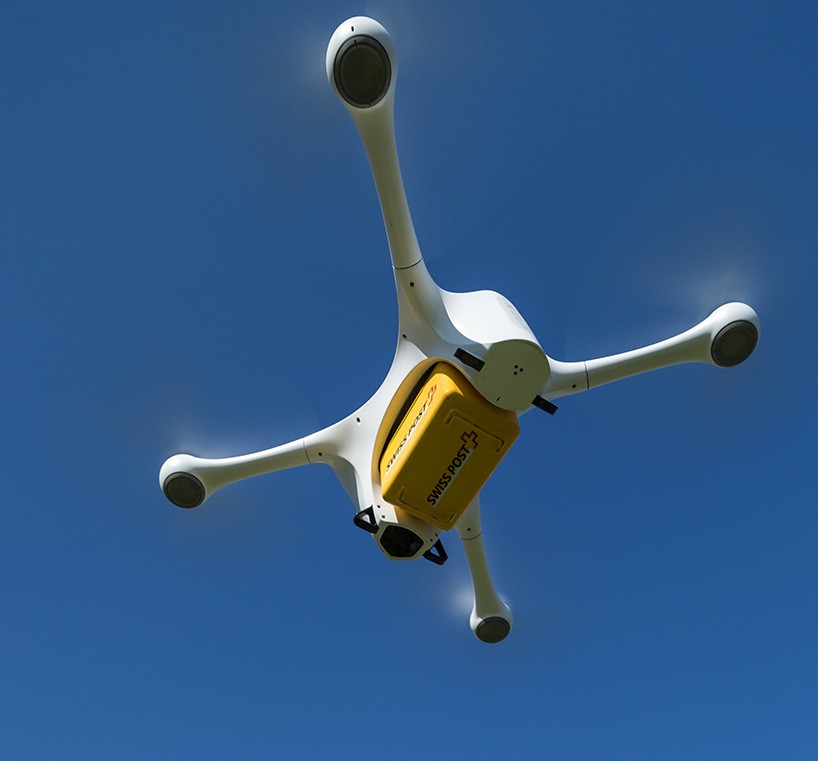 from 2018 onwards, trained hospital staff will be able to load the drone independently with a safety box (in which the lab samples are packaged) and launch the drone with a smartphone application. the drone will then fly autonomously along the predefined route to its destination, where the box will be received by another member of staff. 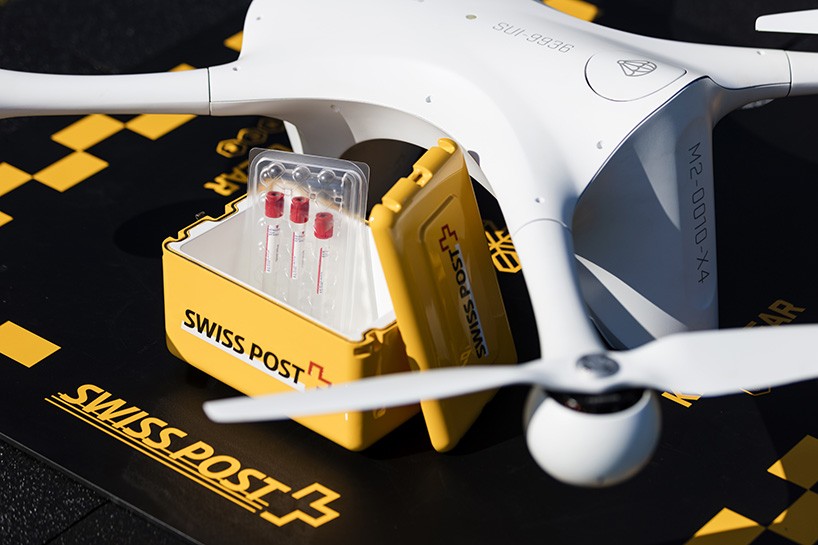 lab samples are packaged in a safety box 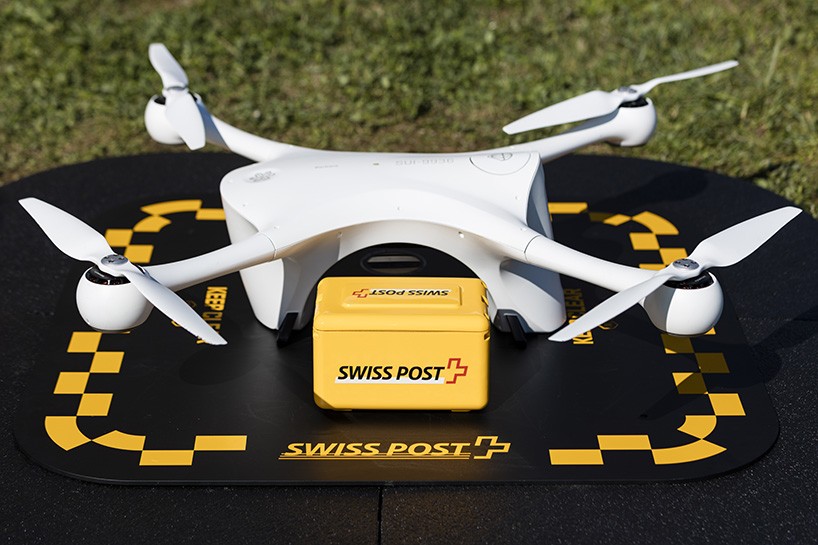 the drone is controlled by a smartphone application 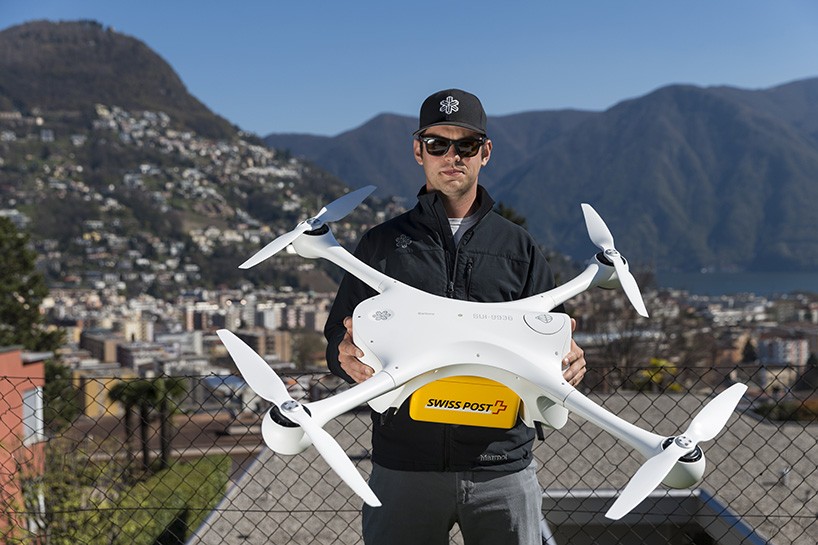 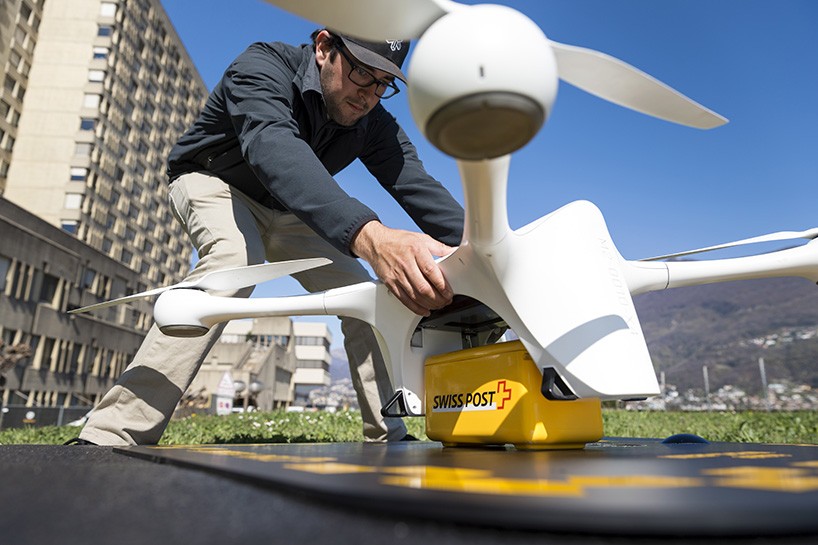 hospital staff will be professionally trained to load the drone

Apr 28, 2021
rolls-royce collaborates with Hermès in bespoke phantom for japanese billionare
designed and handcrafted by a team of specialists from both houses, the car was envisioned as a land jet, bringing the exclusivity of private air travel to the streets.
technology
0 shares
connections: 98
research team in seoul develops rugged, shape-shifting wheels with origami techniques
in their natural state, the wheels are collapsed and small -- when squeezed horizontally, they fold up to their maximum diameter.
technology
0 shares
connections: +540