london-based startup swytch technology unveils a hand-held conversion kit capable of transforming any regular bicycle into a state-of-the-art ebike with up to 40 miles electric range. the swytch kit replaces the stock front wheel with a motor wheel and features a quick-release controller that slots onto a bracket fixed in between the handlebars of the bike. 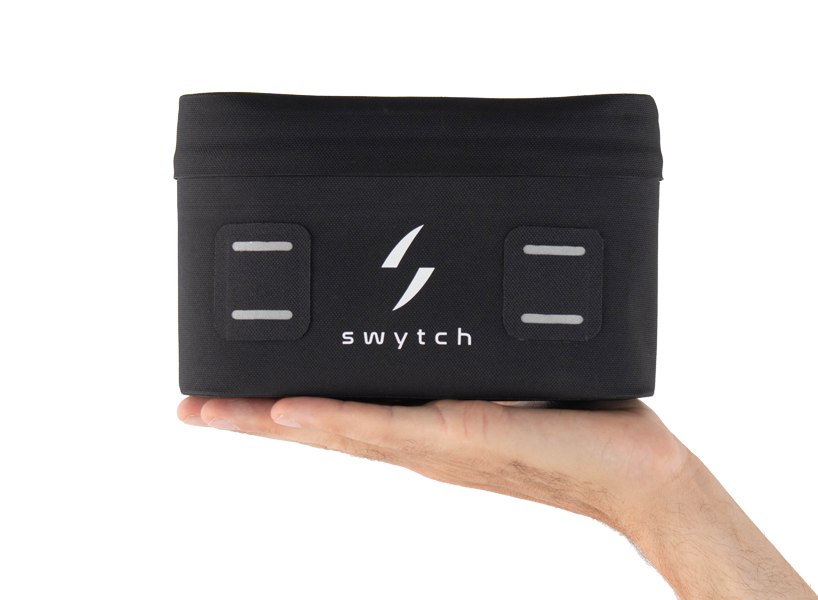 it provides 250w of power with an advanced lithium battery that boasts 40 miles range and a top speed of 15mph (20mph in the US). there is also a 40 mile version. a speed sensor which users can attach to the pedal to detect forward rotation and activate the motor of the bike, instead of using a twist or thumb throttle on the main controller.

‘our mission is to make top-quality electric bike technology affordable for everyone. we went to great lengths to design the product to be affordable, easy to fit, and universally compatible,’ explains swytch. ‘we estimate 99% of the 1 billion bicycles in the world could be converted with swytch. doing so, instead of building brand new ebikes, could save thousands of tonnes of carbon emissions, as well as saving our customers a lot of money.’ 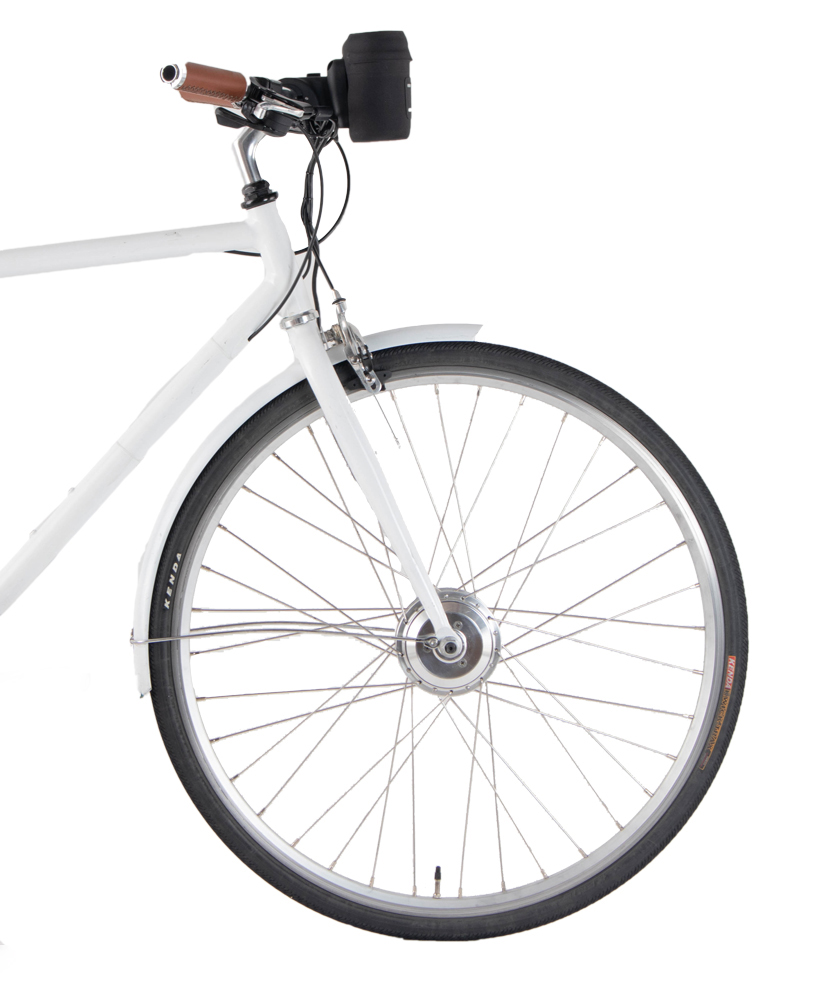 ‘in 2017 the company raised over $500,000 on indiegogo from over 1,000 customers to develop and manufacture the original swytch kit, which is currently available to order on the swytch bike website. the new kit that is 50% lighter (3kg power pack down to 1.5kg) and 70% smaller (shrunk from car-battery size, to palm-sized) than the original.’ 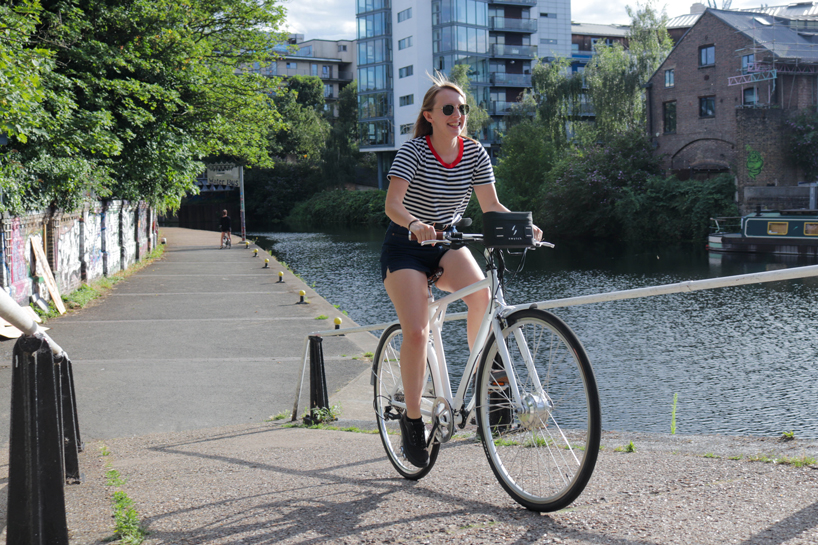 the swytch kit is easy to fit, and instantly removable, allowing customers to keep their existing bike. price will be announced when the new product is launched in late september 2019 via product crowd-funding site indiegogo. it is making its official debut during the 2019 eurobike international cycling trade show in friedrichshafen, germany. 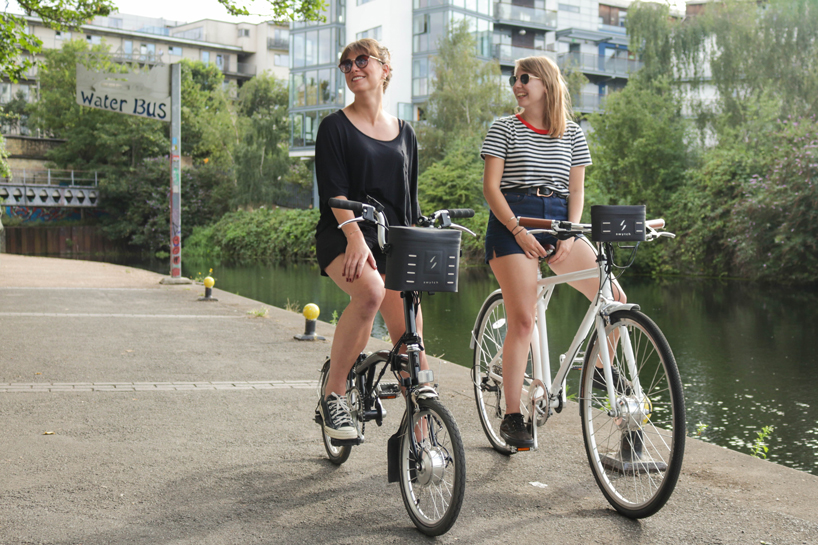