at SID display week 2012 in boston, tactus technology demoed a morphing touchscreen where tactile keys appear and disappear as needed. the sample unit was a prototype android smartphone, but the system would be applicable to phones, tablets, and any other input device, including remote controls, navigation systems, games, and soundboards.

the technology is based on microfluidics, wherein a series of tiny channels are arranged beneath the flexible surface of the touchscreen, through which a reservoir of special oil can be pumped, ‘inflating’ the keys. the current system requires that the channels are built into the hardware, so that the configuration is fixed to represent portrait/landscape configuration for QWERTY or a dialpad, but already apps can selectively control only particular keys or parts of the screen; in the future, tactus hopes to develop a full-screen, instantly customizable keyspace.

tactus anticipates that the first devices incorporating the dynamic touchscreen technology will be released in 2013.

demo video of the technology 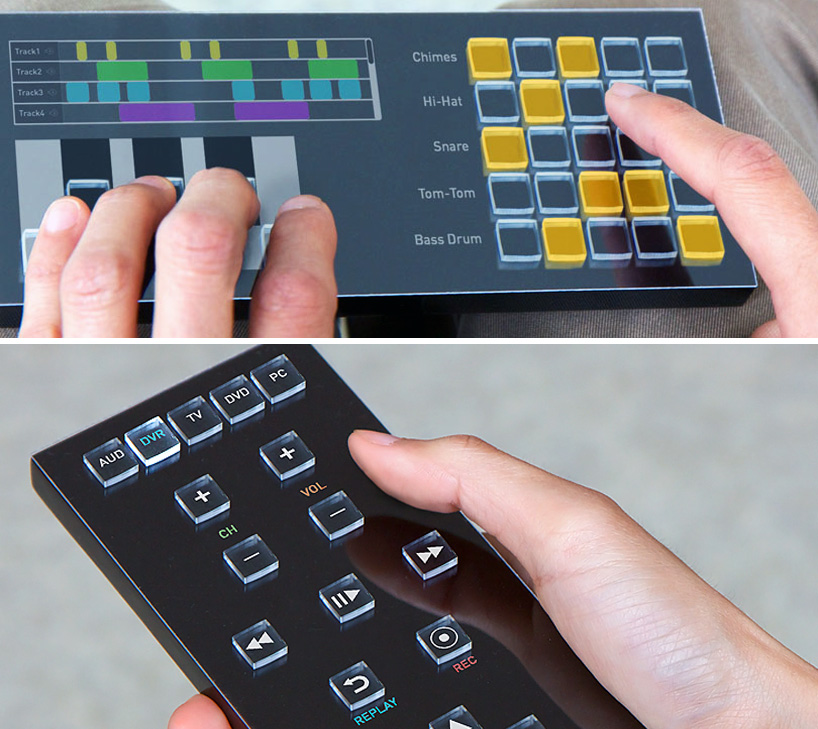 the system could be implemented in smartphones, tablets, remote controls, navigation systems, and gaming

profile view of the ‘key’ bubbles 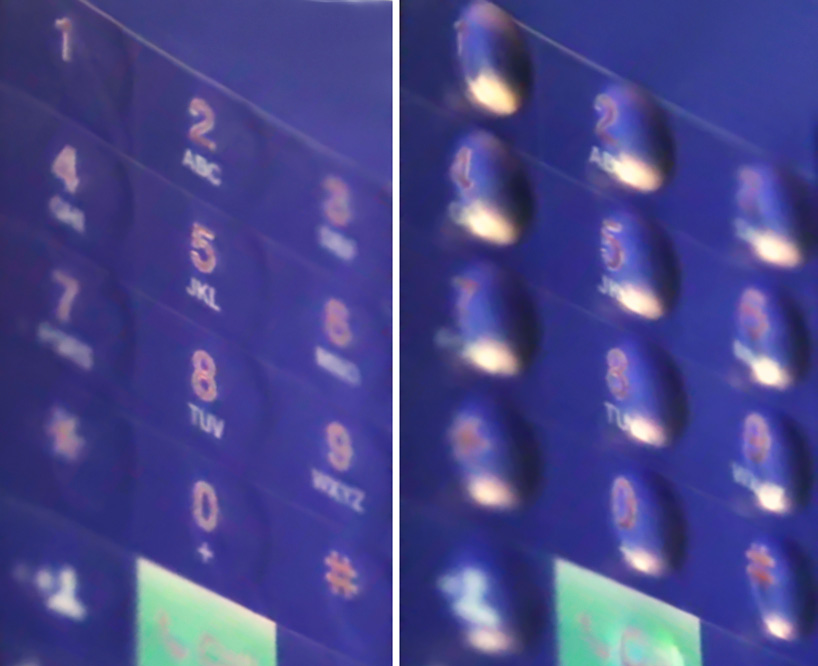