in honor of the 15th anniversary of the release of ‘tamagotchi’, japanese company bandai has produced a special edition model of the digital pet. the ‘tamagotchi ID L 15th anniversary’ features a colour screen and a range of different environments through which the creatures can travel. the device can connect wirelessly to other tamagotchis to swap items or even date and marry each other.

there are several new designs among the 15 male characters and 17 females, and new games offered. the device retains the same size and form of the original, produced in pink or purple and retailing for 113 USD on japantrendshop. 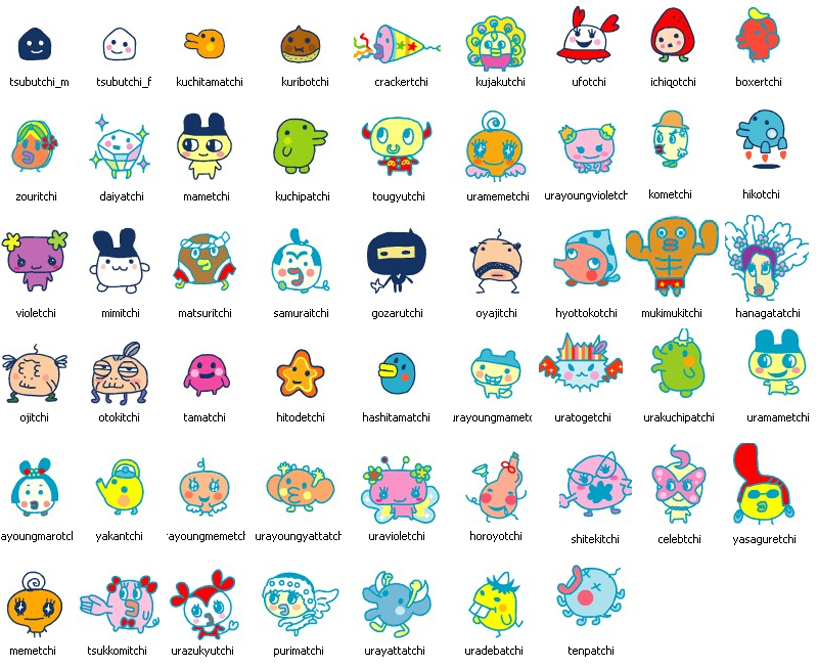 the character list of the original tamagotchi, some of which return to the ’15th anniversary edition’