indian auto manufacturer tata motors has planned to release the ‘AIRPOD’ air-powered urban vehicle. the three passenger transportation module uses compressed air instead of traditional alternative fuels like compressed hydrogen or natural gas  for a carbon-neutral, zero-emissions ride. developed by MDI, its special engine works by extracting air pressure from its 175 liter storage tank on board, which refills itself either through an external pump or while driving with the help of a complimentary electric motor. the vehicle reaches a top speed of 43 mp/h ( 70 km/h ), making it ideal for urban inner city travel in congested metropolis areas. with a range of over two hundred kilometers, it only takes around two minutes for a full tank, costing approximately one euro to fill.

the vehicle is currently is in its second phase of testing, and is expected to be commerically available in the near future. you can see the designboom’s original coverage of the ‘AIRPOD’ when it first began testing in 2009 here. 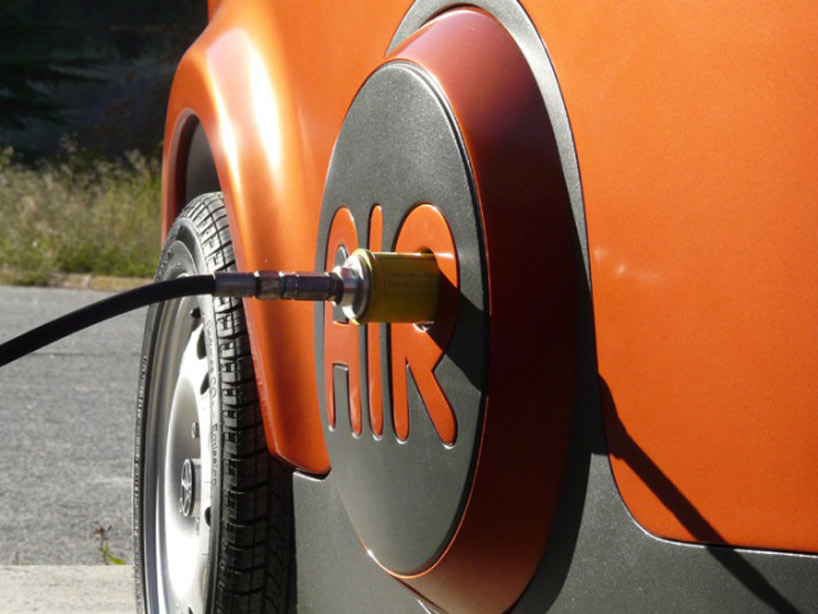