designed by brian shimmerlik, ‘taxi treats’ would bring small vending machines for snack bars, OTC medication, and mints to the back of new york cabs

‘taxi treats’, a built-in vending machine in taxi cabs, has won the new york economic development corporation’s ‘next idea‘ competition, earning 17,500 USD in start-up funds and free office space to help realize the initiative. designboom has been in touch with brian shimmerlik, the NYU stern school of business grad student who developed the concept (alongside buenos aires-based student tomas grosskopf), who offered more images and information about the design.

‘who hasn’t flown into new york, grabbed a taxi, and had a terrible headache?‘ shimmerlik muses. ‘who hasn’t been late for a meeting, immediately regretted skipping breakfast, and suffered for the rest of the day? who hasn’t left a meal and thought, ‘wow, I’m self-conscious about my breath?’’

the machine would sell energy drinks, snack bars, gum and mints, and over-the-counter pain relievers, mounted to the back of the driver’s partition alongside the taxi TV screens that are in the new cab models. ‘taxi treats’ has not yet been approved by the new york city taxi & limousine commission, but shimmerlik suggests that a real-world implementation could see payment for the items added directly to the cab fare. 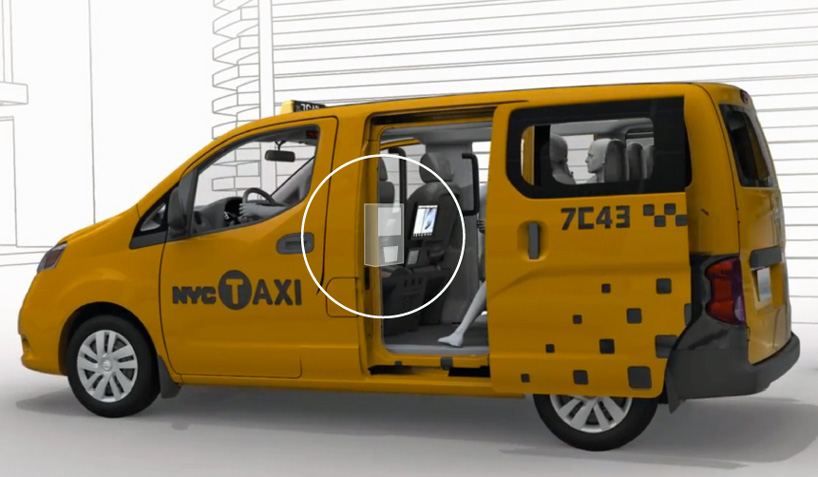 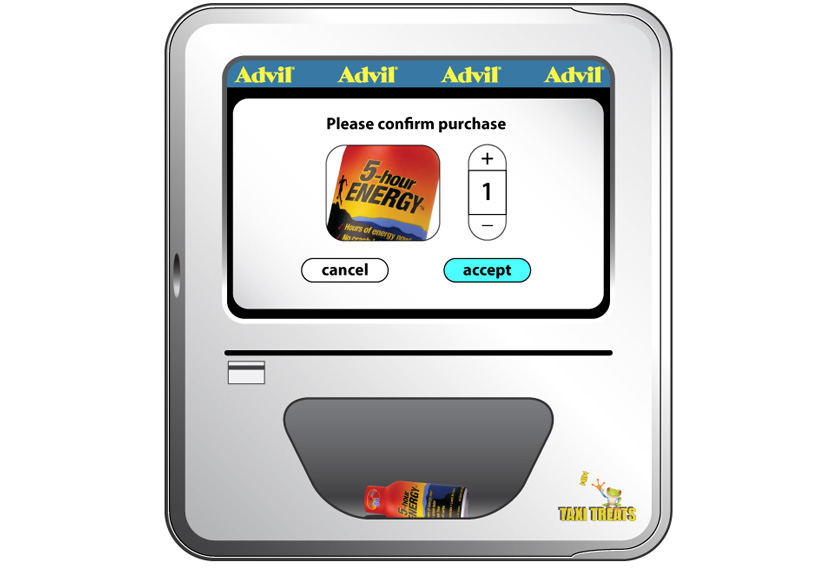 rough concept sketch of the machine