back in 1979, two years after apple had launched the apple II computer, those authorised to sell the device had some well articulated knowledgable when it came to their growing impact on society. a clip captured by documentary maker david hoffman proves why, showing computer store operators make some pretty accurate predictions for the future. 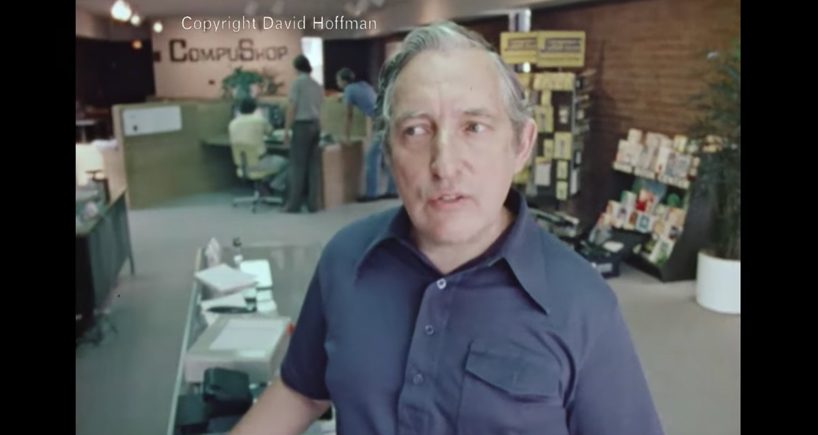 from doctors to cab drivers, one moustached gentlemen touches on the improvement in the labour sector once computers are introduced. what’s more he alludes to the dissolving of tedious jobs which will be replaced by computers. lastly, he makes some prophetic comments on our relationship with computers that hold if not a little then alot of relevance in today’s digital society:

‘as to this question of information society, those that deal with the computer will be far in way ahead of those who do not. computers are designed to relieve tedium in our lives. if a computer does not do that, the probability is you didn’t need a computer to begin with, you needed more arms and legs.‘

the clip is featured on hoffman’s youtube channel which features an abundance of vintage film clips. ‘I was shooting a documentary called ‘the information society’ in 1979 and filmed this in cedar rapids iowa’, states hoffman who was making a documentary titled ‘the information society’ at the time. ‘compushop had just begun selling the apple II and this guy had a keen sense of what was coming.’