the ‘op-1’ is preloaded with a range of drum kits, but new samples can be recorded from the microphone or line-in, or the device can be connected to a computer and any .aif file can be added immediately. the tape recorder permits the adjustment of tapespeed while recording, even permitting realtime backwards recording, with a recording time of about six minutes on normal speed. the four-channel mixer adds effects to each track individually or as a master control.

the ‘op-1’ contains a 3-axis motion sensor whose movement can be assigned to pitch or any synth, envelope, or effect parameter, for interactive sound control. a built-in FM radio permits the sampling and recording of radio feeds.

the colour-coded interface matches coloured buttons to the graphics on the OLED display, for more intuitive use.

video demo of device use 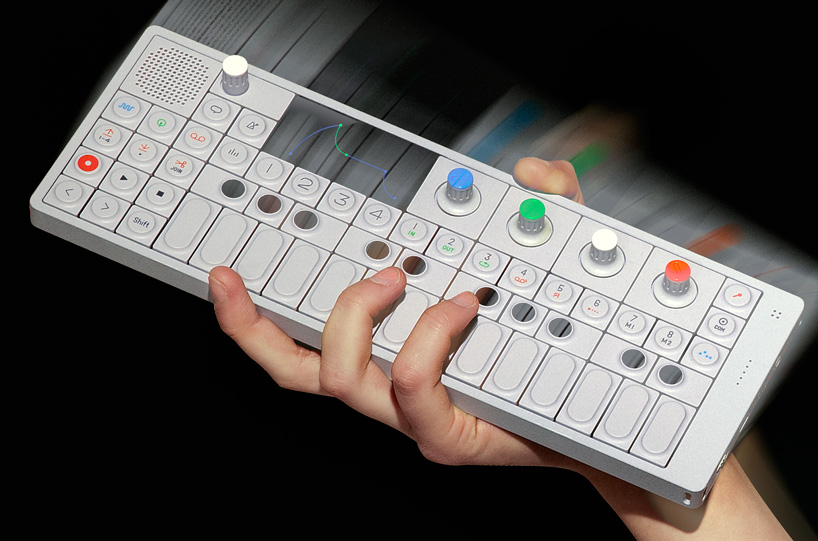