in ghana, a 17-year old named samuel has met internet fame after handcrafting an electric, solar-powered motorbike with a wooden frame. much of the bike is built of reused parts and, without access to power tools, wooden elements that have been cut with a knife by hand. in a video, the bike is shown to have a functioning bell, a breaking system, lights, and a speaker which plays music. the young engineer notes that he manufactured and assembled his two-wheeler entirely on his own, and used timber pieces that would otherwise have been used as firewood. 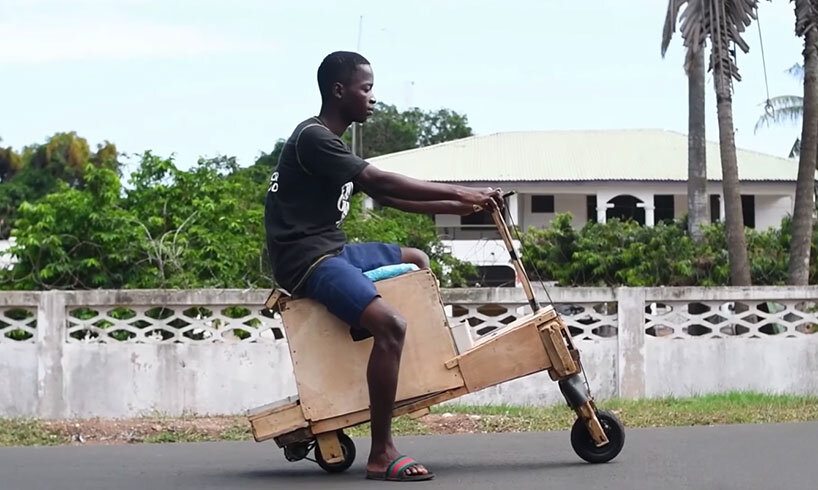 the teenager was captured on video in ghana by passersby, to whom he demonstrated his noise-free, electric wooden motorbike. showing that it runs perfectly, silently, and without a challenge, the video was shared on instagram, then to the ghanaian newspaper YEN before activist efo selasi shared samuel’s story on his youtube channel which seeks to encourage young entrepreneurs across africa. with the video, selasi comments: ‘he can either become a very industrious adult and an asset to the continent or another person who only dreamt of a future he could’ve had if he had the support and right opportunities.‘ 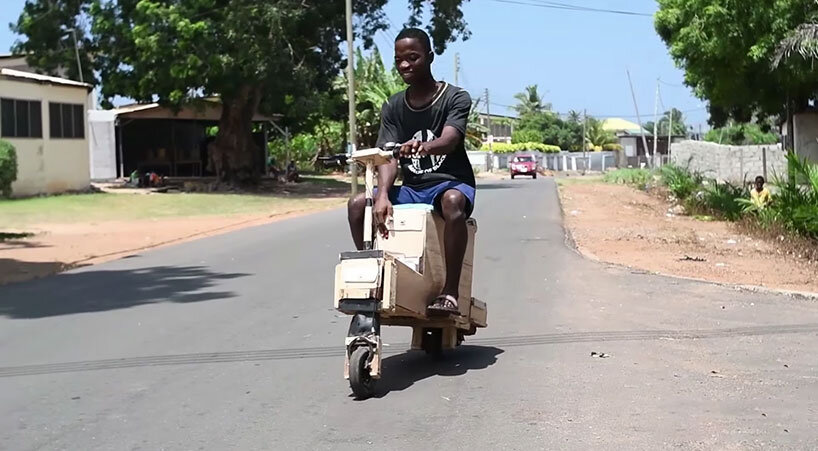 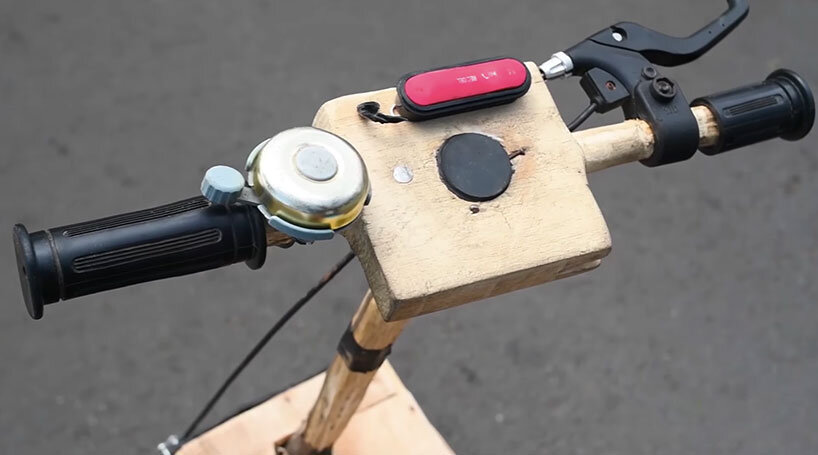 the wooden motorbike is composed largely of reused parts 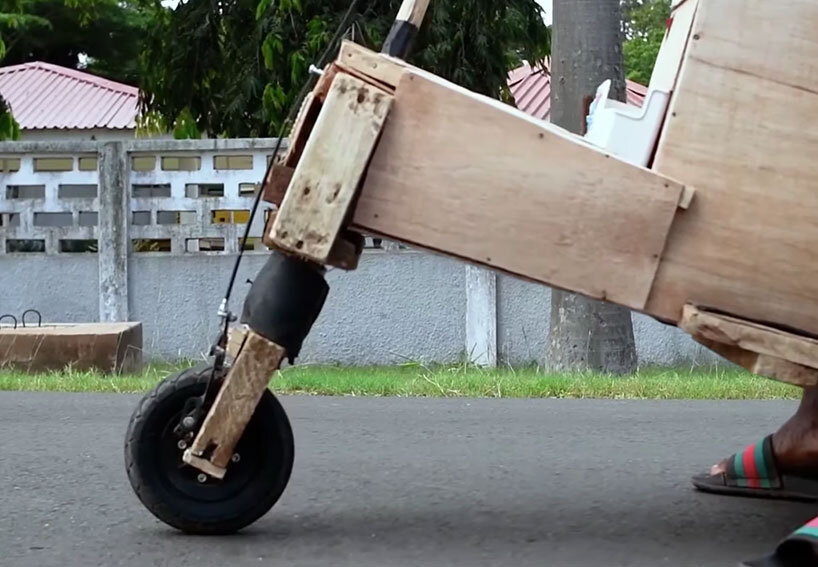 the motorbike was built from scratch, with pieces cut by hand 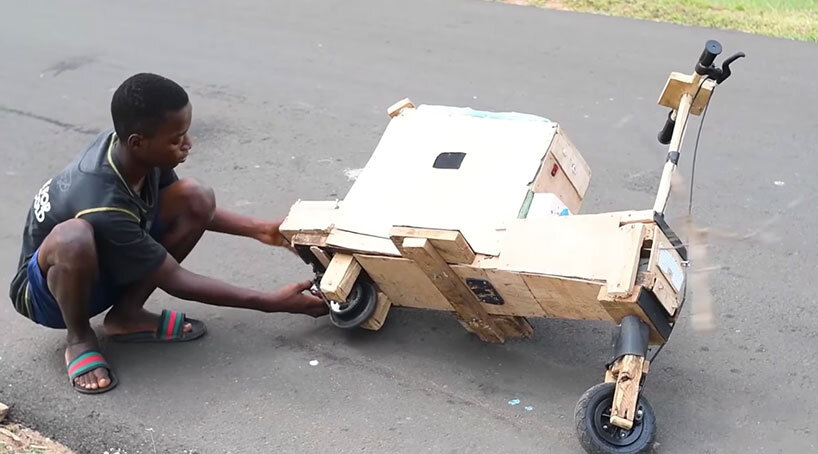 samuel notes that the bike is built of firewood