developing upon the first iteration shown in 2013, optics specialist eric tremblay from école polythechnique fédérale de lausanne (EPFL), reveals the latest prototype of the ‘telescopic contact lens’ at the AAAS annual meeting in san jose, california. the project which is in response to the estimated 285 million people who are visually impaired, aims to give hope for better, stronger vision. the 2.8 times zooming eyewear has had its membranes fine-tuned, making it more effective and comfortable for longer periods of use. 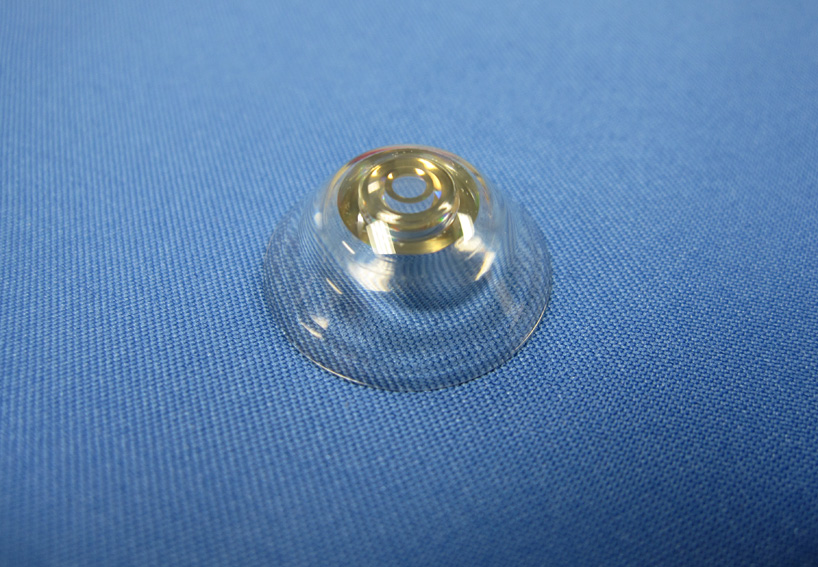 it is made from several precision cut and assembled pieces of plastics, aluminum mirrors, and polarizing thin films

funded by DARPA, the ‘telescopic contact lens’ are made using rigid scleral lens which are larger in diameter than typical ones, and feature small mirrors that bounce light around in order to expand the size of objects. to fulfill the eyes’ need for steady supplies of oxygen, they incorporate 0.1mm wide air channels to make the lenses more breathable.