On September 30, 2022, Elon Musk revealed a prototype of the long-awaited Tesla ‘Optimus’ Bot at the company’s annual AI Day event held in Palo Alto, CA. Building up anticipation among the tech community for over a year now, Tesla has promised to launch a ‘humanoid‘ — powered by its autonomous vehicle fleet — that can eventually take over almost all kinds of tedious chores. But expectations quickly went down the drain for most AI experts when the stage walls slowly opened to reveal a work-in-progress robot — dubbed ‘Bumble C’ — said to have moved awkwardly to the front and raised its arms to salute the crowd. At one point, the bot even held its hands up to the roof, sparking more cringe online.

The entrance was coupled with a 30-minute demo elaborating on the ‘anatomy’ of the robot (its joints, hands, and wrists) and technical specifications (AI, power, connectivity, design inspiration). 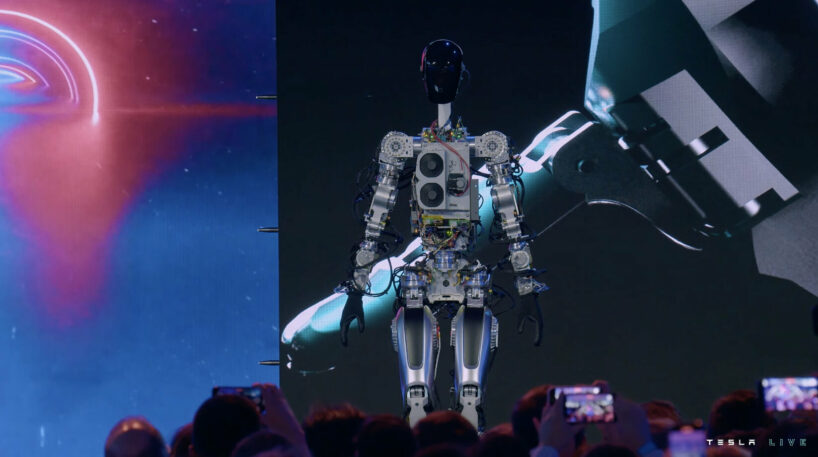 all images courtesy of Tesla

a disappointing reveal for many

Musk, joined by a few Tesla members on stage, was quick to reassure the audience that this was a ‘rough development robot‘ built in just six months and ‘can actually do a lot more than we just showed you’. To back up this claim, Lizzie Miskovetz, a Tesla engineer who was present at the demo, stated that this was ‘the first time we try this robot without any back-up support, cranes, mechanical mechanisms, no cables, nothing.’ So, to avoid the Tesla Bot falling flat on its face at AI Day 2022, the company kept the performance to a minimum.

Taking to Twitter, tech specialists began criticizing Tesla for its disappointing reveal. One of them, Cynthia Yeung, tweeted: ‘None of this is cutting edge. Hire some PhDs and go to some robotics conferences @Tesla. @iros2022 is coming up in a few weeks!’ Meanwhile, AI researcher Filip Piekniewski posted: ‘This Tesla AI Day is next level cringeworthy. Complete and utter scam. Who on earth believes this bullshit anymore?’ 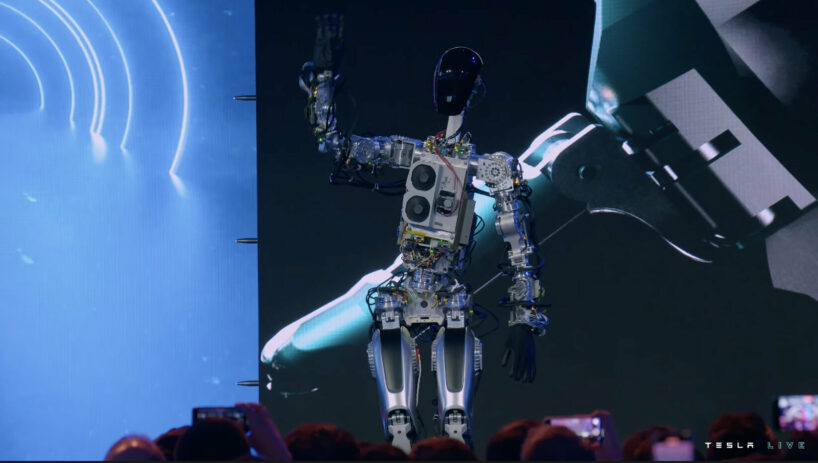 ‘Bumble C’ waving at the crowd

While sharing a few clips of the Tesla Bot carrying out tasks like watering plants or carrying around boxes, Musk also emphasized that the humanoid has a load capacity of about 20 pounds. Specs-wise, Tesla also revealed in a teaser tweet that ‘Optimus has biologically inspired hands, made to be useful in any setting,’ coupled with a 2.3kWh battery pack, Wi-Fi, and LTE features. Unlike most robotic developments, the company claims that ‘Optimus’ can eventually go into mass production and revolutionize economic sectors by benefiting both manufacturing and domestic needs. Once out on the market, Musk estimates the bot to cost less than $20,000.

Following the deconstructed prototype, a group of men wheeled out a fully-assembled version of ‘Optimus,’ the closest iteration of the final model. While boasting a relatively more attractive and ‘finished’ look than ‘Bumble C’, Musk pointed out that this prototype wasn’t ready to walk…just yet. 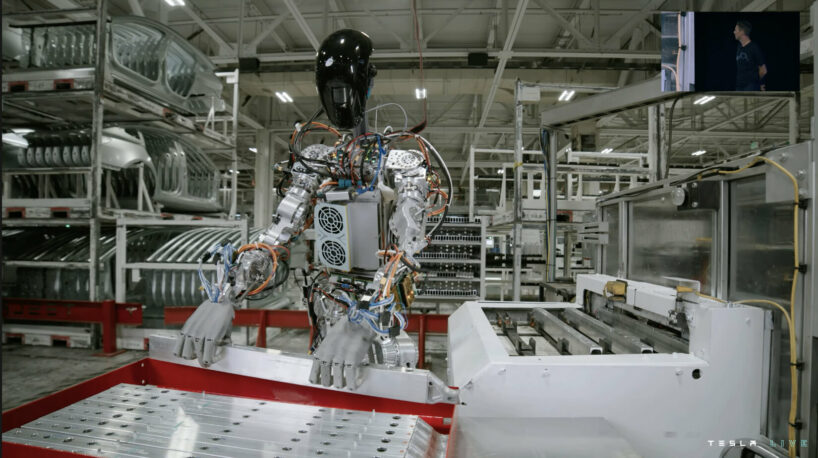 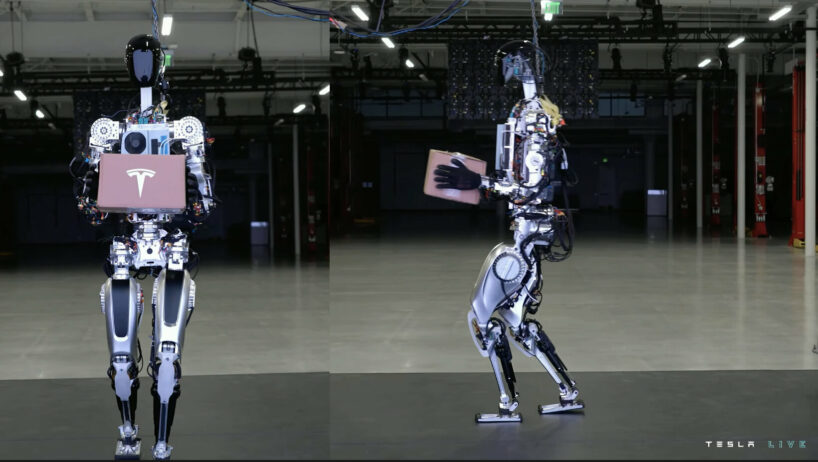 Tesla claims the robot can take over menial, everyday tasks 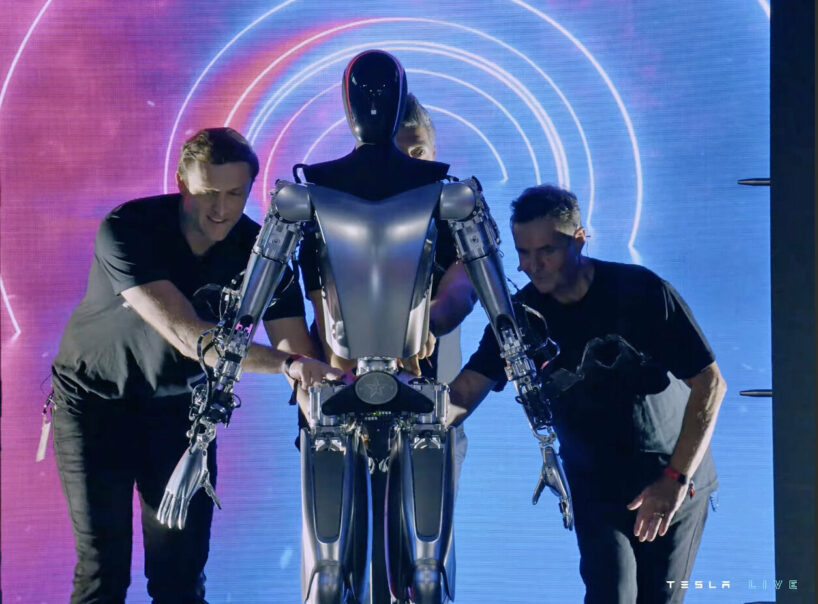 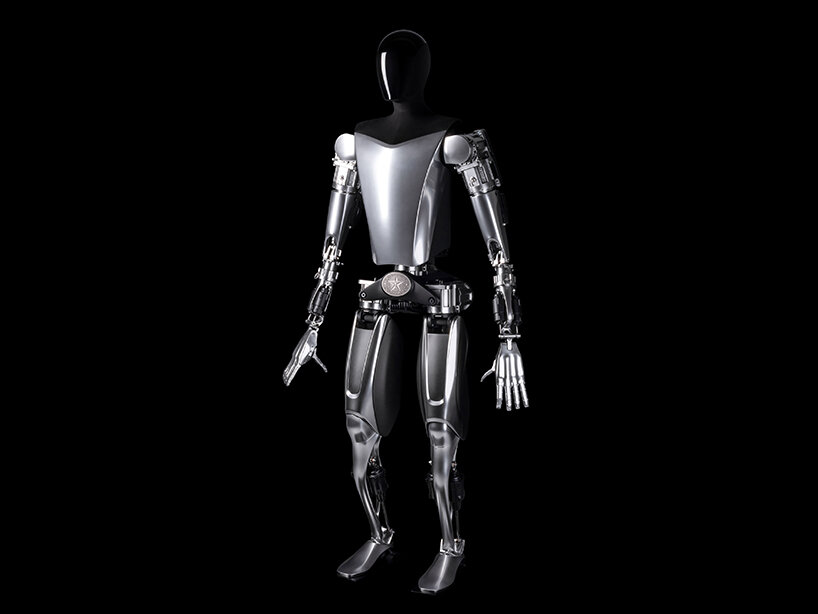 3D rendering of the final model 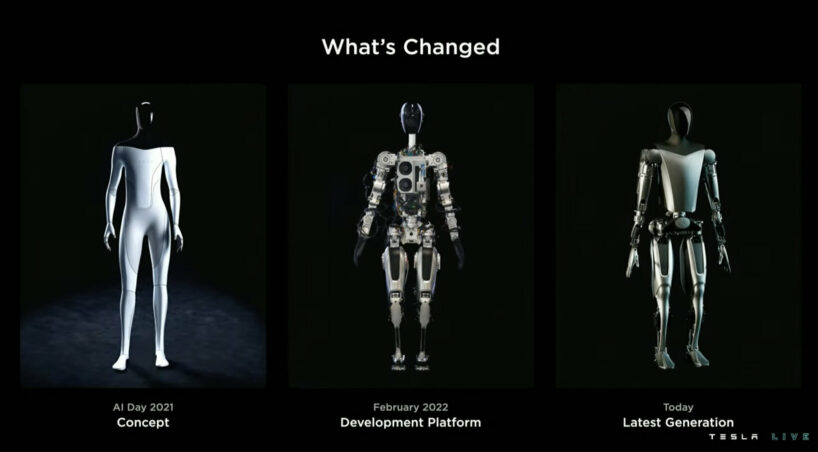 how the humanoid concept evolved over the year

None of this is cutting edge. Hire some PhDs and go to some robotics conferences @Tesla. @iros2022 is coming up in a few weeks! pic.twitter.com/sqWWpPZgK8