electric carmaker tesla, is officially entering the SUV market with their own entry – the ‘model X’. it meets all the standards expected of a large family vehicle, where it embraces an all-wheel drive system and a 90kWh battery providing 402 kilometers of range. the car fits seven adults and equipment like skis, bikes, and luggage. of course, like their ‘model S’, the electric motors accelerate the SUV from zero to 100 km/h in 3.2 seconds. the team at tesla spent time in the wind tunnel shaping it to meet a 0.24 drag coefficient, which is 20% lower than the next best SUV. in addition, an active spoiler deploys to one of three preset positions when the car is in motion, optimizing visibility, highway efficiency, and stability.

the most intriguing feature of the ‘model X’ are the falcon wing doors. they allow for easy access to second and third-row seats from any parking space. with only a foot of clearance, the doors articulate smoothly up and out of the way, allowing passengers to enter from both the front and rear directions. the side and overhead opening is so large, the parents can buckle children in without ducking and without bumping their child’s head on the roof.

every part of the ‘model X’ is designed with safety as a first priority. the floor mounted battery lowers the center of gravity so that the risk of rollover is almost nonexistent. the structure strengthens the car against side impact intrusions, and without a gasoline engine, the large front trunk acts as a giant impact-absorbing crumple zone. the SUV also includes a feature that continually scans the surrounding roadway with cameras, radar and sonar systems, providing the driver with real-time feedback to avoid collisions. even at highway speeds, it will automatically apply brakes in an emergency.

inside, the three rows fit seven adults very comfortably. mounted on a single impact absorbing post and independently reclining, the second-row seat is designed to maximize passenger comfort, legroom, under seat storage and access to the third row. the last row folds flat when not in use. the windshield at the front is the largest in production and provides a fully panoramic view to the driver and all passengers. with trunks in both the front and the back, the tesla ‘model X’ can stow everyone’s gear. keeping with the SUV versatility, the car also has hitch mounted accessories and can tow 5,000 pounds from the back. the estimated delivery for new reservations of the tesla ‘model X’ is the second half of 2016. 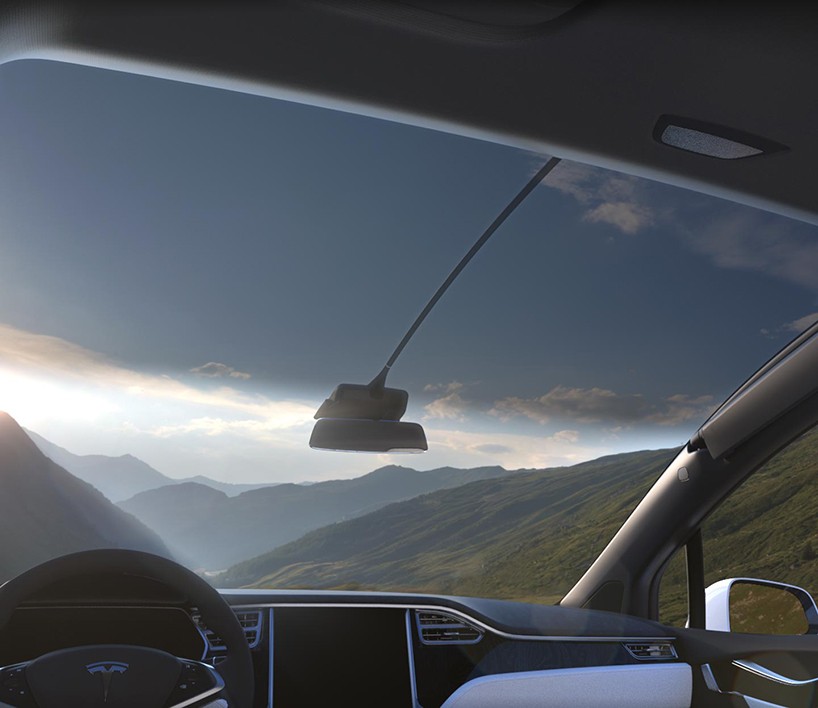 the oversized windshield is solar tinted 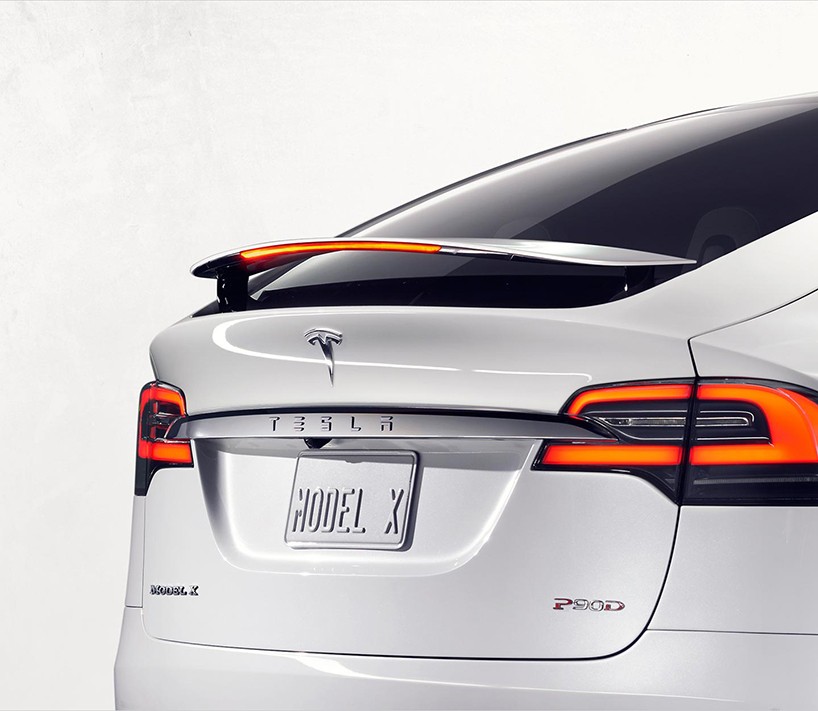 all the included safety features