first introduced in 2006, this 2010 ‘sport’ version of the tesla roadster by tesla motors is the second model of the car, powered only by electricity. it is the first green alternative for sportscars, amongst the last decade’s slough of gasoline powered ones.

6, 831 lithium-ion commodity cells, the same batteries that run a laptop computer, which sit in front of the car’s electric motor, power the vehicle, and has the ability to accelerate from 0-60 in 3.7 seconds (whereas the standard roadster takes 3.9 seconds). the acceleration comes from a 185-kilowatt(248 horsepower) electric motor powered by the 990-pound battery pack which holds 53 kilowatt-hours of energy. this makes the electric convertible faster than a porsche 911 carrera. the battery box is both functional and structural, with air ducts that double as energy-absorbing zones, and a high-performance AC motor which can run forwards and backwards. the power electronics module (PEM) performs several critical functions including motor torque control, regenerative braking control, and charging. the most notable thing inside the car is the battery itself, which is lightweight and can take you a distance of more than 200 miles between charges.

made from a body of carbon fiber panels, the two-seater, soft-top shaped roadster sport has three different driving modes: standard, range and performance and can be recharged in two different ways. the first would be an electrician installing a recharging station inside your garage. the 220-volt, 70-amp outlet would allow for a full recharge of the car within 3.5 hours, from a completely dead battery. the second is a mobile kit which allows one to recharge the roadster at any electrical outlet, no matter where they are. the amount of time it takes for charging via this method depends on the outlet configuration – either 110-volt or 220-volt. 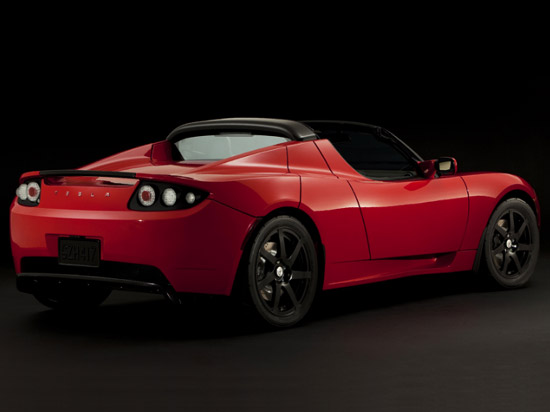 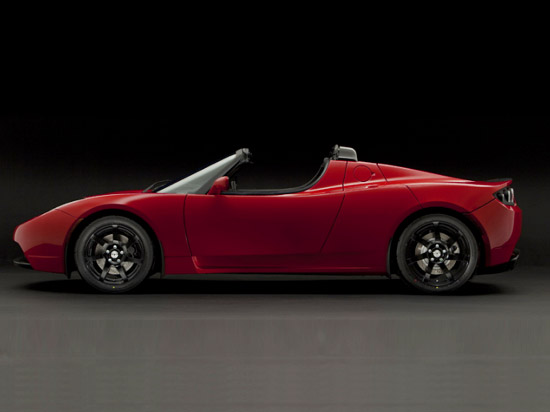 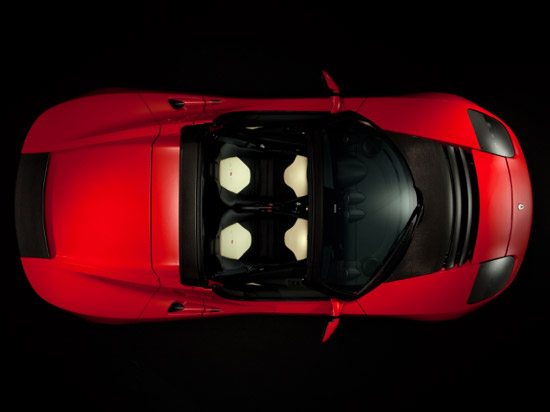 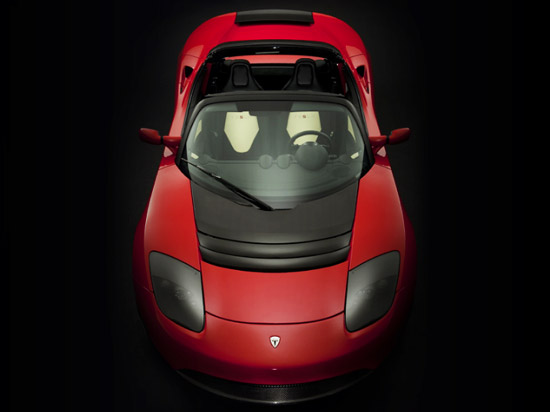 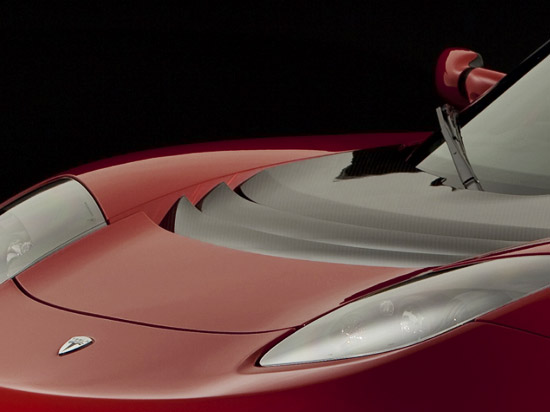 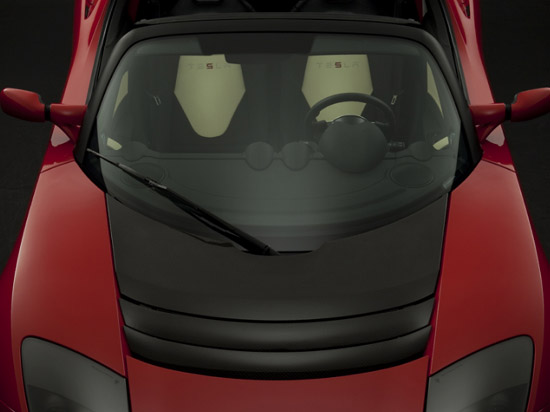 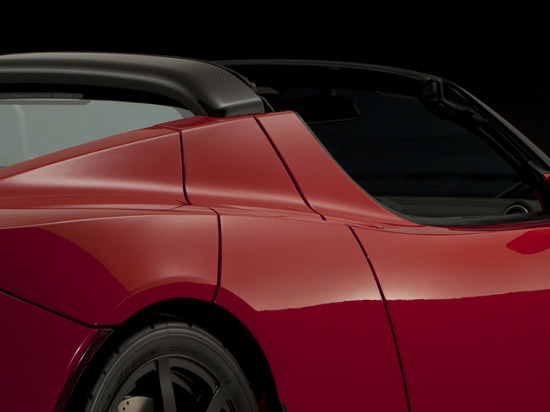 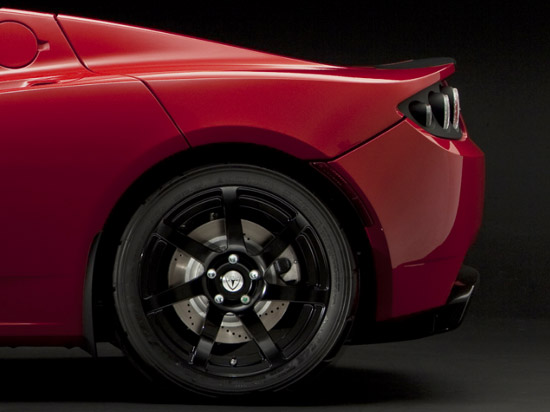 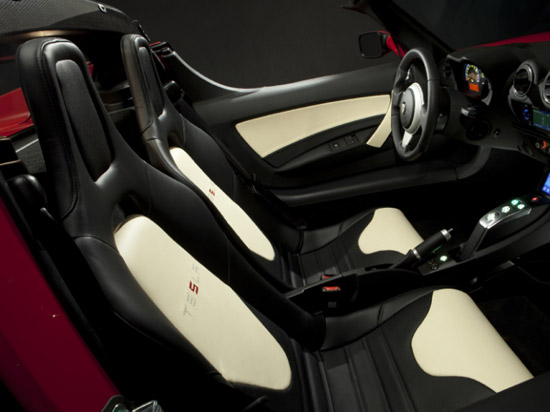 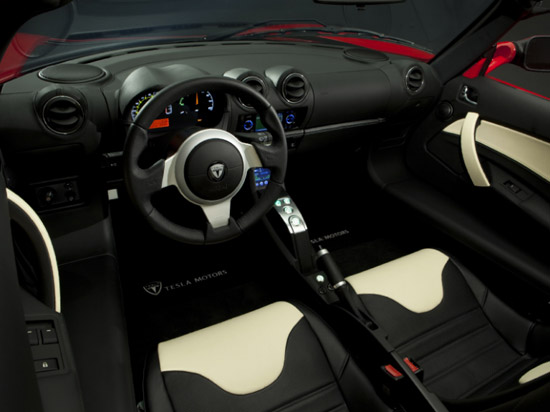 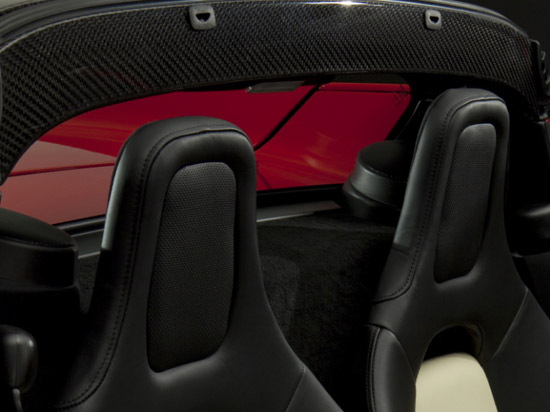