following the announcement that tesla will be building a 250 mph electric automobile, CEO elon musk now confirms that an electric pick up truck is due to be arriving ‘right after model Y’. the american-automaker later added that the proposed pick up will be ‘similar in size’ or ‘slightly bigger’ than the ford ‘F150‘. 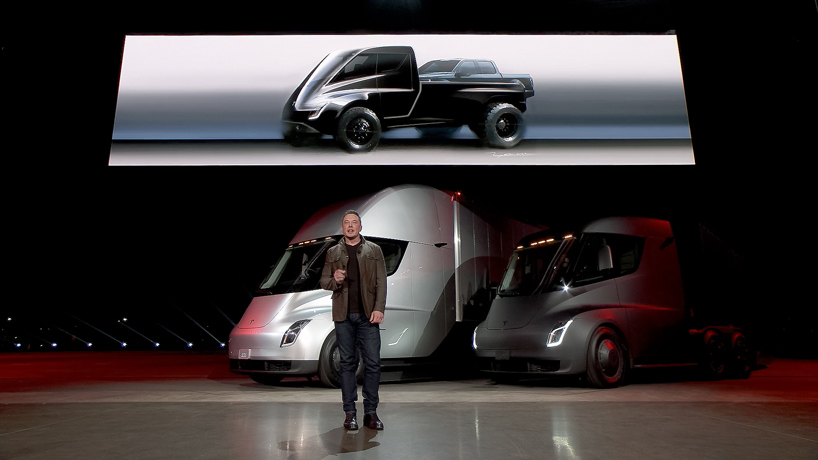 tesla had previously confirmed that ‘model Y’, a compact crossover based on the ‘model 3’ platform, would be its priority once ‘model 3’ production is increased. it was surprising for the manufacturer to unveil the ‘roadster’ supercar as that vehicle was originally expected to supersede ‘model Y’, which hasn’t been unveiled yet. at the event, musk also revealed the first image of the proposed electric pick up truck. according to the CEO, it is a smaller version of tesla ‘semi’, and ‘a pick up truck that can carry a pick up truck’.

musk also confirms that he has, ‘the core design / engineering elements’ in his mind and wants to bring it to market after ‘model Y’.