With a design shaped and styled much like the soon-to-be-released Cybertruck, Tesla has announced the launch of the Wireless Charging Platform – a mat that simultaneously charges up to three devices. The gadget rivals Apple’s AirPower that was revealed in 2017 but scrapped before market launch. 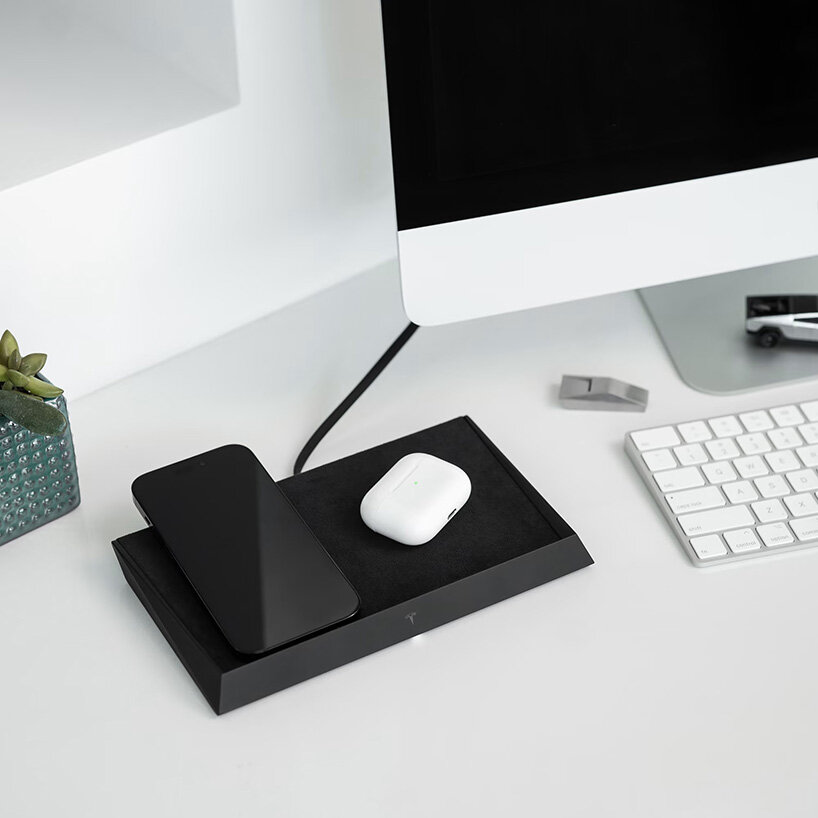 All images courtesy of Tesla

The Tesla Wireless Charging Platform is set to hit the market with a price tag of $300 USD. Its sleek design is inspired by the angular shape and metallic styling of the Elon Musk-owned brand’s Cybertruck, which is rumoured to roll off production lines in 2023. Its aluminum housing is lined with a premium Alcantara surface where the devices are laid, and a detachable magnetic stand. The platform can be rested flat or at an angle to allow for better viewing whilst devices are charging. 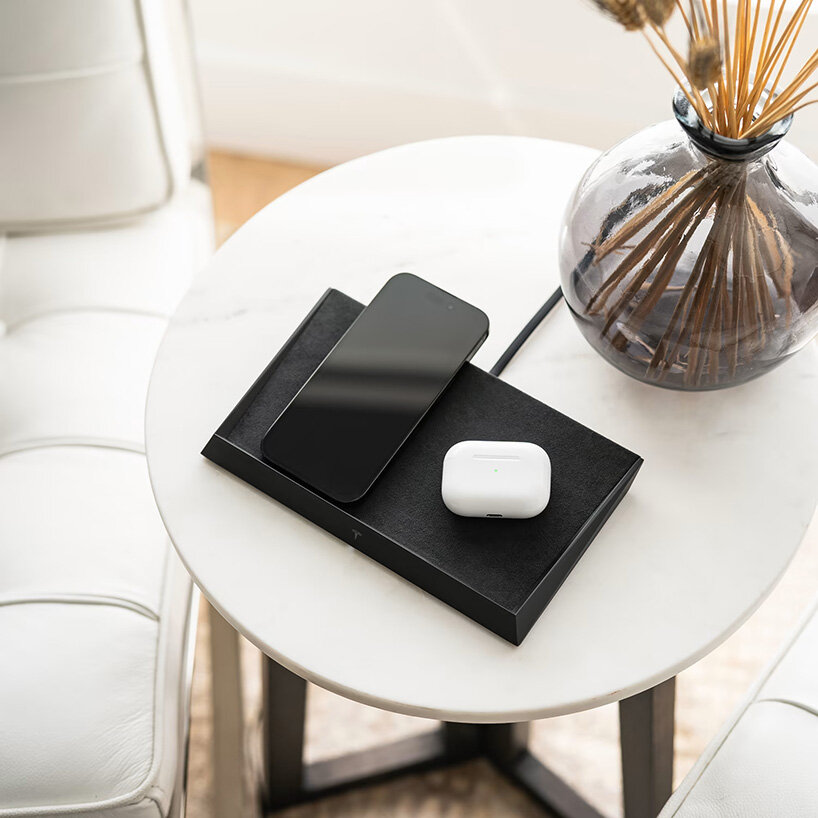 The charging mat uses FreePower technology with 30 Qi coils to offer 15W of fast energizing power per device. Three Qi-enabled devices can be charged simultaneously, from Apple and Android phones to earbuds but not smartwatches. 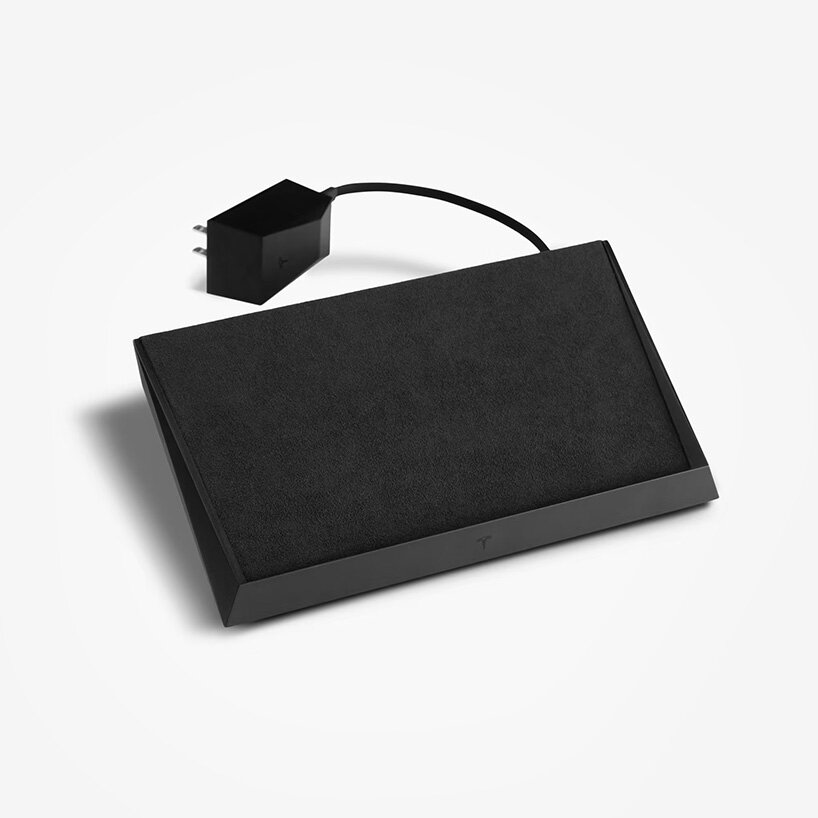