on tuesday at tham luang in thailand, the last of the 12 members of the wild boar soccer team and their coach emerged from the cave safely, and elon musk looked on, his kid-sized submarine on-hand and ready should it be needed. a rescue team had spent the past three days getting the boys out following days of planning. in his own coinciding mission, the lead designer and CEO of spaceX, had seemingly done the same, the details of which were divulged divulged in a series of tweets.

Hi sir, if possible can you assist in anyway to get the 12 Thailand boys and their coach out of the cave. @elonmusk

it all started when a random twitter follower asked for his help, prompting a response from musk outlining his readiness should there be a practical way for him to do so:

I suspect that the Thai govt has this under control, but I’m happy to help if there is a way to do so 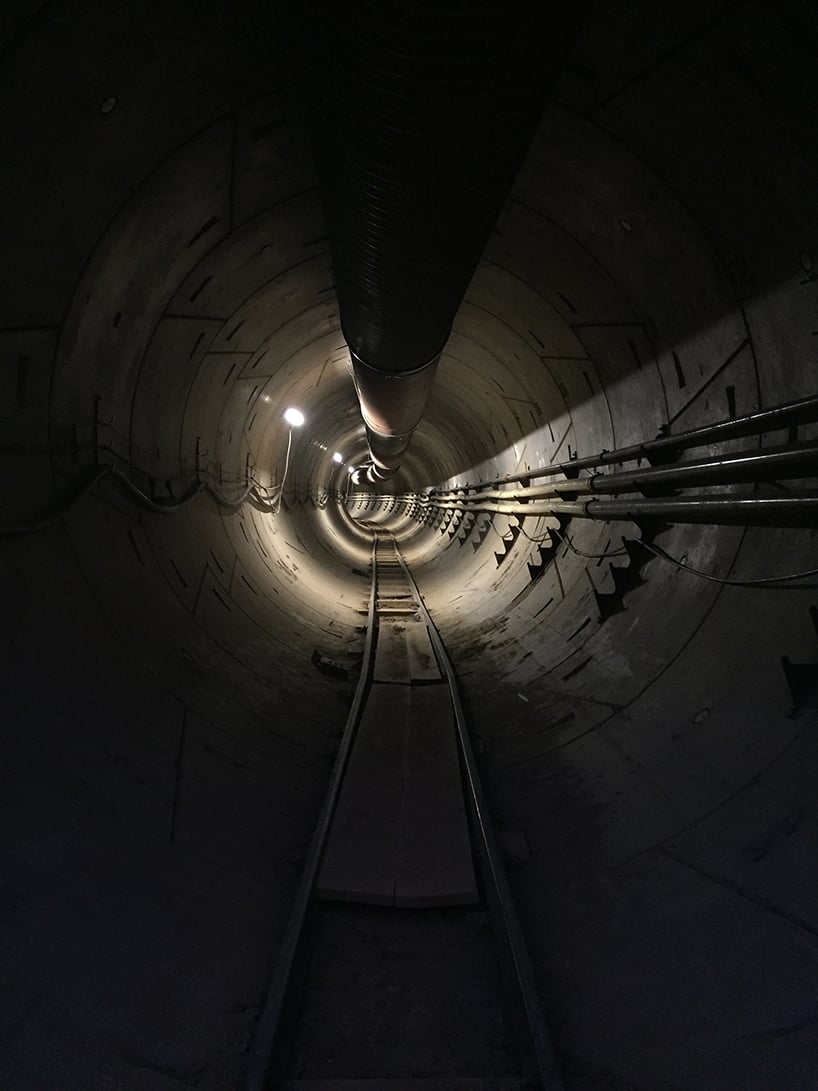 did musk envision burrowing a way into the thai cave? image of the first boring company tunnel under construction in LA

image courtesy of the boring company

on july 5, musk offers the expertise of his infrastructure and tunnel construction company, the boring company. unfortunately, the offer never gains momentum because of the risks involved.

2. inflatables and valiums are quickly suggested as possible remedies 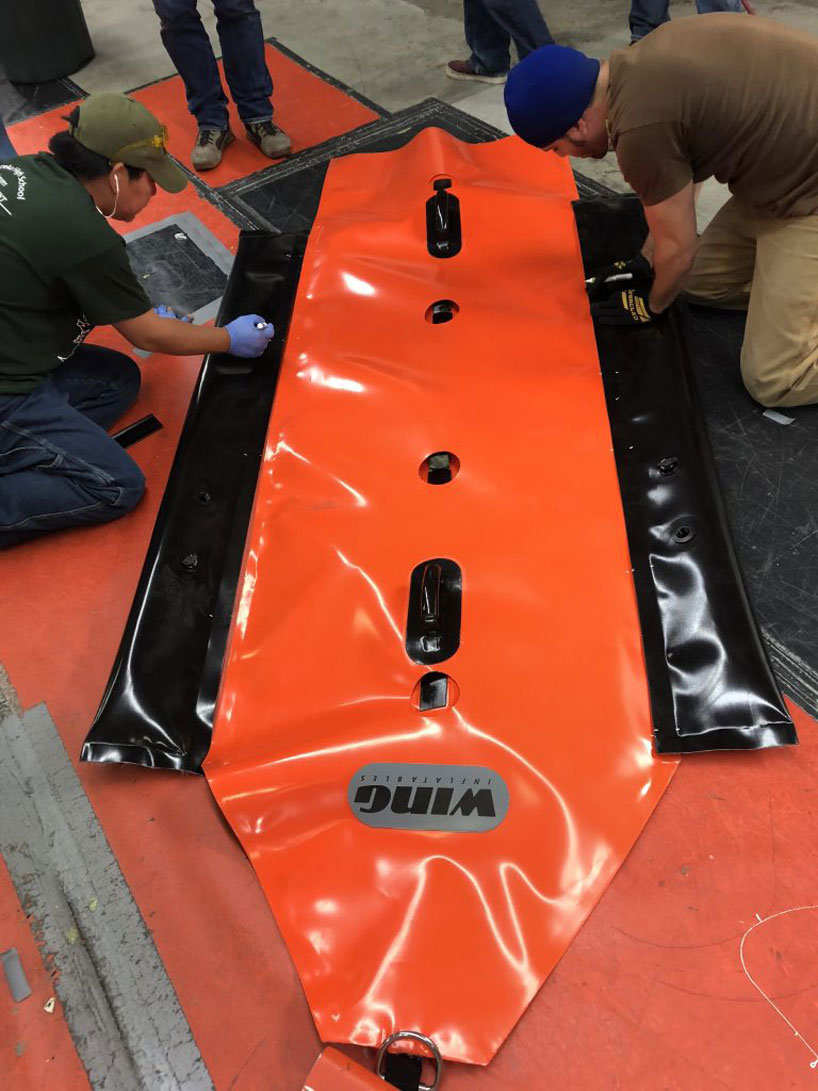 tapping in one of spaceX‘s contractors dubbed wing inflatables, a collaborative approach outlines plans for an inflatable pouch that could carry the boys. ‘we manufacture inflatable recovery parts for spaceX,’ says CEO of wing inflatables andrew branagh. ‘so we have a relationship. when elon had an idea, he asked our engineering team to get a hold of us.‘ 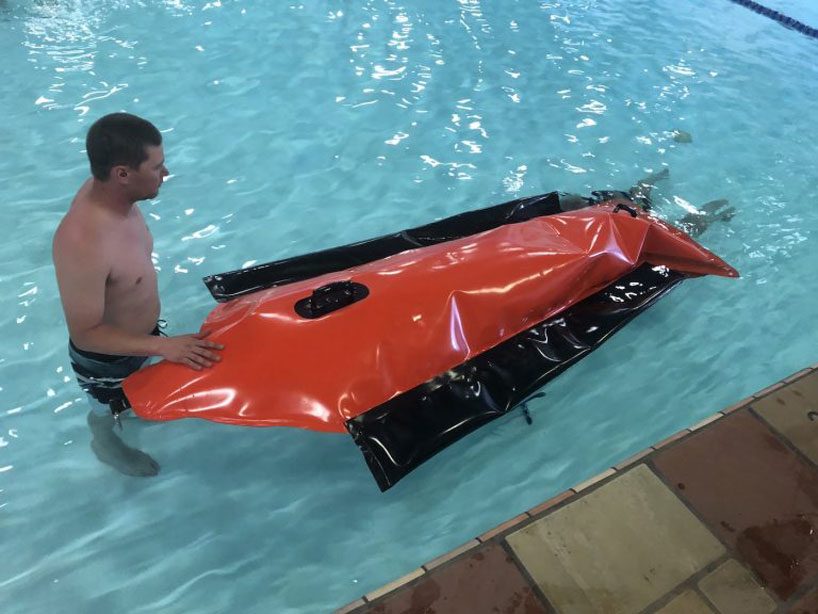 ‘we started with a concept at 8 am and had a prototype in the pool being tested the same day,’ branagh continues. ‘then the team stayed until 1 in the morning and built more units.’ the following afternoon, musk’s jet touched down in arcata to pick up the inflatables. ‘a third of the factory went to the plane to wish it luck,’ branagh says.

equipped with airlocks, the pouch could be pulled along by a diver, resolving the issue of the boys not being able to swim. by turning parts of the pods one way, they would float, and by turning around others, they would float. to keep the boys calm during a long, claustrophobic voyage, branagh suggested valium. 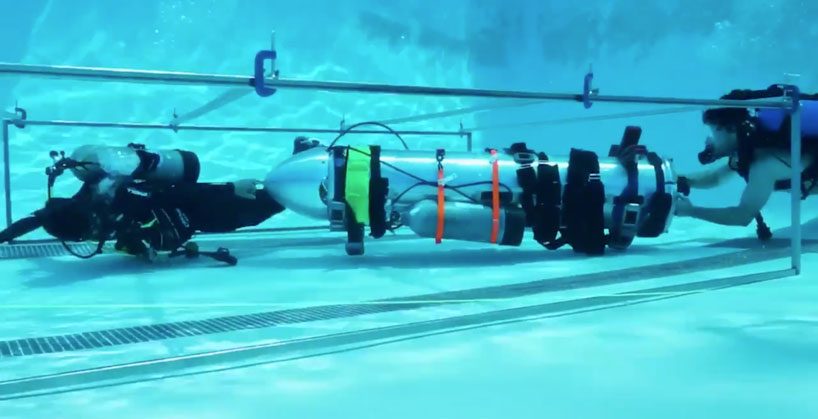 on july 9 musk revealed that the spaceX team has been testing a kid-sized submarine made from the liquid oxygen transfer tube of a flacon x rocket. it was hoped at this point that the pressure controlled tube, which was 12.2 inches in diameter, could function as an escape pod, skinny enough to be guided through the narrowest parts of the caves by expert divers. with the engineering process underway, musk continued to update the public via twitter:

Aluminum shell has high thermal conductivity, so will be close to ambient. If ambient is cold, a thin layer of neoprene insulation around interior will keep occupant warm. 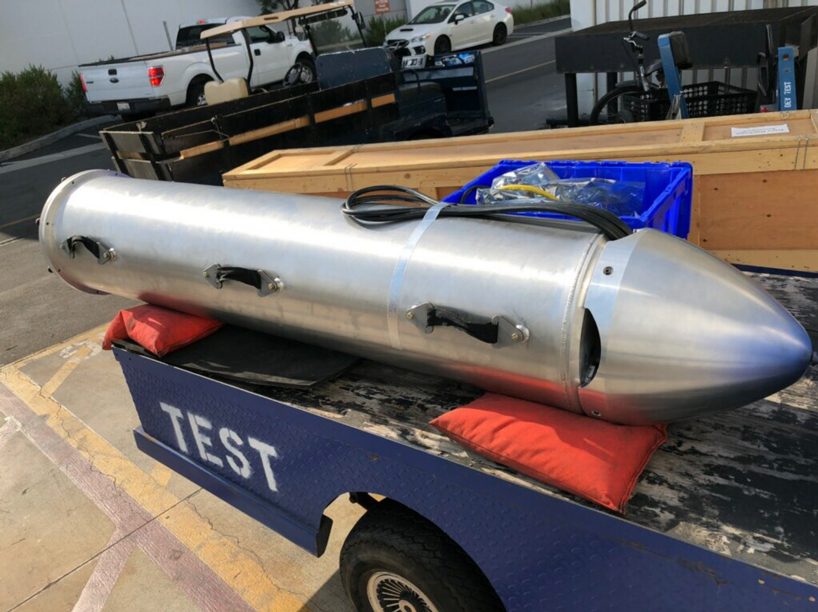 4. musk’s kid-sized submarine makes it on site and the inflatable pods disappear 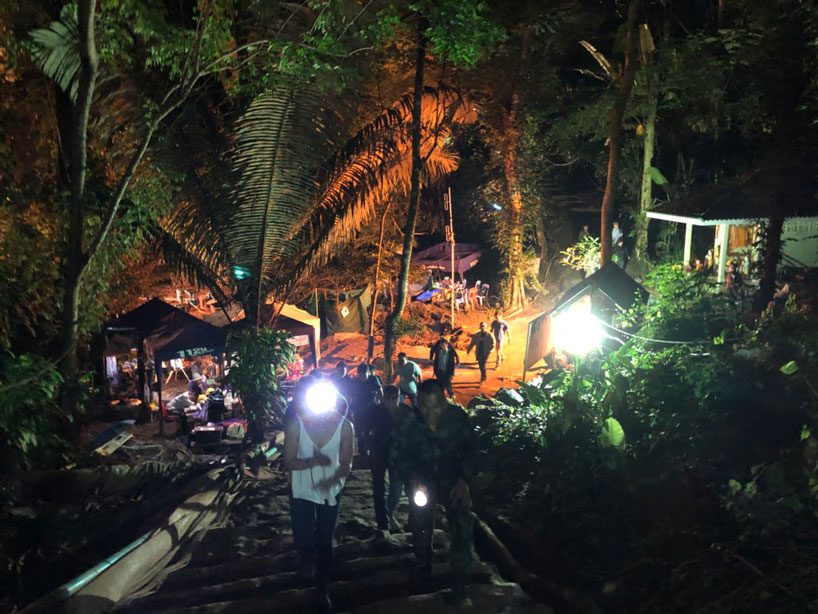 despite musk’s efforts to invent a resolution, the rescue operation which was already underway in thailand began successfully retrieving the boys. however, the kid-sized submarine was still delivered on site, although the inflatable pods never resurfaced. ‘leaving this here in case it may be useful,’ he tweeted. ‘thailand is so beautiful.’

whether or not the device would have helped had it arrived any earlier, or if the methods already put in place had faltered, is unknown. musk’s disappointment with the media criticising his attempts to help are clear as day however. in response to gizmodo blogger, adam clark estes, who recalled musk’s previous failings to deliver in other situations, he tweeted: ‘this reaction has shaken my opinion of many people. we were asked to create a backup option & worked hard to do so. checked with dive team many times to confirm it was worthwhile. now it’s there for anyone who needs it in future. something’s messed up if this is not a good thing.’