kitty hawk—a silicon valley start up backed by google co-founder and alphabet CEO larry page—have finally unveiled the prototype for their first so-called ‘flying car.’ the ultralight craft, which looks like one hell of a ride, is described as an ‘all-electric aircraft’ that is specifically designed to take off and land on water. dubbed the ‘flyer’ kitty hawk’s futuristic ride will be available to purchase by the end of the year. 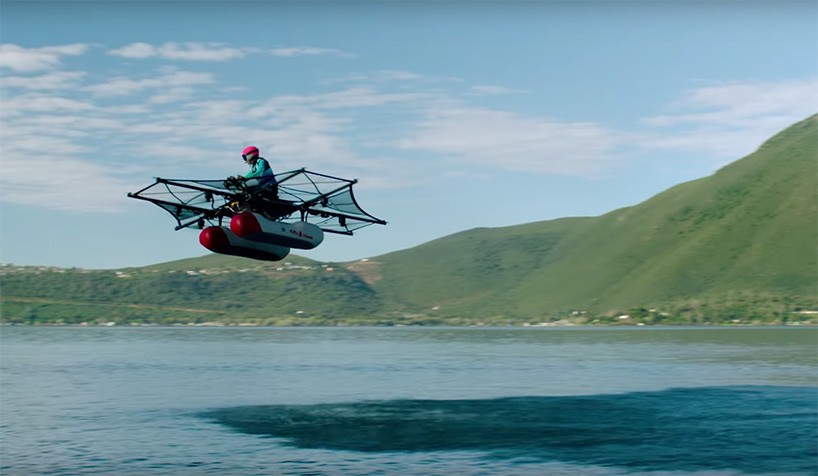 designed to be accessable to amateurs, kitty hawk’s flyer is a radical new craft that doesn’t require a licence to be driven. manoevering the aircraft is designed to be easy to learn. the vehicle, which looks more like a flying motorcycle than a car or a plane, takes off and lands vertically. designed to be flown over water, the craft has two pontoons at the bottom for takeoff and landing, and eight rotors that power the futuristic flying machine up into the sky.

the lightweight octocopter can reach speeds of up to 25mph, and at the moment seems more like a fun toy that a practical commuter with kitty hawk even specifying that the craft is for recreational purposes only. even the controls are reminiscent of a video game controller, with buttons and a joystick. the aircraft can automatically hold an altitude of up to 15 feet, a sensation that test rider cimeron morrissey remembers as ’hovering above the water like a hummingbird.’

kitty hawk advise that the flyer that will go on sale at the end of this year will have grown and developed both functionally and aesthetically a long way from the working prototype, but there’s no betting that it will be just as fun. the aircraft is already safe, tested and legal to operate in the united states in un-congested areas under the ultralight category of FAA regulations. 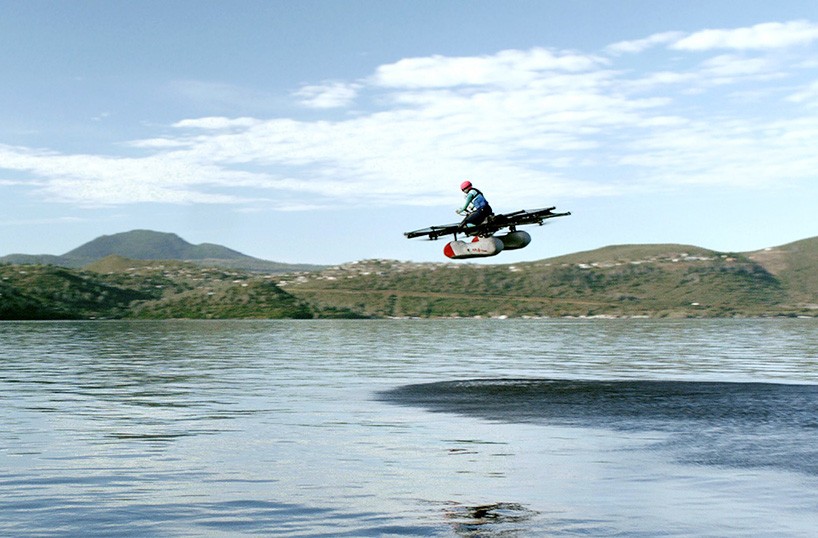