amidst a retina display and updated hardware, the new iPad features new software like the iPhoto app shown here

apple has just introduced the new, third-generation iPad, featuring a high-fidelity retina display, a new A5X dual-core chip with quad-core graphics, and a 5-megapixel built-in camera. the device is available with wi-fi only or with wi-fi and 4G on AT&T and verizon, still offering up to 10-hours of battery life despite the increased specs.

permitting the playing of full 1080p HD videos, the much-anticipated retina display is composed of 2048 x 1536 (3.1 million pixels): four times that of the iPad 2 and over 30% as many as a full HD television. it is worth noting however that the quality of the new iPad’s screen is slightly more conservative than that of the iPhone 4 (the first ‘retina display’ model produced), featuring 264ppi to the iPhone’s 326ppi (since the iPad screen is much larger). the tablet also boasts increased colour saturation compared to the iPad 2.

video preview of the new iPad, notes from apple execs, and explanation of the technology behind the retina display (1:48 – 2:45)

the new iPad offers updates to standard apple software, as well as introduces an iPhoto app for iPad. the device supports diction, including in third-party apps, so that users need only tap the microphone icon on the virtual keyboard and voice text or commands. among the new software is ‘iBooks 2’ and ‘iBooks author’ for the creation of and interaction with next-generation e-books (covered by designboom upon their release in ‘apple iBooks for interactive education‘). support for iCloud synching and backing up has also been added. 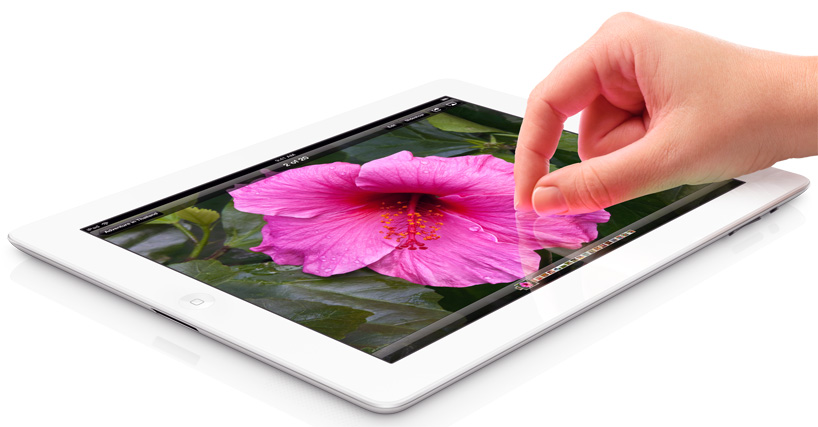 visually the new iPad is almost identical to the iPad 2, although very slightly thicker by 0.02 inches (0.6mm) and slightly heavier (652g over 601g). it is produced in black and white. 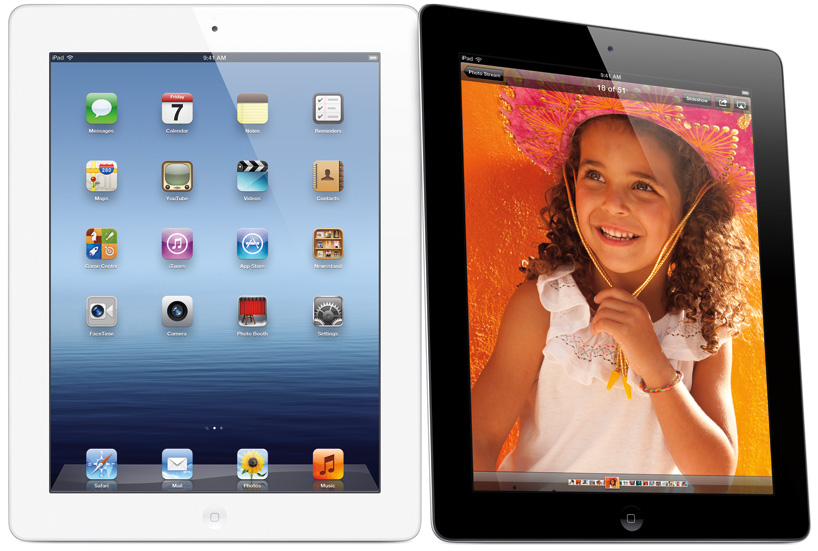 available this march, the new iPad is produced in black and white, with either wi-fi only or wi-fi and 4G connectivity