the dutch inventor behind the ocean cleanup has come up with a way to stop plastic pollution at the source. 25-year-old boyan slat unveiled the ‘interceptor’, a solar-powered floating device, which is designed to scoop plastic out of rivers before it reaches oceans.

the ocean cleanup, which was nominated for THE DESIGN PRIZE 2019 in the category ‘social impact,’ attempted to clean-up the great pacific garbage patch. it launched its first device in september 2019,  a giant ‘pac-man’ system consisting of a 600-meter-long floating tube that sits at the surface of the water, with a tapered 3-meter-deep skirt attached below to catch plastic waste. 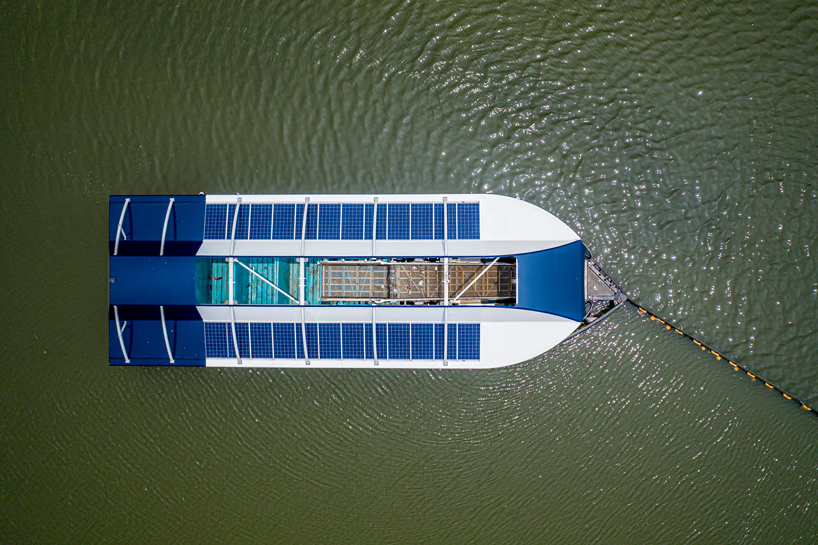 the latest autonomous vessel collects plastic from rivers, then deposits the waste into floating dumpsters. according to the ocean cleanup, the interceptor can extract 50,000 kilograms of trash from a river each day.

interceptors use floating barriers that catch waste and guides it towards an opening. the current then moves the debris onto a conveyor belt, which extracts the debris from the water and delivers the waste to the shuttle, a processing plant that resembles a barge. 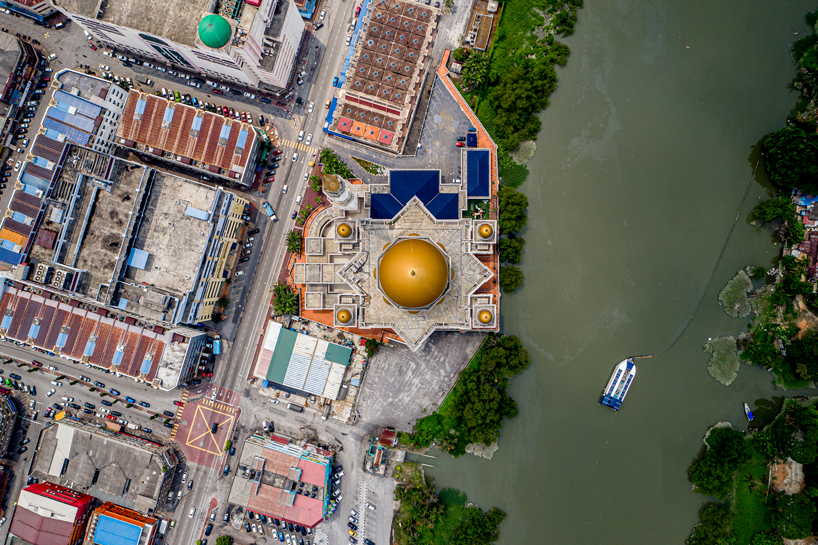 the shuttle then automatically distributes the debris across six dumpsters. using sensor data, the containers are filled equally until they reach full capacity. an onboard computer system then alerts local partners to bring a boat and tow the barge of plastic waste away for recycling.

according to their research, rivers are the main source of ocean plastic pollution with 80 per cent of the rubbish in the oceans come from just 1 per cent of the world’s rivers. working together with government leaders and private corporations, the ocean cleanup aims to install interceptors in 1,000 of the world’s most polluted rivers by 2025. 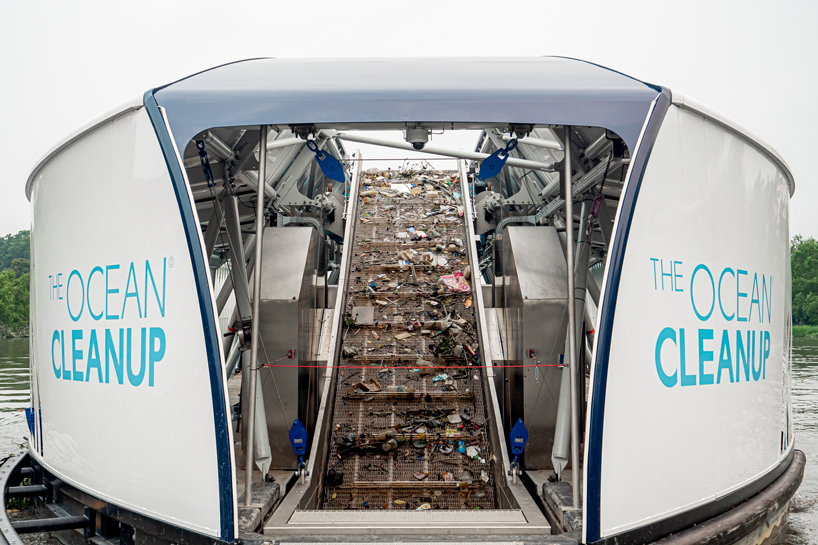 the interceptor is 100 percent solar-powered and uses onboard lithium-ion batteries that enable it to operate day and night without any noise or exhaust fumes. its barriers cover only half of the river so it will not interfere with other vessels or impede the movement of wildlife. 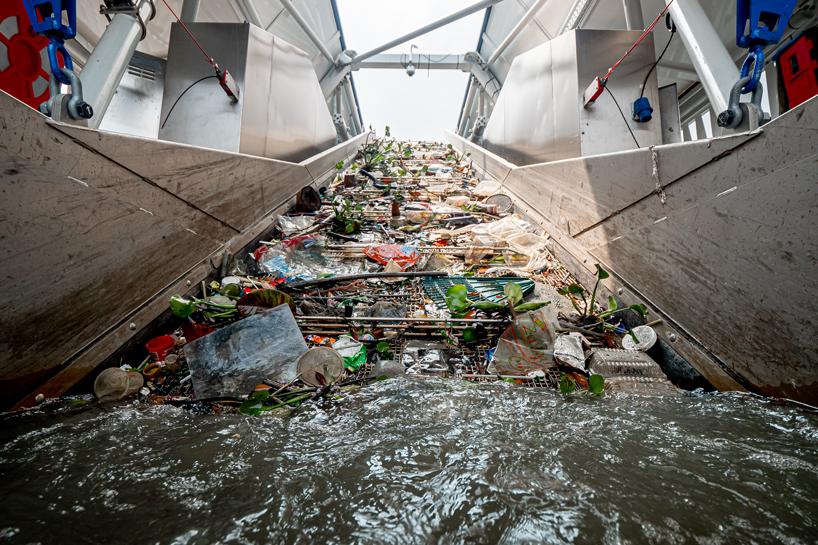 ‘to truly rid the oceans of plastic, what we need to do is two things,’ says slat, ceo and founder of the ocean cleanup. ‘one, we need to clean up the legacy pollution, the stuff that has been accumulating for decades and doesn’t go away by itself. but, two, we need to close the tap, which means preventing more plastic from reaching the oceans in the first place. rivers are the arteries that carry the trash from land to sea.’ 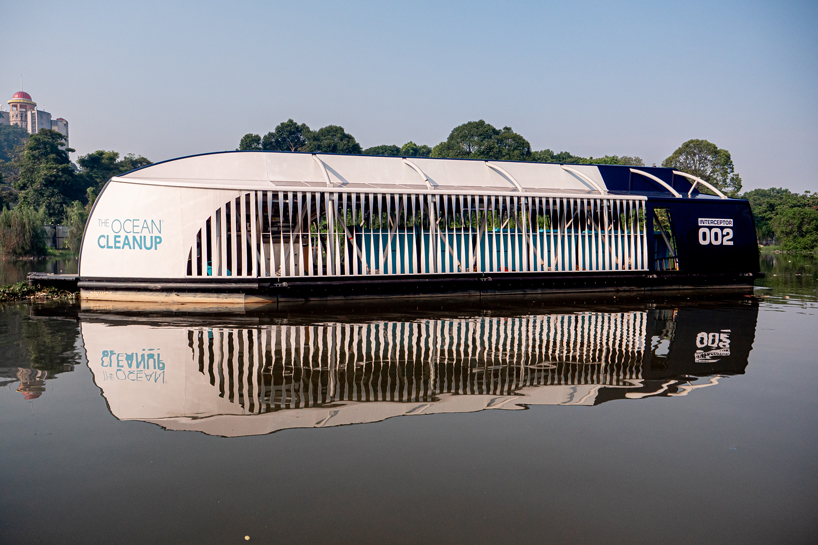 a single interceptor currently costs 700,000 euros (approximately $777,000 USD) but as production increases, slat has said the cost will lessen. 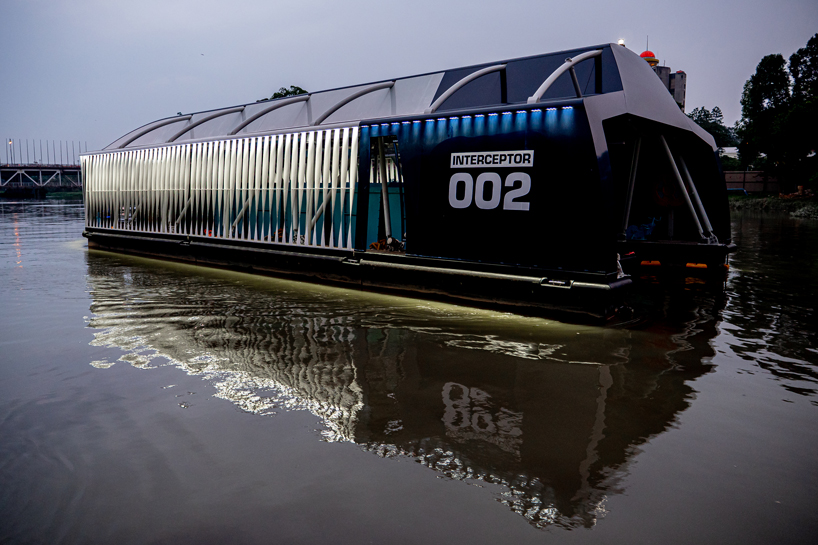 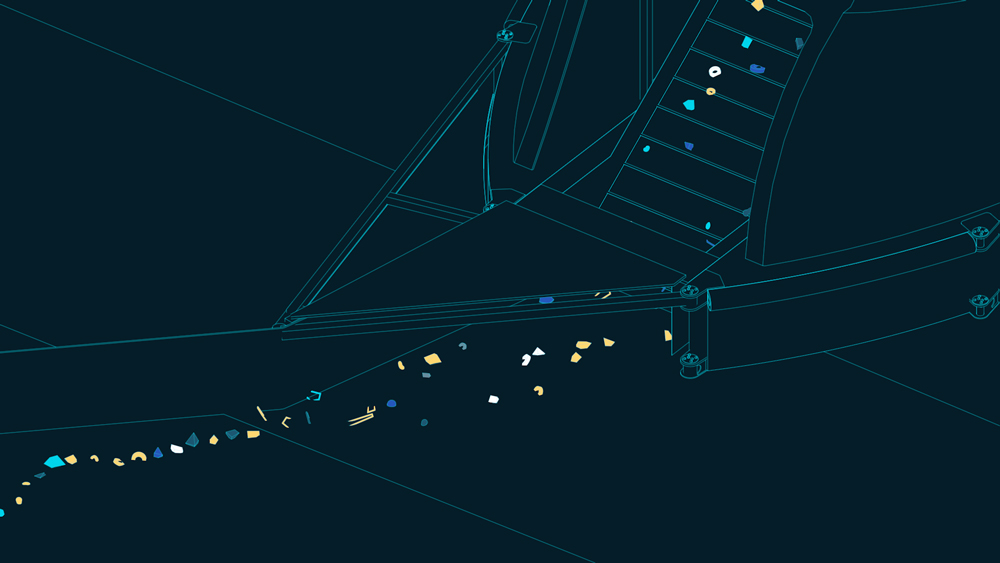 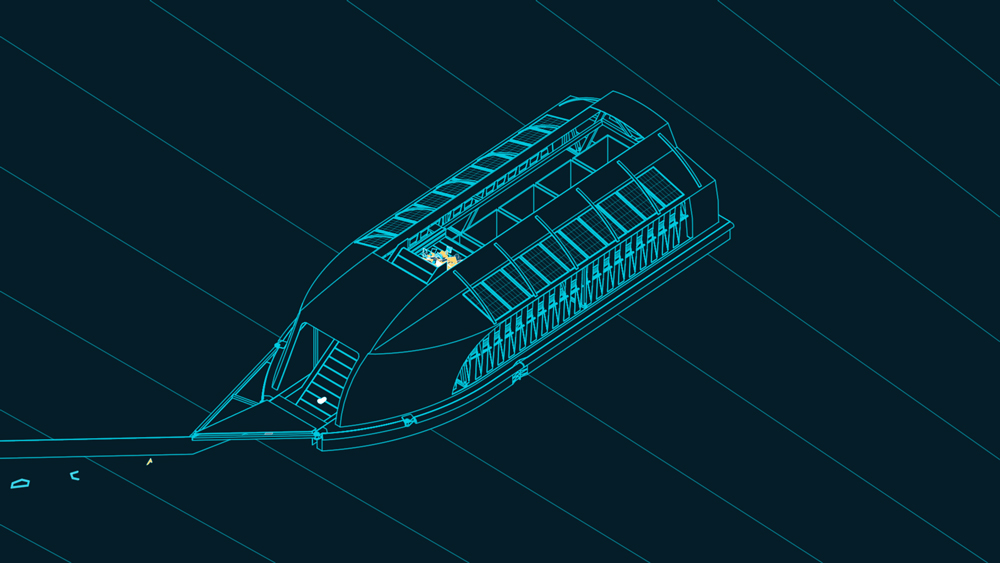 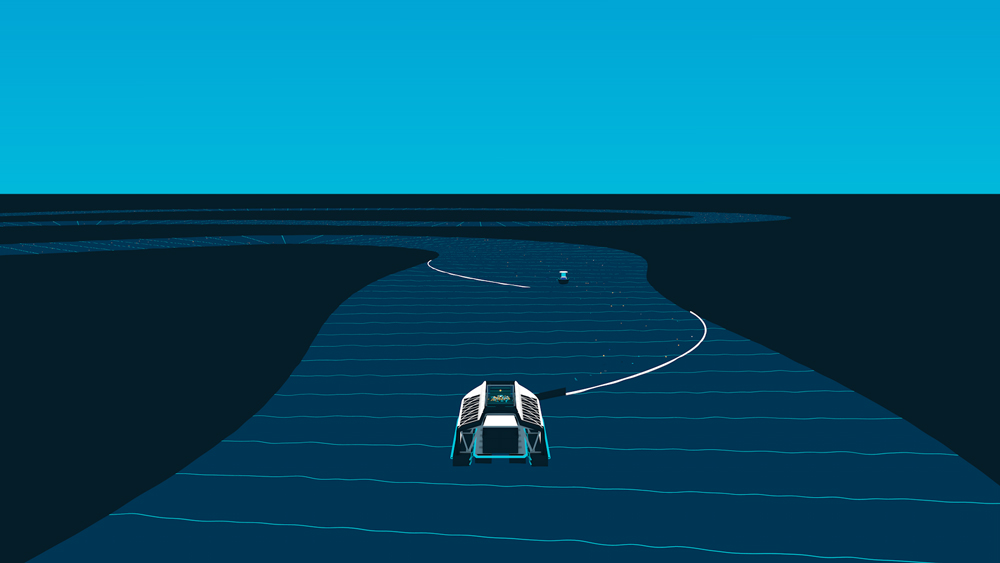 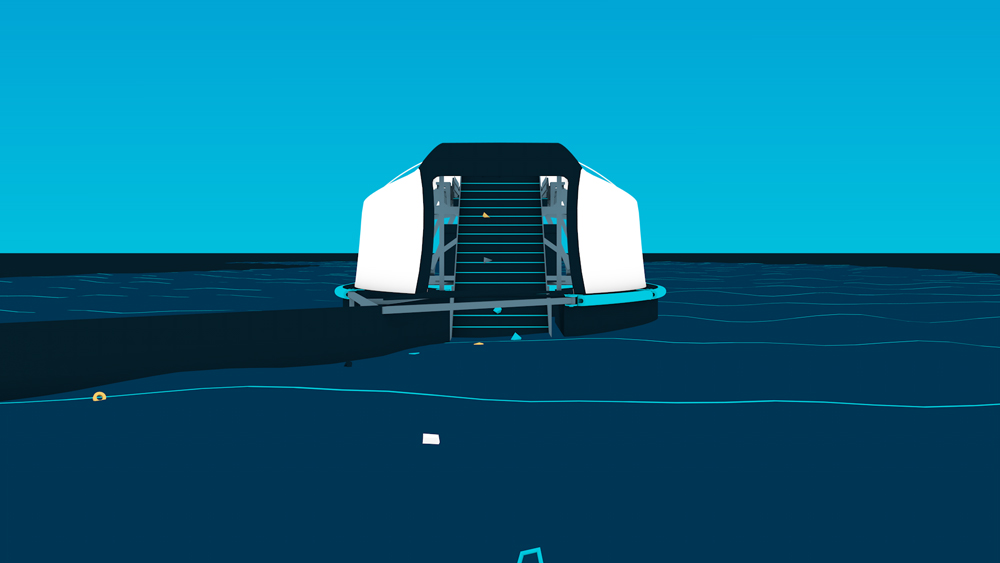 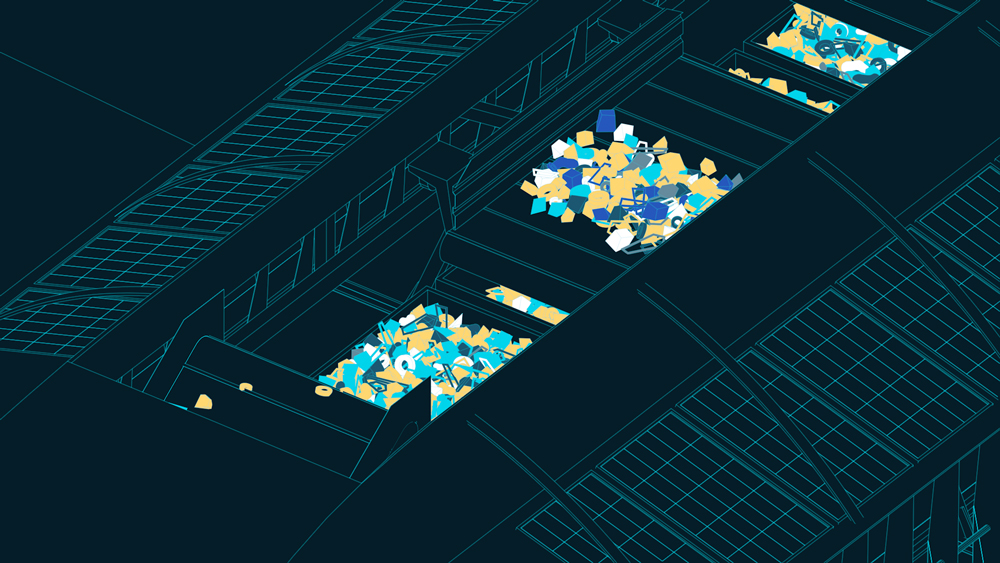 about THE DESIGN PRIZE —  #thedesignprize

in total, more than 900 projects have been selected by the scientific committee, composed of more than 200 creative professionals, among them –

the 10 categories that comprise THE DESIGN PRIZE embrace the most fundamental aspects of the design world: social impact honors cultural, public projects. distribution is dedicated to aspects related to retail, such as shops, signage, and packaging; communication is linked to brand identity, advertising campaigns and editorial projects; in the artistic realm encompasses limited edition projects and installations, where the boundary between design and art dissolves; exhibition focuses on exhibition layout and spatial design; experimentation is dedicated to research and education; design curator & design critic celebrates the figures which engage in institutional curation; best design newcomer recognizes the emerging names in the field; best designer honors the established protagonists in the sector; lifetime achievement is a career-spanning award.

THE DESIGN PRIZE is energised by edison

edison, one of the largest energy companies in italy, has been a partner and promoter of the initiative since its inception in 2017. this year, edison continues its collaboration with THE DESIGN PRIZE, the international award dedicated to project culture, which is also a virtuous expression of co-planning based on the efficient use of resources for the construction of a sustainable future. edison brings its unique experience, know-how, and 130-year-long history in the energy sector to the design prize, helping foster a horizontal approach to design. together with the leading professionals and architects, edison proposes intelligent solutions for cities and people in favor of a more evolved and sustainable lifestyle.

Jun 24, 2019
the ocean clean up returns to take on the great pacific garbage patch