this weekend marks the beginning of the largest ever clean-up and removal of plastic from the pacific ocean. the ocean cleanup, a non-profit organisation based in the netherlands, officially launches its beta cleanup system into the ocean on saturday. 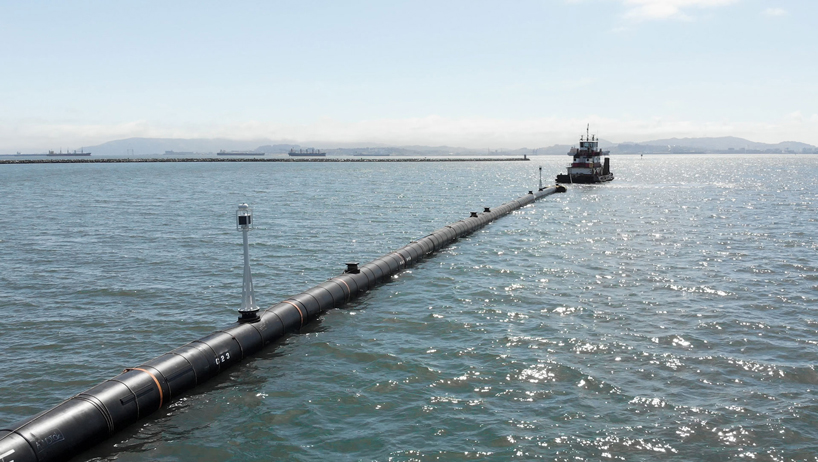 the system, previously covered by designboom, which works like a giant pac-man comprises a floating, long U-shaped barrier driven by the wind and the waves corralling plastic along the way. the project is the brainchild of CEO and founder, boyan slat, who dreamed up the idea when he was only 16-years-old. the ultimate goal of the project is to clean up 50% of the great pacific’s garbage patch in five years, with a 90% reduction by 2040. the overall fleet would need to collect about 14,000 tons per year to make the goal.

video by the ocean cleanup

in a recent video released by the organisation, slat remains curious over how effectively and practically the system will collect plastics and how efficiently it can be processed thereafter. in-house testing has suggested they can collect items down to a millimeter in size. the second things that is yet to be determined is how well the array will last out in the rough conditions of pacific ocean waters. 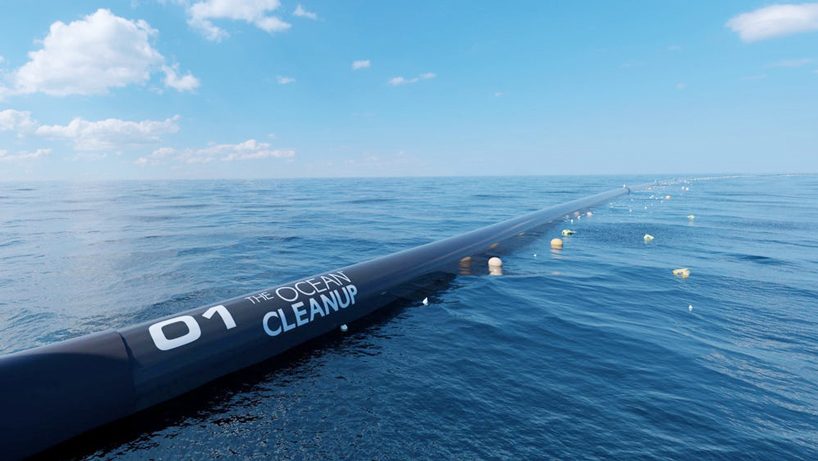 in order to literally test the waters, the team has chosen to send out a single array, learning from how it performs, and then using those lessons to improve and launch more. to follow the launch check out the schedule and/or follow along on twitter via #theoceancleanup.