since 2013, the ocean cleanup has been developing advanced technologies to rid the world’s oceans of plastic. from stemming the inflow via rivers to cleaning up what has already accumulated in the ocean, the company founded by boyan slat creates large-scale systems to efficiently concentrate the plastic for periodic removal.

the ocean cleanup has announced the completion of the system 002’s final test with great success.

‘BREAKING: the final test of system 002 is completed, and we have another big catch on deck,’ reads a post on their instagram account. ‘the great pacific garbage patch can now be cleaned. the crew is already sorting the catch, and lots of information is still to be processed. stay tuned!’ 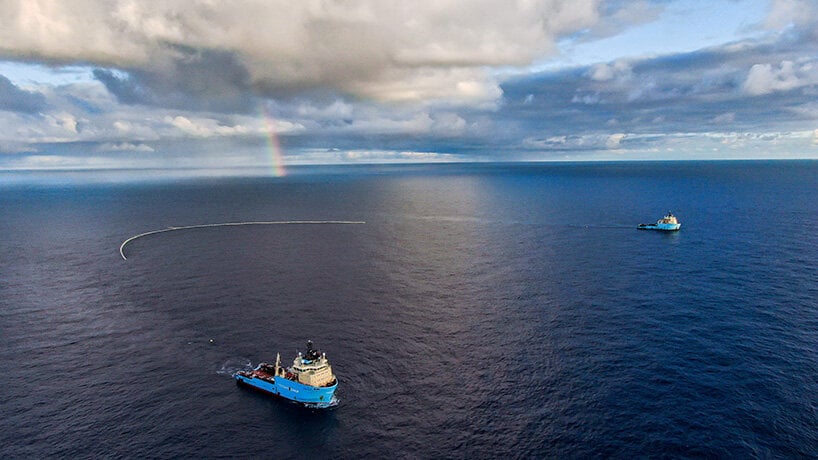 all images by the ocean cleanup

IT WORKS BY DRAGGING A TENSIONED, 800-METER LONG ARTIFICIAL COASTLINE

system 002 — nicknamed jenny — is the ocean cleanup’s latest iteration of the project, featuring a large-scale cleanup system. it works by dragging a tensioned, 800-meter long artificial coastline through areas of the ocean where plastic has accumulated.

two vessels pull the system 002 on each end, resulting in a U-shaped flexible barrier that collects the floating plastics into a retention zone. the vessels move at about 0.75 meters per second, and the artificial coastline spans up to 1800 meters. this system differentiates from the past proposals because it uses the horseshoe-shaped jenny to tow it along instead of letting the system float and be moved by the wind. 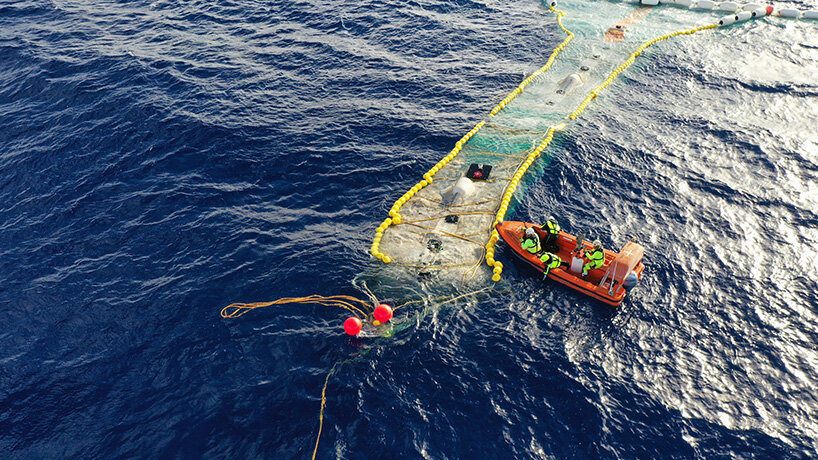 this is system 002 in action

the ocean cleanup’s system 002 was deployed in the great pacific garbage patch (GPGP) where the team has been testing it out over 70 separate tests. the most recent test was a full duration one, created to fill up jenny’s barriers throughout the course of six weeks. the team said the test concluded with great success, where slat took to twitter to say ‘it all worked!!! massive load. we’ll try to get the footage to land ASAP to share.’ 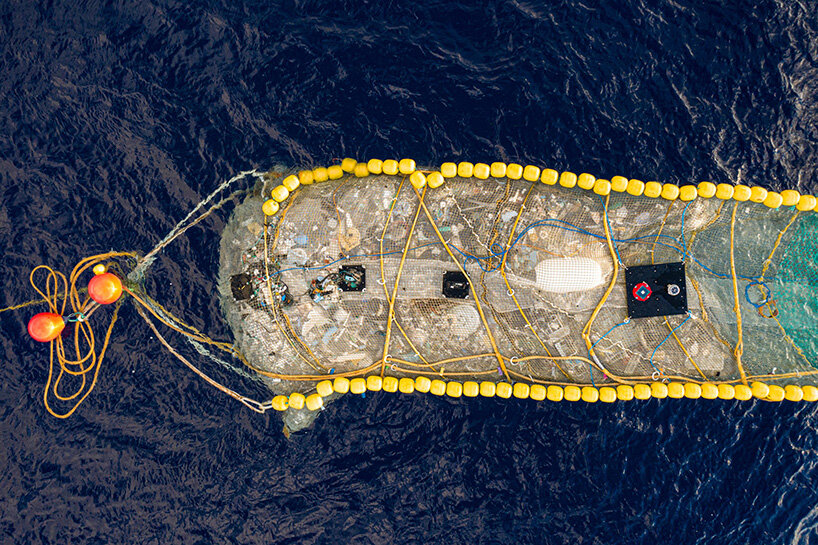 the crew offshore in the great pacific garbage patch achieved their largest ocean plastic catch to date in a single extraction with system 002 on september 22nd 2021. this load amounts to 3.8 tons and concludes the last short test of the campaign. 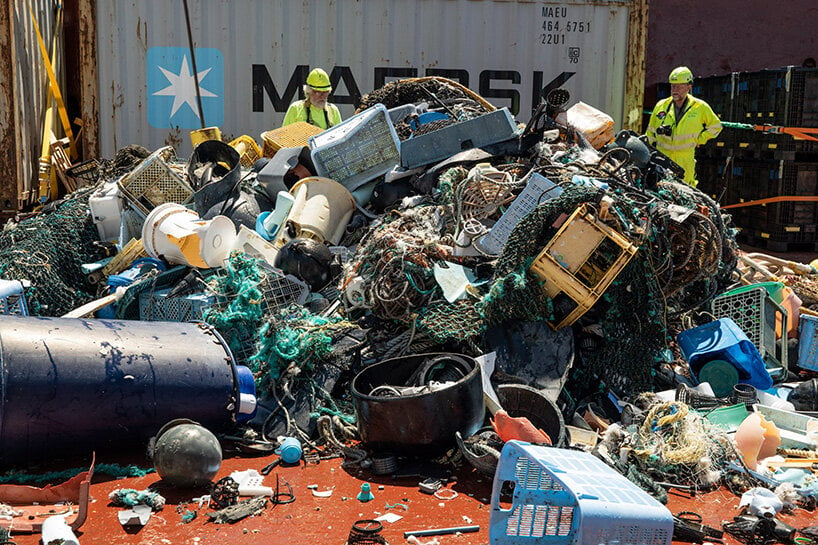 all the plastic collected

more information about the catch will be available soon, including how much is jenny able to clean. 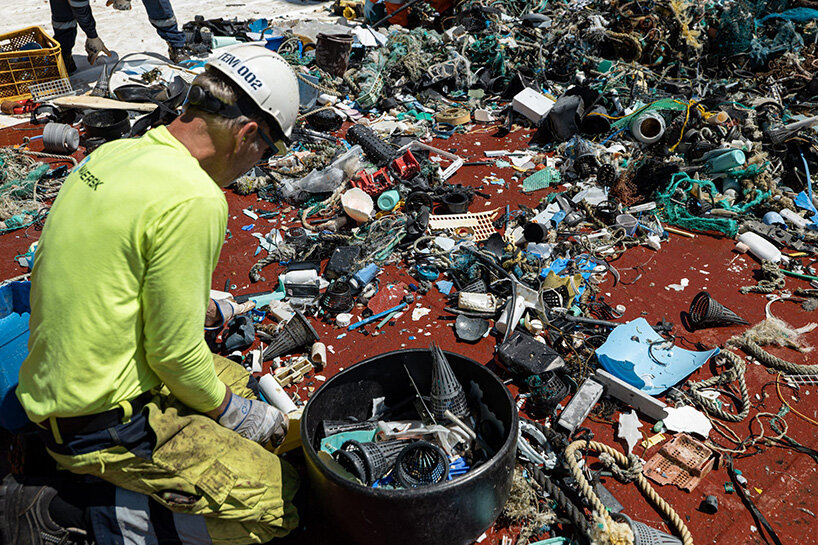 ‘another big catch on deck’

the ocean cleanup, which was nominated for THE DESIGN PRIZE 2019 in the category ‘social impact,’ attempted to clean-up the great pacific garbage patch. it launched its first device in september 2019,  a giant ‘pac-man’ system consisting of a 600-meter-long floating tube that sits at the surface of the water, with a tapered 3-meter-deep skirt attached below to catch plastic waste.