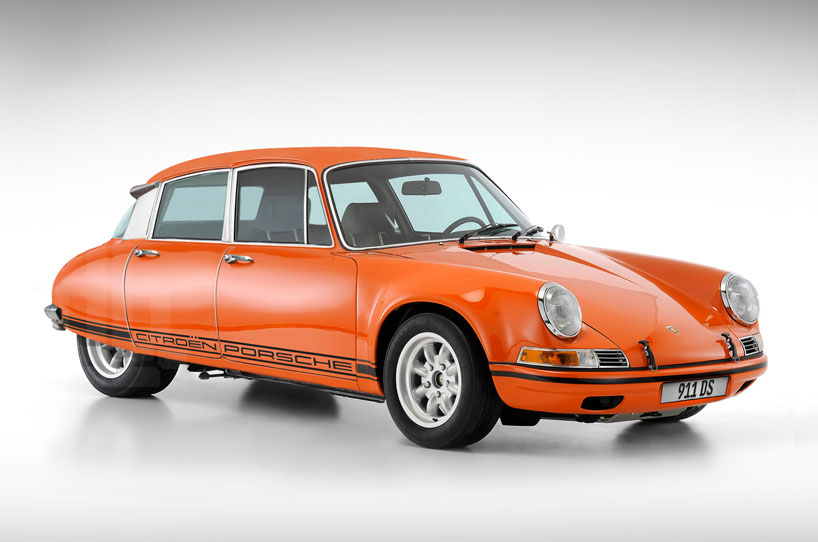 
upon first inspection, ‘the perfect car’ by visual communication studio brandpowder might seem almost too good to be true. the american design group has combined a porsche 911 and a citroen DS – two of the most renown classic vehicles ever produced – into a fully convincing photoshopped rendition (even I was fooled) of the four-door sportscar. led by stewart johnson, the german-french concept would be fitted with a turbocharged 260 horsepower engine in the rear bonnet of the 1955 DS. under the hood, its original air cooling system would ideally be replaced with a forced water cooling pipeline, and an enlarged set of tires and rigid chassis would be incorporated to provide the 911 DS with stability at higher-speeds. 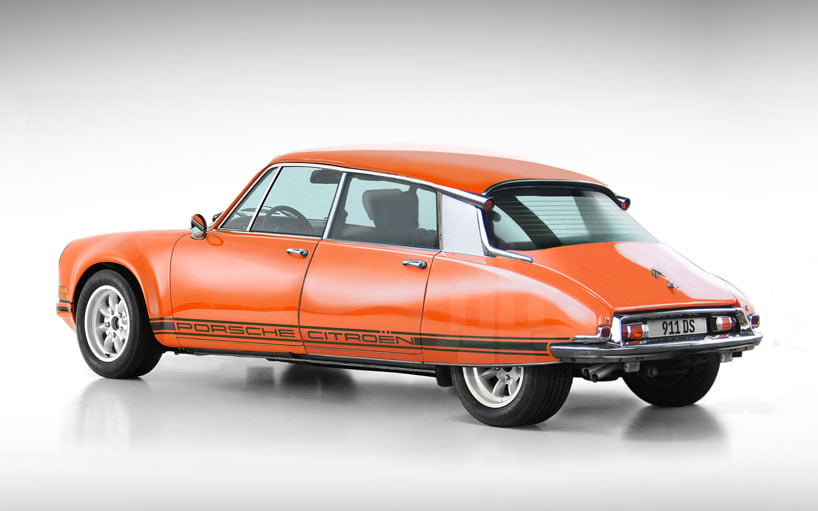 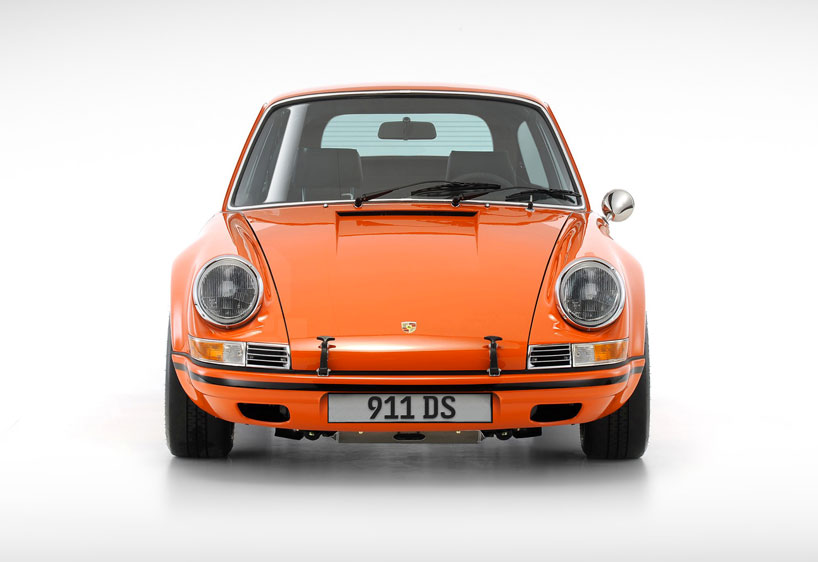 the front view of 911DS looks just like the original 911 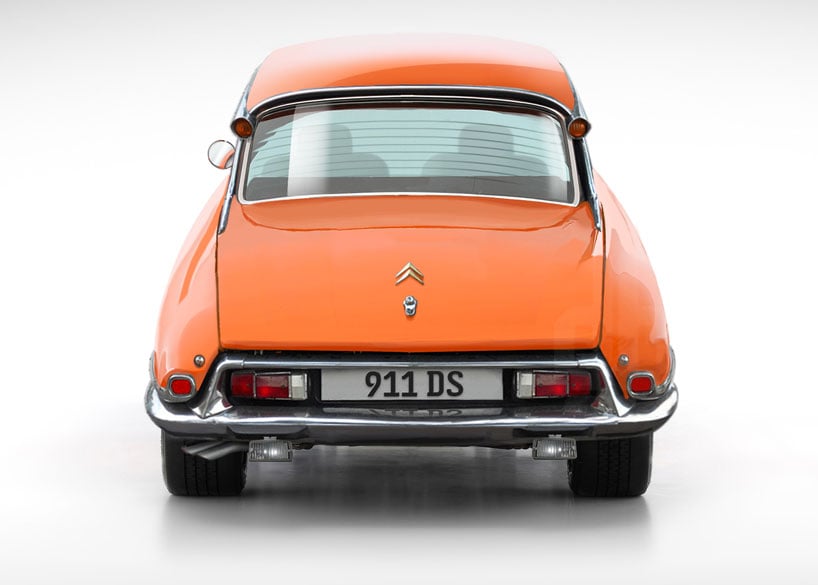 seen from behind, the 911DS looks rather inconspicuous – a turbocharged 3000 cc, 260hp would rest under the hood 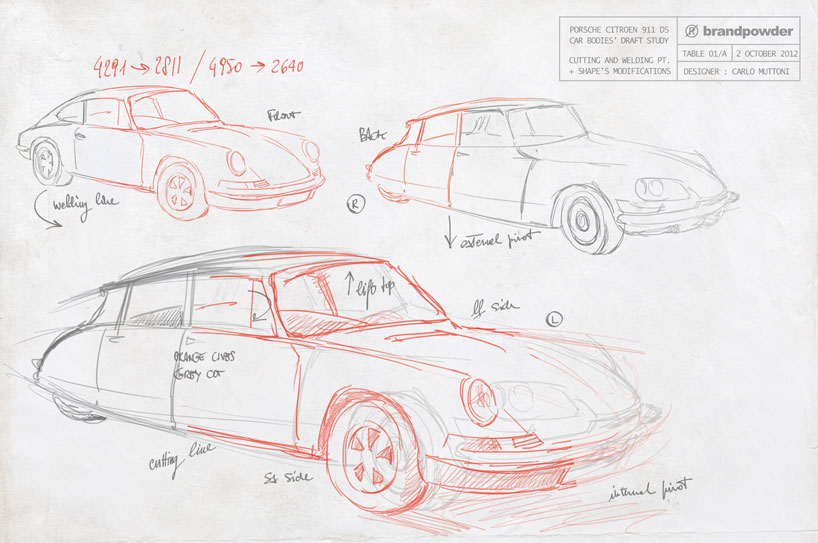 preliminary sketches before the cut-and-weld phase 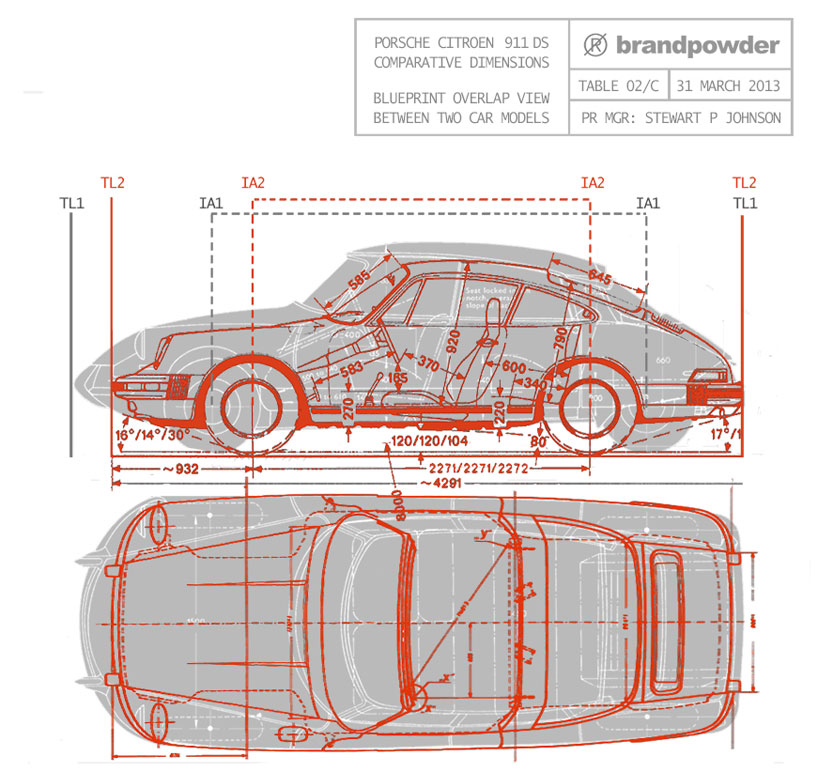 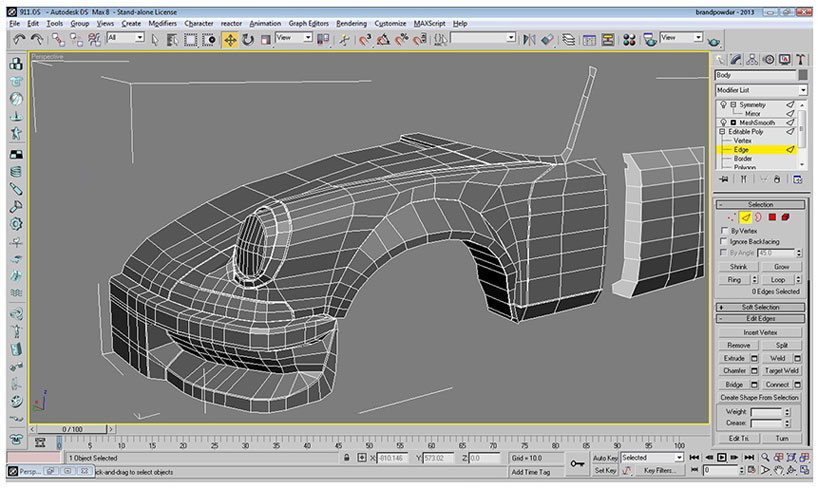