the safest bike on the road is 100% reflective

about a year ago, boston-based lawyer josh zisson decided to create the safest bicycle on the road. the concept uses retro-reflective frame coatings, a dynamo hub in the front powering LED headlight with daytime running lights and a taillight that illuminates itself during braking. instead of a derailleur, it has an 8-speed internally geared rear hub for reducing maintenance, also allowing for shifting while stationary—a valuable feature when users always stop at red lights.

equipped with full fenders for rainy commutes, puncture resistant tires and tubes, a double kickstand, and a chainguard, the ‘safest bike’ gets even safer during night riding. developed by halo coatings, the reflective formula uses similar technology to that of industrial guardrails and signposts for highways, working only during darker conditions. during daylight, the frame retains its original color, disclosing the safety feature. 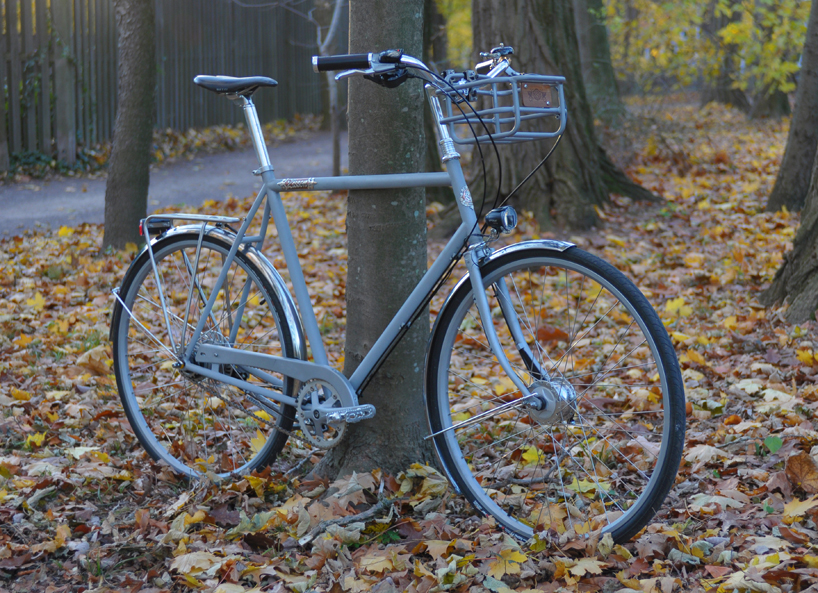 frame color during the day 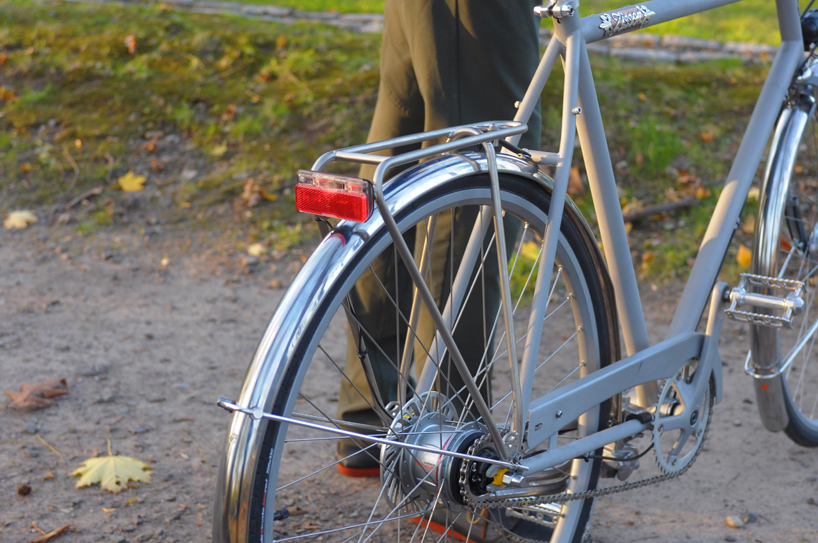 rear view of the brake light 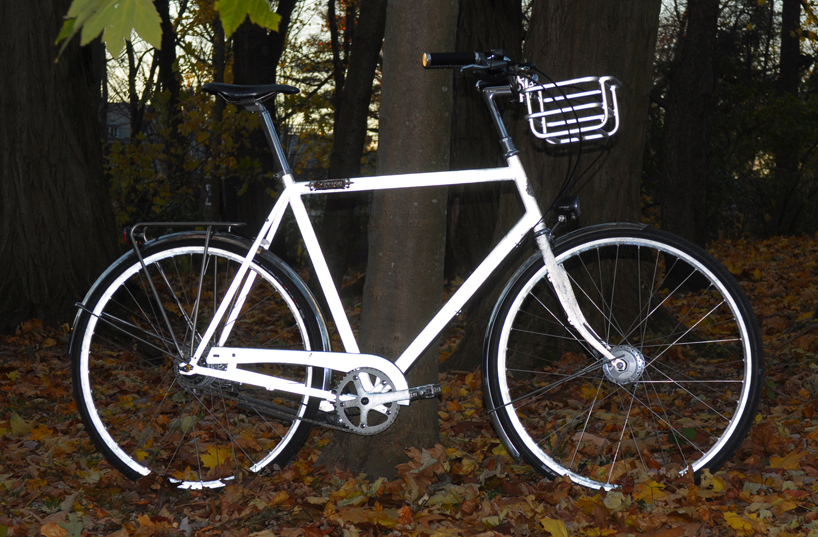 illumination context in the dark when exposed to light 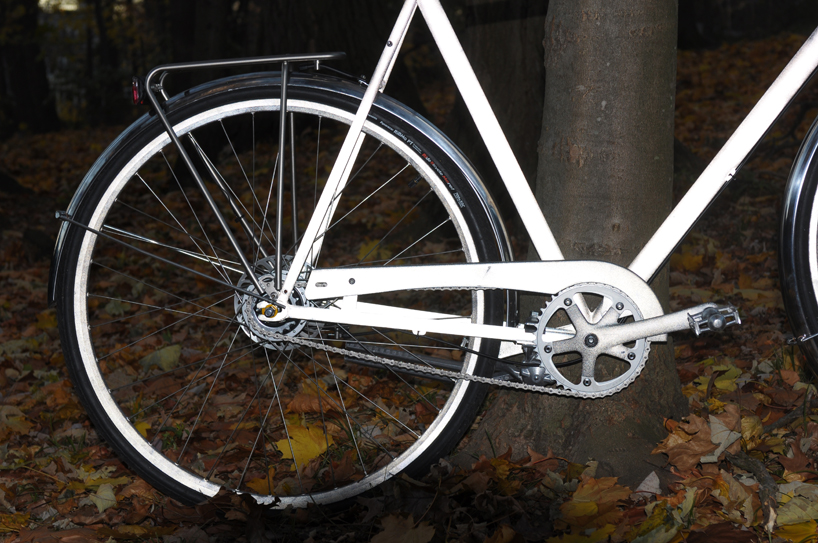 detail of the reflection output