devoted to networking the car with its environment – with a particular focus on future piloted driving and mobile communications, AUDI has also responded to the development of innovative lighting technologies by presenting concepts at the 2013 CES in las vegas. 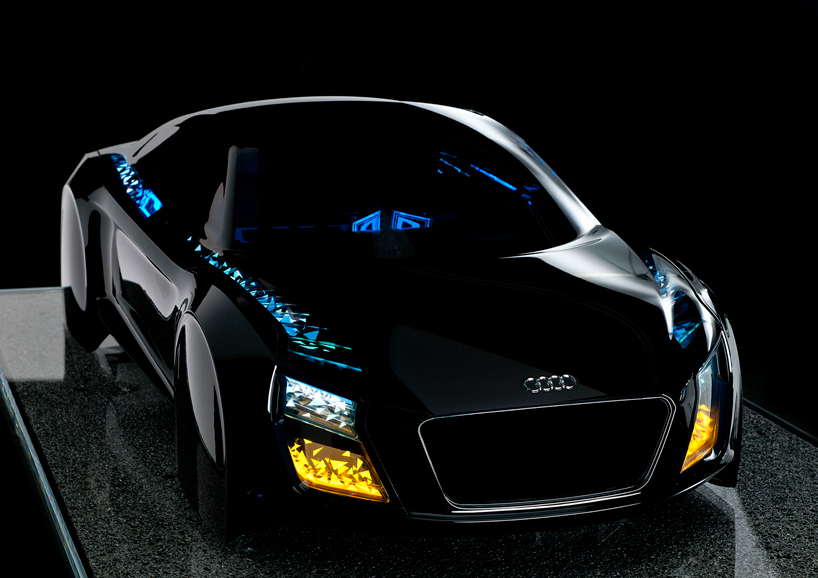 ideally suited for use inside the vehicle or in rear lights, the OLED technology correlates to the external light design, which AUDI is aiming to adopt – will be as intelligent as it is attractive. it can, for example, react to the approaching driver, follow his or her movements and highlight the main contours of the vehicle or the door handle. when the user has entered the car, restrained OLED lighting will become active inside. 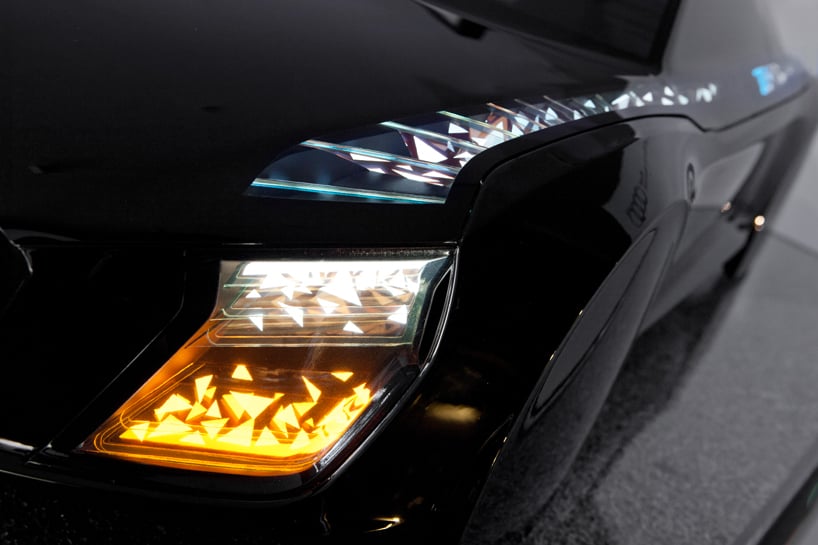 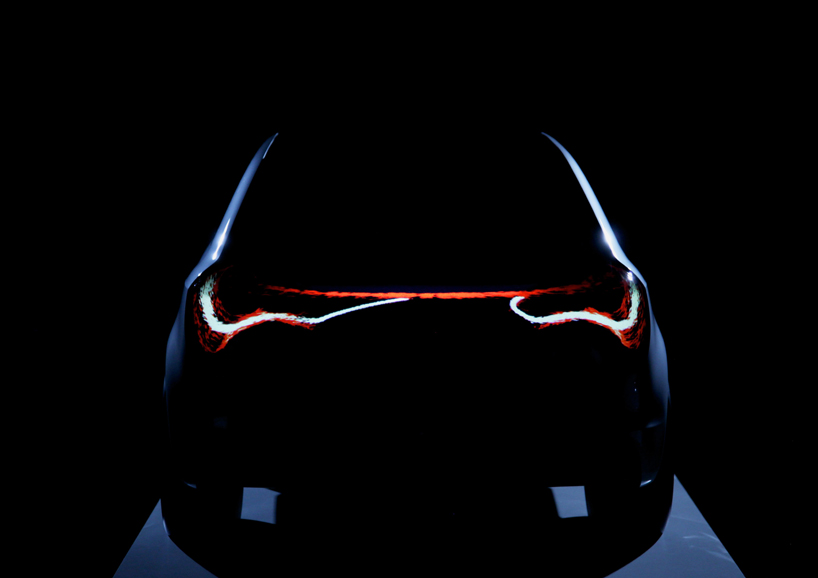 using OLED technologies, AUDI engineers have developed ‘the swarm’ bu transforming a vehicle’s rear end into a large, continuous light surface, with innumerable small points of light flickering like a swarm of fish. the movements of the red dots follow the movements of the vehicle. when a right turn is made, they flow to the right; when the car is braked, they flow rapidly forwards; the faster the car goes, the faster they move. the following driver can always see right away what the driver of the car in front is doing. 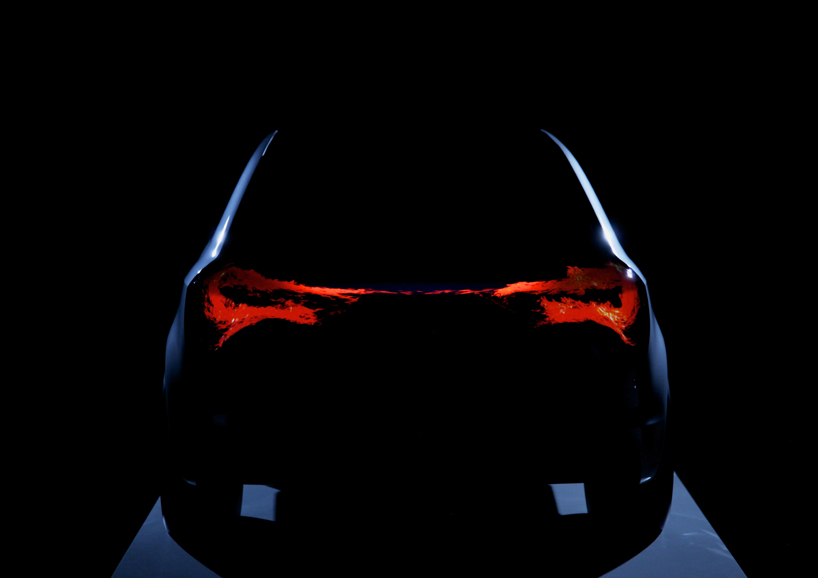 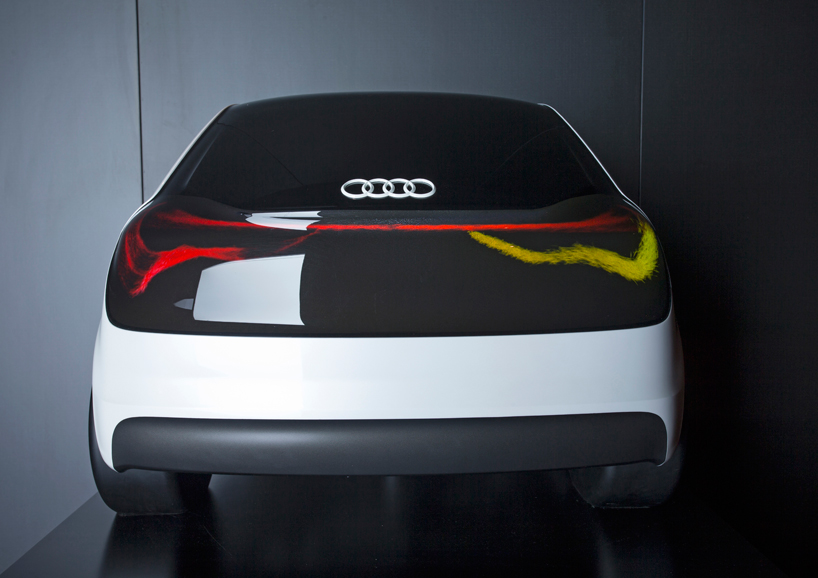 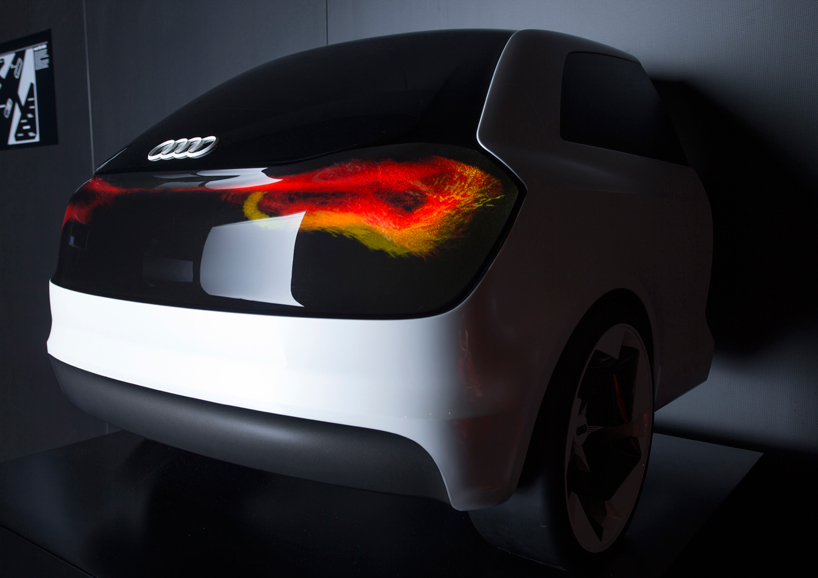 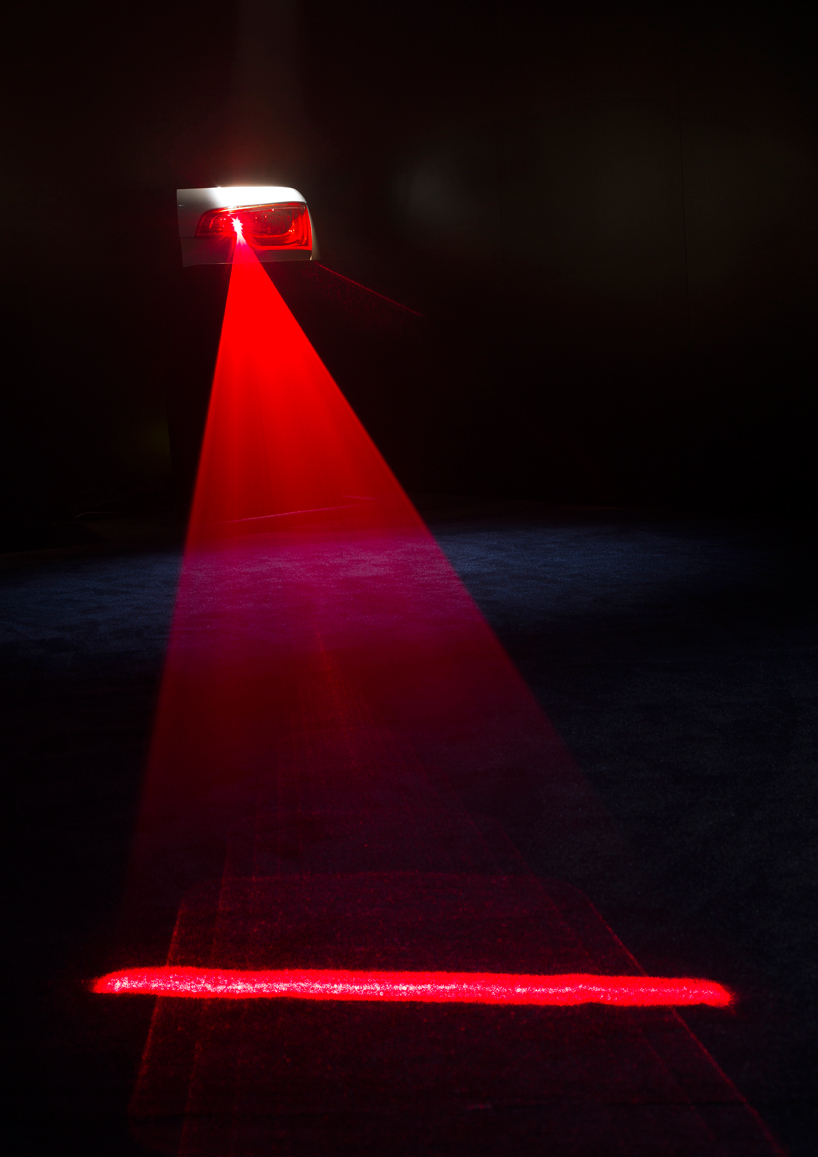 the ‘laser tail light’ is generated by a laser diode and provides drivers behind with a bright, clear signal. in good visibility, the fan-shaped laser tail light that shines slightly downward is perceived as a red line on the road and prompts the driver behind to maintain sufficient distance – similar to a stop line. in fog or spray, the laser beam strikes the water droplets in the air and makes them visible; the line is then seen as a triangle. the laser tail light looks like a large warning triangle. 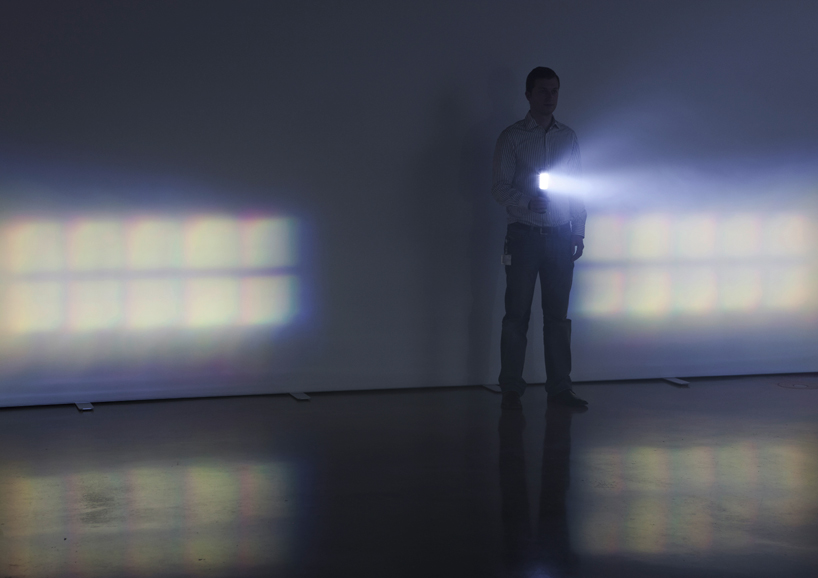 known as the ‘matrix beam’, the principle consists of dividing the LED main-beam headlight up into a large number of individual segments. the small individual diodes backed by lenses or reflectors always provide excellent illumination without needing a swiveling mechanism. they are simply switched on and off individually or dimmed to suit the situation. 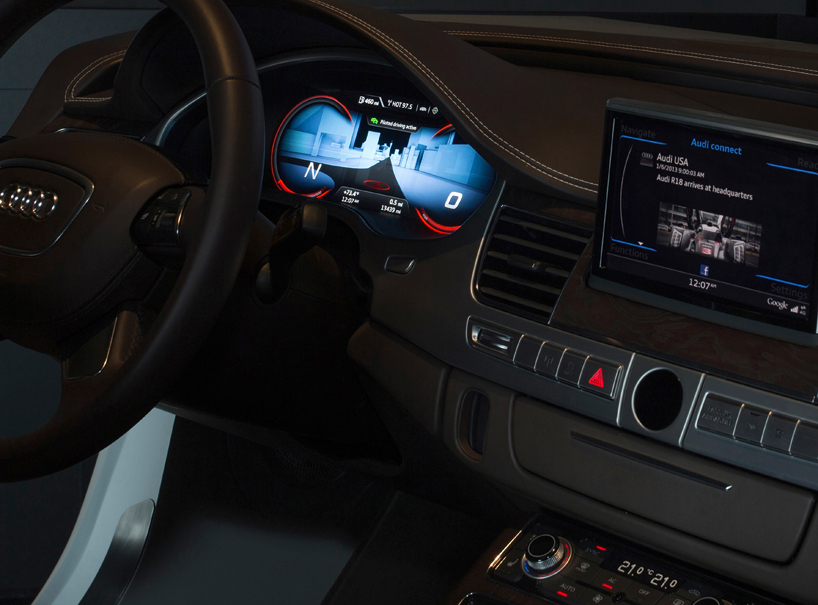