thonet has collaborated with london-based designer andy martin to develop a concept road bicycle using their steam bending process developed in the 1930s. constructed using beech wood, the frame is precisely adjusted with a CNC machine along with its solid beech pan which sits on sprung rod supports to reinforce joints and major stress areas in the frame. the fixed gear conception takes influence from the tradition of cycling; where one has a greater connection to the bike and the surface a user rides on. built without brakes, it still has the capabilities of using several interchangeable gear ratios. 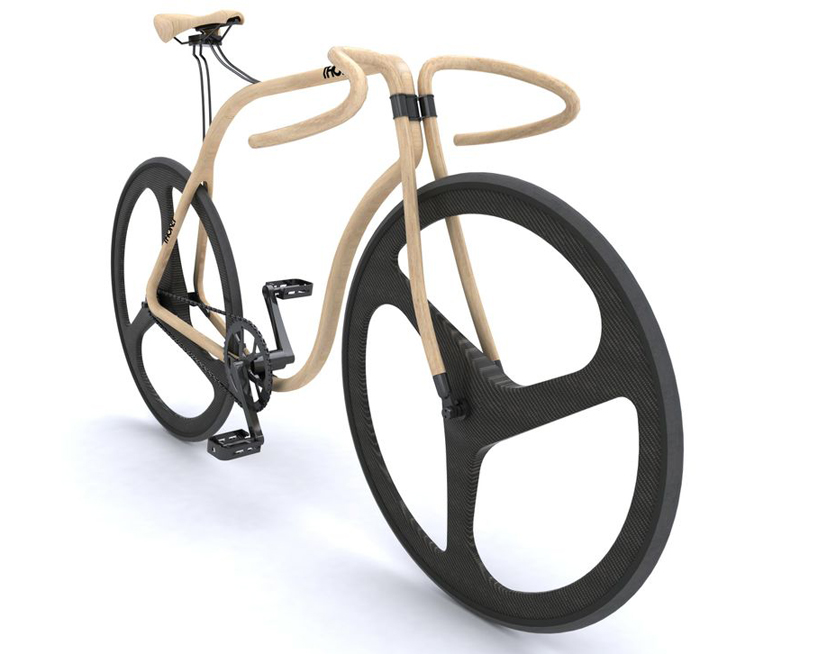 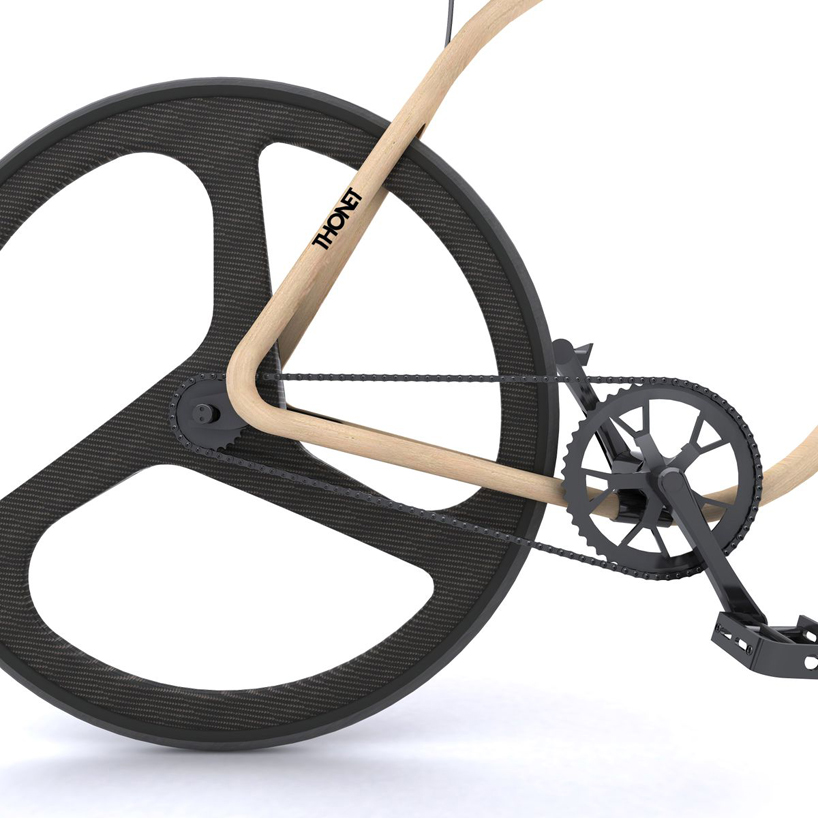 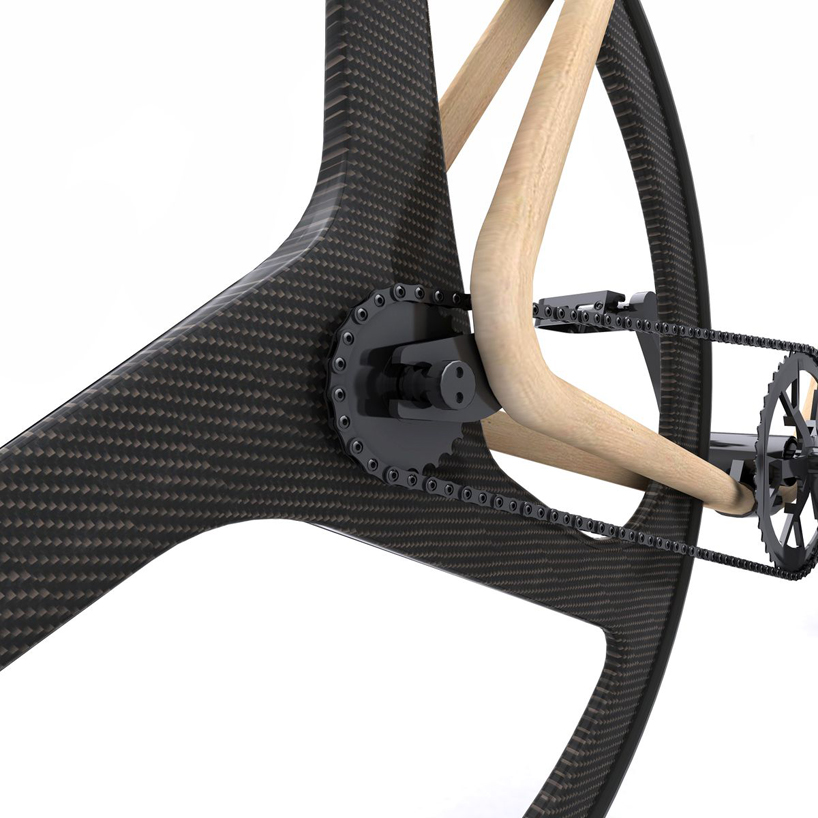 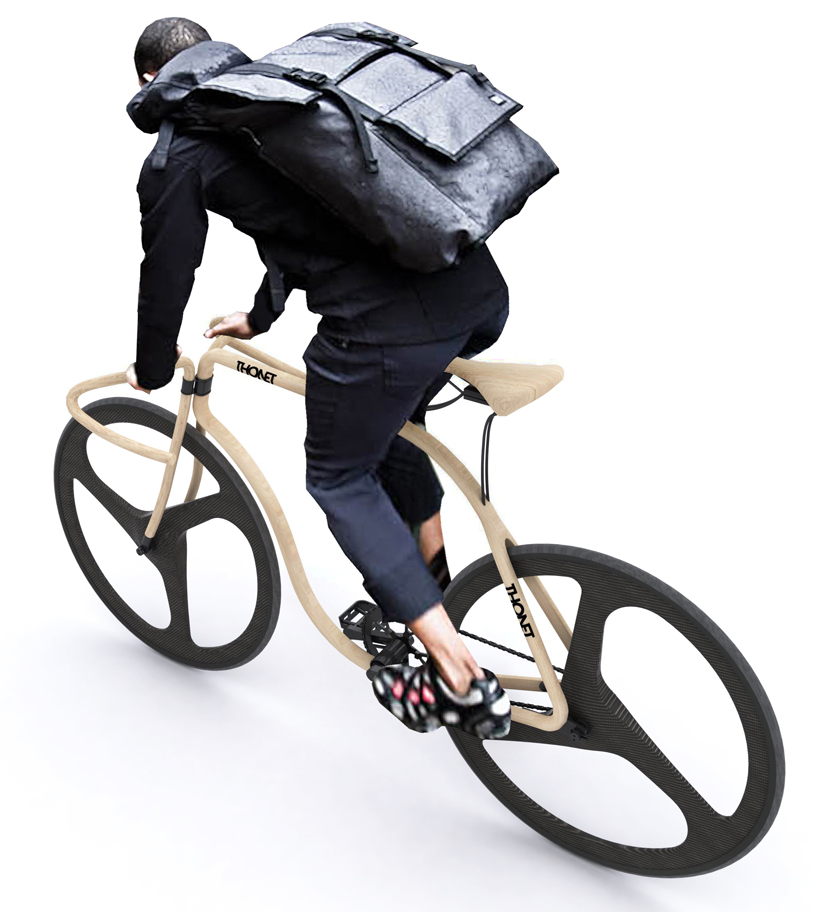