going beyond typical panoramic photography, berlin-based company panono has developed a throwable ball camera packed with 36, 2.0 megapixel lenses that shoot in the air simultaneously. launched on indiegogo, the interactive device captures 360 degree moments in high-resolution and can be viewed in its entirety using the panono app. users can move their tablet or smartphone up and down as if they were inside a full-spherical image.

‘we’re creating an entirely new panoramic-photography experience, one that can finally include people and is social,’ says jonas pfeil, president and co-founder of panono. ‘until now, it’s been impossible to take good panoramic shots with people in them because people move in between shots and cause ghosting. since all of panono’s 36 cameras fire at once in every direction, it captures an instant in time that includes everyone—even the photographer—in a blur-free panoramic image.

the lightweight panono features a built-in accelerometer, which when the ball camera is tossed in the air, measures the launch acceleration to calculate when the ball will reach its apex. at that point, when panono is at its highest point and barely moving before it starts to descend, all of the 36 fixed-focus cameras fire at the same time to take a 72 megapixel, high-resolution full-spherical image. 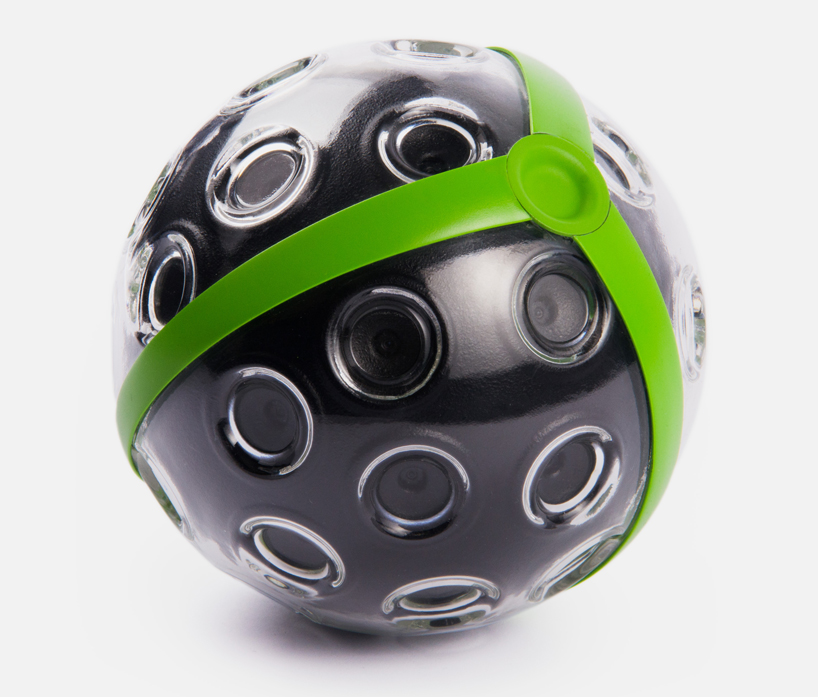 the panono ball camera is fitted with 36 cameras, each outputting 2 megapixels of resolution